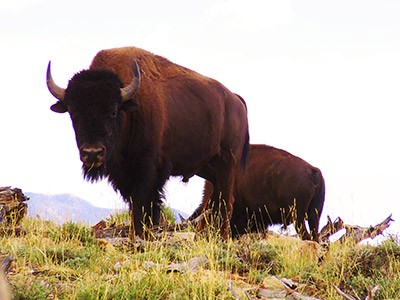 Bison of Utah's Henry Mountains descended from animals transplanted to the area from Yellowstone National Park in the 1940s. Using genetic analysis, USU and TAMU scientists confirmed the bison are not crossbred with cattle. Photo by Dustin Ranglack.

Scientists from Utah State University and Texas A&M University confirm a remnant of the Wild, Wild West lives on in a remote region of southeastern Utah.

Tucked away in the Henry Mountains is a population of about 350 genetically pure American plains bison, disease-free and not crossbred with cattle, thriving in the emerald-green, high altitude oasis of the barren, red-rock landscape.

Ranglack is lead author on a detailed study conducted with du Toit, his former advisor, of the Utah bison population. Together with TAMU colleagues James Derr and Lauren Dobson, the USU scientists analyzed genetic samples from 129 individual animals. Their work, supported by the Utah Division of Wildlife Resources, is published in the Dec. 16, 2015, online edition of PLOS ONE.

The team’s efforts validate a longtime hunch about the ancestry of the Henry Mountains herd. The Utah bovines originated from less than 20 bison transplanted in the 1940s from Yellowstone National Park to rugged desert terrain near Robbers’ Roost Canyon, of Butch Cassidy fame. The tenacious mammals soon made their way some 50 miles southwest to their current home; public lands managed by the U.S. Bureau of Land Management. There, they have roamed freely among beef cattle for more than 70 years.

The North American plains once teemed with millions of bison, a primary resource for Native Americans, until the large animals were nearly hunted to extinction during the 1800s. Today, about 500,000 bison remain outside of conservation herds but their lineage has veered from their ancestors. Virtually all have been hybridized, to some extent, with cattle.

During the 19th Century, bison were crossbred in confinement with domestic cattle with hopes of creating livestock with the most favorable characteristics of each species.

“The idea was to breed livestock with the hardy, drought-resistant traits of the bison and the more docile nature of cattle,” du Toit says.

The Henry Mountains herd, along with bison herds in Wyoming’s Yellowstone National Park and Wind Cave National Park, are the only conservation herds of American bison free of detectable levels of cattle DNA remaining on public land in the United States. All are descended from the same remnant of the vast population that once roamed the continent.

Bison-cattle hybridization was accomplished in managed settings, but a widely held assumption has been that allowing bison and cattle to graze together on open rangeland would also result in cross-breeding.

“But with this study, we’ve found that’s not the case,” du Toit says. “Given a choice, a bison bull shows no interest in domestic cows.”

The implications for bison conservation are significant, he says, because the study shows bison and cattle can co-exist and share food resources.

Further, unlike their northern cousins, the Henry Mountains bison are free of brucellosis, a highly contagious bacterial disease that affects bison, cattle, elk, dogs and even humans.

“The Henry Mountains bison are the only demonstrated genetically pure, disease-free and free-ranging bison population left in North America,” du Toit says. “They’re consequently an extremely important resource for restoring the iconic mammal – just voted Dec. 3, as a candidate for national mammal by the U.S. Senate – to more of its former range.” 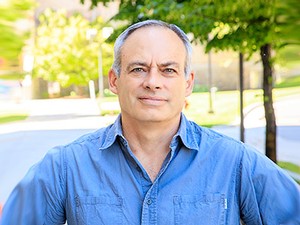 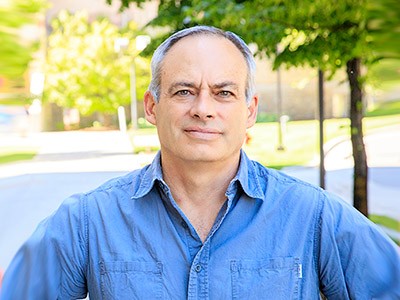