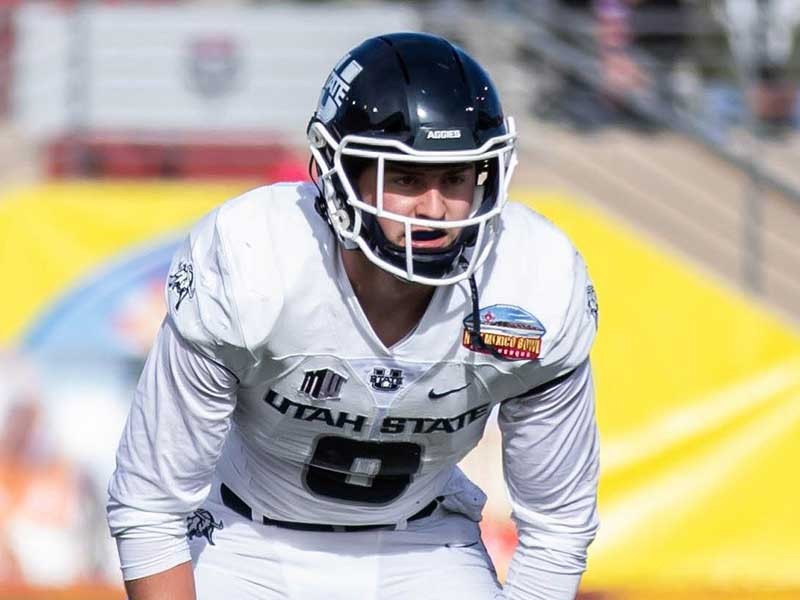 Utah State's David Woodward is one of 42 college football players named to the 2019 Lott IMPACT Trophy Watch list, it was announced by the Pacific Club IMPACT Foundation.

Overall, there are 18 linebackers on the Watch List to go along with 13 defensive backs and 11 defensive linemen.

Woodward is one of three Mountain West players recognized by the Lott IMPACT Trophy along with Boise State's Curtis Weaver and Fresno State's Mykal Walker.

Woodward, a 6-foot-2, 230-pound junior from Olympia, Wash. (Olympia HS), earned first-team All-America honors from Pro Football Focus (PFF) and third-team All-America honors from The Associated Press (AP) as a sophomore in 2018 as he started all 13 games and finished the season with 134 tackles (52-solo, 82-assist), which included 5.0 sacks and 12.5 tackles for loss, to go along with two forced fumbles, two interceptions, three pass breakups and four quarterback hurries. He was also named the PFF Mountain West Defensive Player of the Year as he ranked first in the MW and 11th in the nation with 134 tackles (11.2 pg).

Following his sophomore season, Woodward graded out as the top linebacker in the nation, according to PFF, at 91.6 percent as he ranked fourth among linebackers with a 92.4 grade against the run and fourth in coverage at 90.5 and only missed two tackles all season.

Along with being named to the Lott IMPACT Trophy Watch List, Woodward has also been named to Athlon Sports 2019 preseason all-Mountain West first team.

Founded in 2004 by The Pacific Club IMPACT Foundation, The Lott Trophy is the first and only college football award to equally recognize athletic performance and the personal character attributes of the player. The Lott Trophy is given to the player who exhibits the same characteristics Lott embodied during his distinguished career: Integrity, Maturity, Performance, Academics, Community and Tenacity.

Voters for the award include selected members of the national media, previous finalists, the Board of Directors of the Pacific Club IMPACT Foundation and a distinguished group of former college football head coaches. To date, the Foundation has donated more than $1.5 million to various charities throughout the country.

The 16th annual Lott Trophy dinner will be held Dec. 15th at The Pacific Club in Newport Beach, Calif.