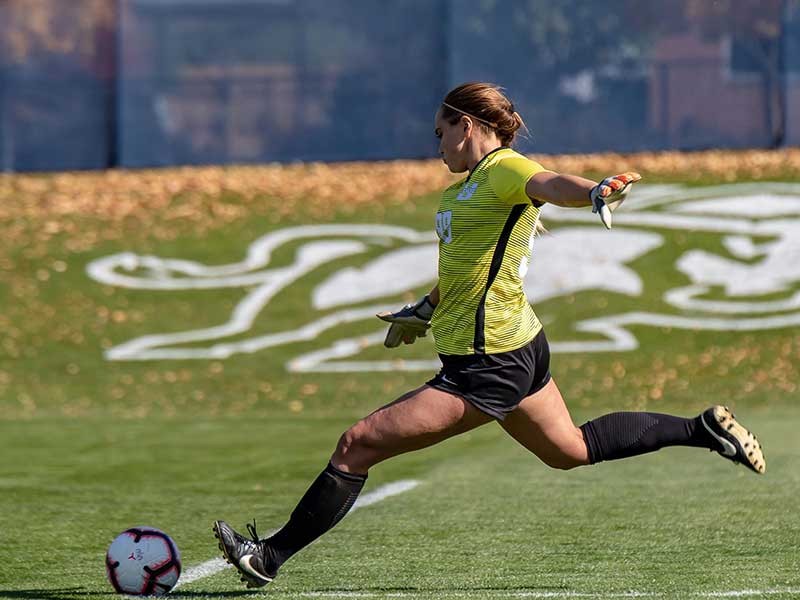 Utah State's Grace McGuire is one of a record 585 nominees for the 2019 NCAA Woman of the Year, as announced by the NCAA on Wednesday. McGuire, a member of the USU soccer team, recently graduated from Utah State with both an undergraduate and master's degree in business management.

McGuire led all keepers a season ago by playing more than 1,400 minutes in goal and led the Aggies with 80 saves, the ninth-most in a single season in Utah State history. McGuire started between the posts in each of  USU's victories last season and ranks sixth in school history with a 1.13 career goals against average.

Outside the field of competition, McGuire served as the Mountain West's NCAA representative for the conference's Student Athlete Advisory Committee (SAAC) and the president of Utah State's SAAC. McGuire also worked as an intern in Washington D.C., as a member of Representative Mia Love's staff during the summer of 2017.

During the next step, conferences will select up to two nominees each from the pool of school nominees. Then, the Woman of the Year selection committee, made up of representatives from the NCAA membership, will choose the Top-30 honorees — 10 from each division.

The selection committee will determine the top-three honorees from each division from the Top 30 and announce the nine finalists in September. From those nine finalists, the NCAA Committee on Women's Athletics then will choose the 2019 NCAA Woman of the Year.

The Top-30 honorees will be celebrated and the 2019 NCAA Woman of the Year will be named at the annual award ceremony Oct. 20 in Indianapolis.