Red Riding Hood’s wolf, Peter and the Wolf, the Big, Bad Wolf, werewolves … Reach back in your childhood library or reminisce about your teenage movie-viewing habits and you can probably conjure up frightening images of menacing critters. Despite their scary reputation, most Utahns display a positive attitude toward the four-legged predators, say Utah State University researchers.
“Examining how people felt about wolves yielded some surprising results,” says USU alum Jeremy Bruskotter, who surveyed Utah residents in 2003, replicating methods used in a survey conducted almost a decade earlier.
Bruskotter conducted the National Science Foundation-funded study as part of his master’s thesis with faculty mentor Robert Schmidt, associate professor in USU’s Department of Environment and Society, and fellow USU graduate student Tara Teel, now a Colorado State University faculty member. Results of the research appear in the article “Are attitudes toward wolves changing? A case study in Utah” in the September 2007 issue of Biological Conservation.
The study was also supported by the USU-led Berryman Institute for Wildlife Damage Management.
Survey participants responded to such statements as “Putting wolves back into their former habitat will restore the balance to the deer populations in that area,” “The wolf is a killing machine” and “Wolves would be a significant predator on livestock in Utah.”
Though the status of wolves in the American West is a volatile, polarizing issue among a portion of the population, Bruskotter says, the general public approaches the issue from a much more temperate and stable perspective.
“Some people either love or hate wolves, but most are impartial,” he says. “And, according to our survey, most people don’t change their opinion even when high-profile conflicts occur.”
The survey team was inspired to pursue the study following the 2002 capture of a wolf in Morgan, Utah – the first confirmed wolf sighting in the state in 70 years at the time. The Yellowstone-born, radio-collared male, known as “253,” was caught in a coyote trap, and his widely reported plight generated intense sympathy among Utahns.
“We thought 253’s notoriety might impact our survey and be reflected in attitude changes from earlier queries, but that wasn’t the case,” says Bruskotter, who is completing his doctorate at the University of Minnesota and starting a faculty position at Ohio State.
Study co-author Schmidt is less surprised about the findings.
“Most of Utah’s residents live in urban areas, they’re highly educated, their incomes are relatively high and they’re comparatively young,” he says. “These factors correlate with similar positive attitudes about environmental issues found in responses to many national surveys.”
In media sound bites, vocal opponents and proponents of wolves often say “‘we speak for everyone,’” Schmidt says. “That’s not the case. Utahns are sympathetic yet realistic about wildlife issues.”
That’s a good thing, he says. “The study findings indicate that Utahns aren’t wishy-washy – they take these kinds of issues seriously and don’t change their opinions on a whim.”
Such discerning attitudes are important, Schmidt says, as the state’s population grows and the possibility of wolf migration into the state increases.
“Wolves in Utah will impact patterns of tourism, the livestock industry and development,” he says. “They’ll affect individual residents. Wildlife managers will need the understanding and cooperation of Utahns to address these issues.”
Related links:
USU Department of Environment and Society
USU College of Natural Resources
Berryman Institute for Wildlife Damage Management
Contacts: Robert Schmidt [rschmidt@cc.usu.edu], 435-797-2536; Jeremy Bruskotter [brus0105@umn.edu], 612-721-5154.
Writer: Mary-Ann Muffoletto [maryann.muffoletto@usu.edu], 435-797-1429 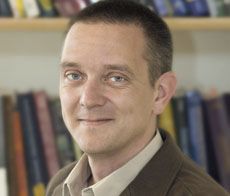 USU graduate Jeremy Bruskotter explores Utah residents' attitudes about wolves in the September issue of Biological Conservation. Bruskotter, who completes his doctorate at the University of Minnesota this fall, is joining Ohio State’s faculty. 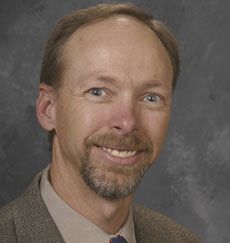 Robert Schmidt, professor in USU's Department of Environment and Society, says Utahns are sympathetic, yet realistic, about wildlife issues.