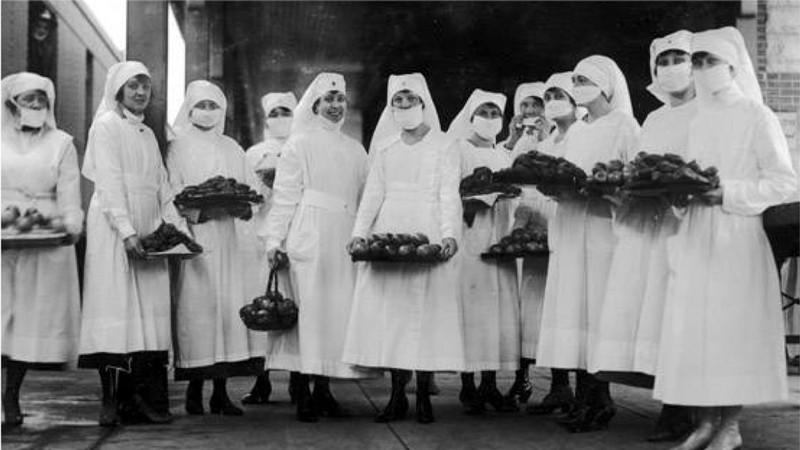 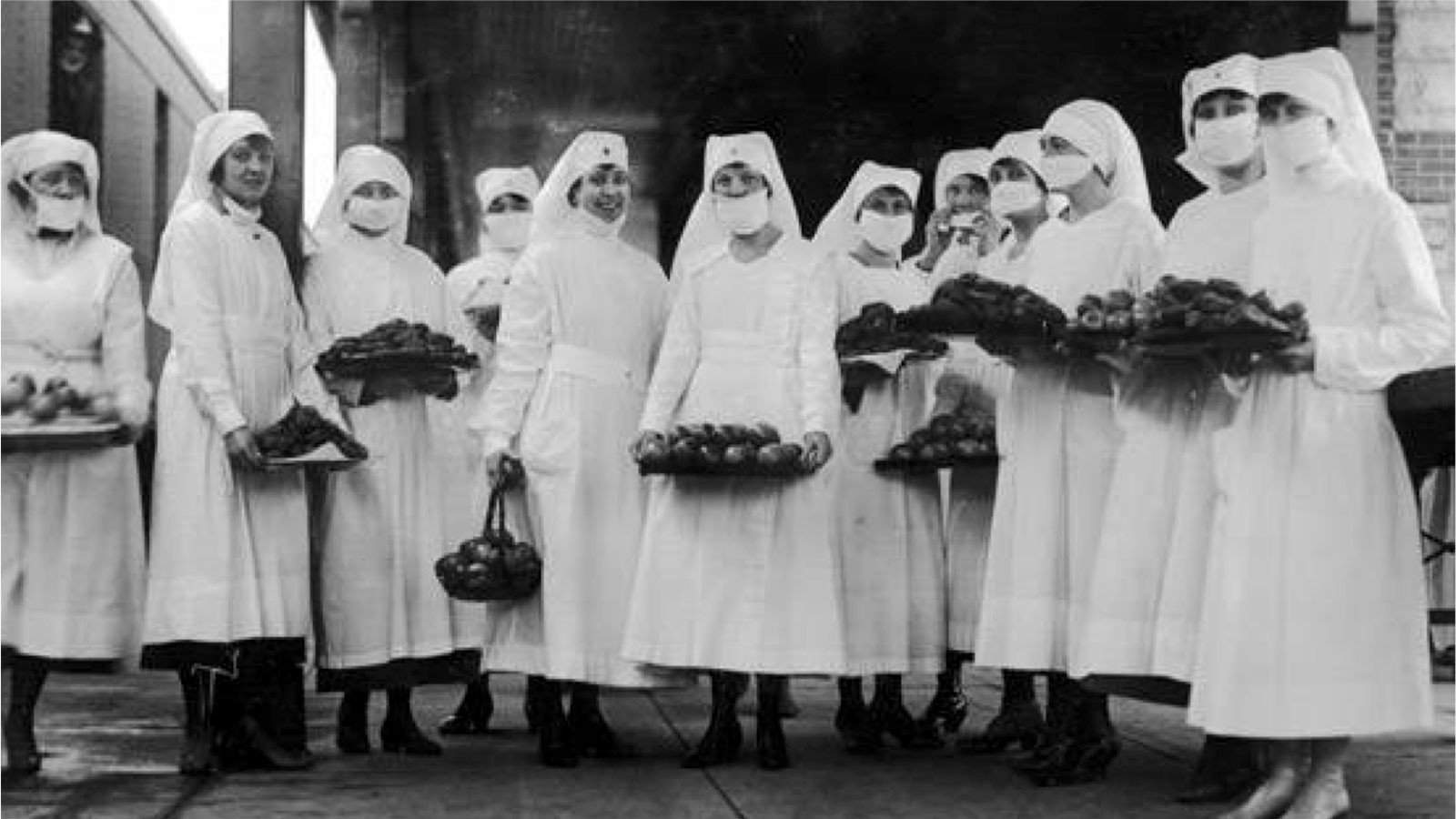 In the summer of 1918, Utah State University—then known as the Utah Agricultural College—began receiving military inductees to train in mechanical arts. Young men from Wyoming, California, and Nebraska arrived to drill on the Quad. Women students organized a Red Cross unit on campus. According to Robert Parson’s Encyclopedic History of Utah State University, students who wished to enlist were organized into the Student Army Training Corps (SATC), which had been dubbed “Safe at the College.”

Actually, the campus was only marginally safer than the Western Front. The influenza outbreak of 1918 was a global epidemic—what is now termed a pandemic-—eventually killing 500,000 in the United States and as high as 20-50 million worldwide. World War I conditions contributed to its spread as troops were crowded together, whether in the trenches or in training at home.

No one was safe. When the influenza outbreak hit the college campus, the south wing of Old Main was converted to a hospital. Phebe Almira Nebeker Peterson, wife of President E. G. Peterson, described the scene.

“Everyone wore masks (a folded piece of gauze across nose and mouth and tied with strings at the back of the head),” Mrs. Peterson said.

A diet kitchen was established by the Home Economics Department with students and faculty working shifts. Although the young soldiers were given “home care,” as Mrs. Peterson related, “their temperatures ran high, and cases of pneumonia developed. Many times the dreaded grey box was carried tenderly out of the north wing of Old Main and slipped into a waiting hearse.”

Although the mortality rates were grim, according to Discover magazine, “the vast majority of the people who contracted the 1918 flu survived.” Unlike today, antibiotics were unavailable. The newspaper from Emmett, Idaho advised in 1918 to combat influenza “by refraining from sneezing, coughing, spitting, or kissing; to avoid crowds; and to avoid worry as it reduces physical resistance.” Sounds very much like contemporary advice to consider social distancing.

When the 1918 Influenza struck Utah State University, the Aggies responded. In 2020, understanding that the campus and community are in “unprecedented times that require unprecedented action,” USU is making the health and safety of its students, staff, and faculty a priority. Once again, USU made its facilities available for isolation accommodation for those who needed them. People in the healthcare sector self-isolated to protect their families. Health and safety remain a top priority for USU’s residence halls and its campuses at large throughout the state.

Alison Comish Thorne, “Women in the History of Utah’s Land-Grant College.” A paper prepared for the 75th anniversary of Faculty Women’s League, 7 March 1986. 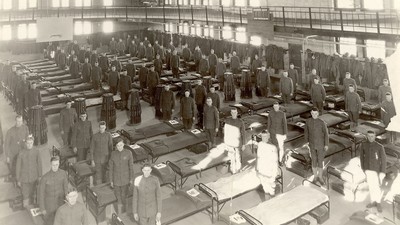 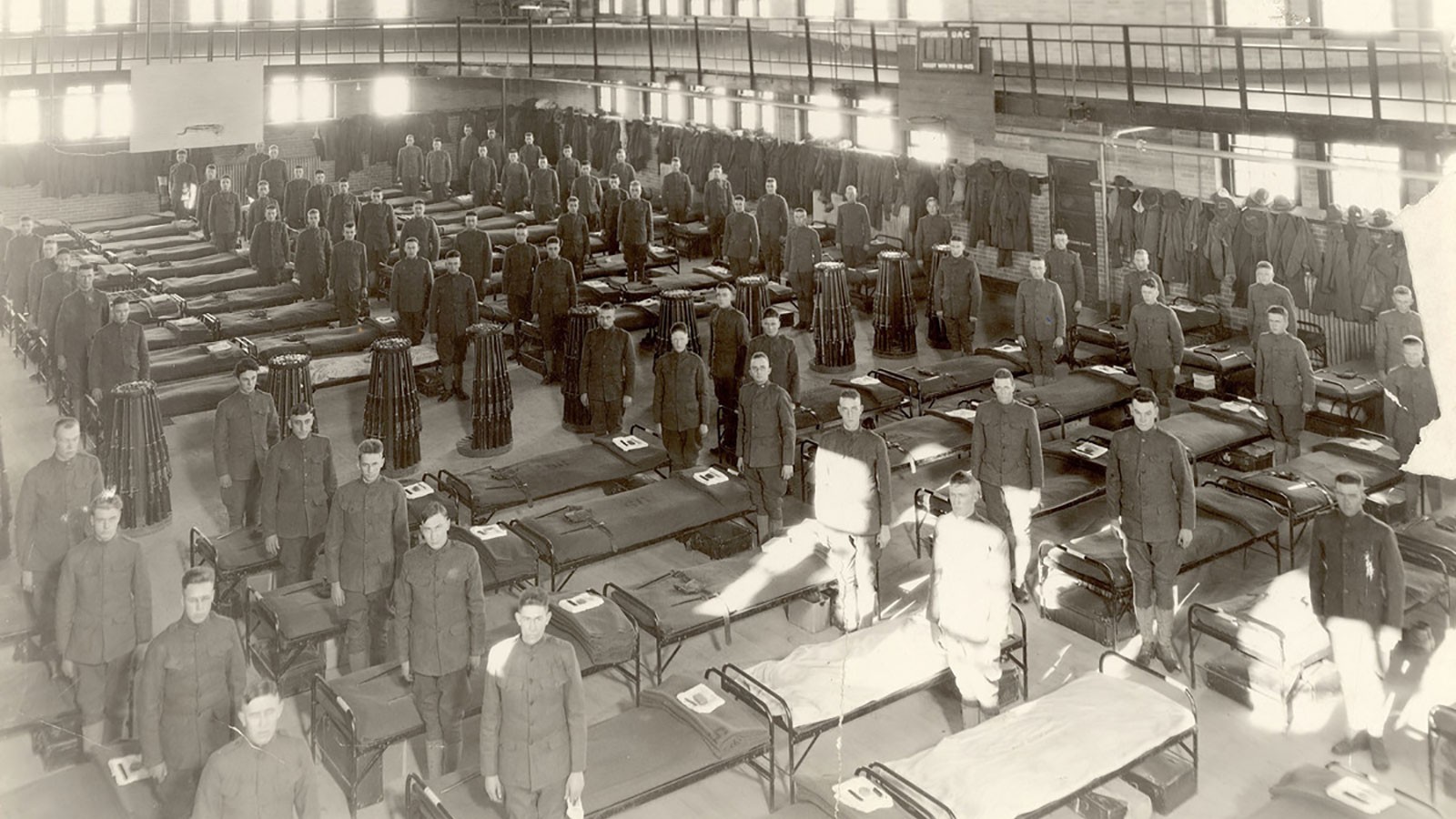 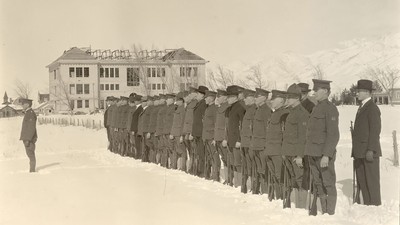 ROTC military formation on the Quad, 1918. 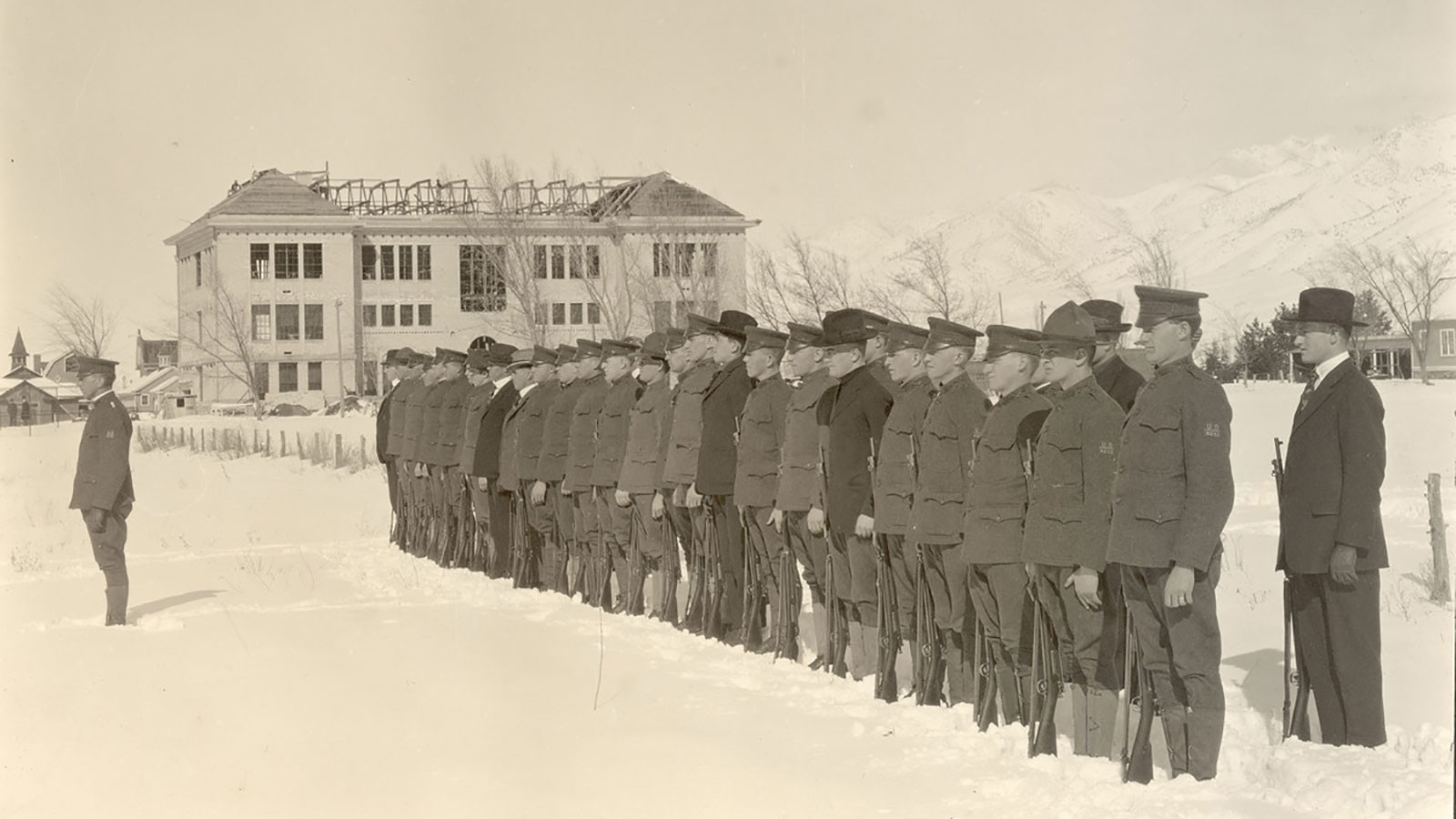 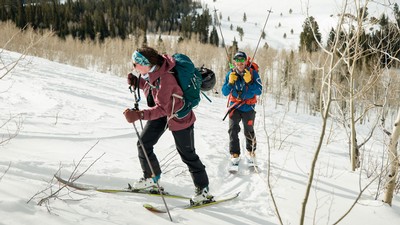