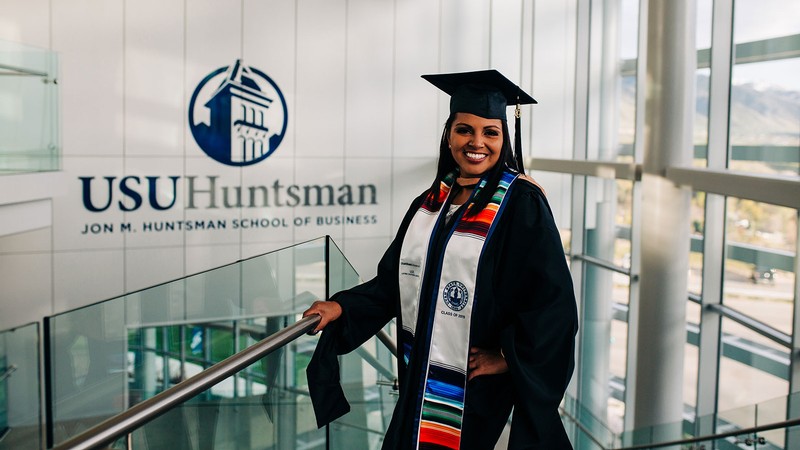 Isela Phelps is a first-generation college student who moved to the United States from Mexico in 1990 at the age of 14. Thirty years later, she is an employee of USU's ServiceNow team, having graduated with a bachelor's in business administration, minor in marketing, and a master's in management information systems from USU’s Jon M. Huntsman School of Business. Photo Credit: Nicole Wilkinson. 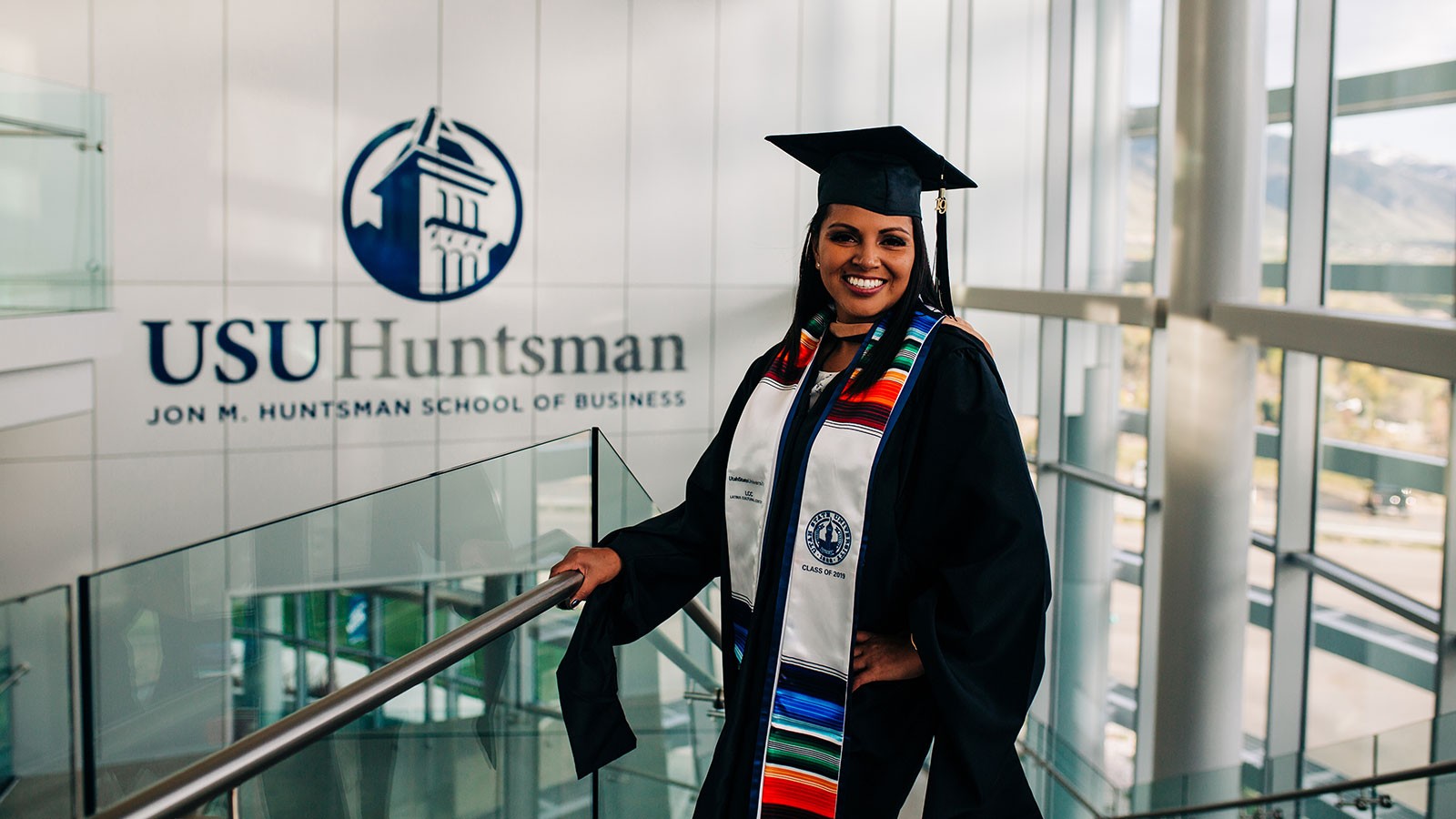 Utah State University’s Year of the Woman has uncovered stories of many woman who defied the odds and accomplished great things regardless their backgrounds. Today, we highlight the incredible women who have participated in USU’s Business programs.

In 1955, Larzette Hale became the first Black female CPA to earn a doctorate in accounting. The head of the Utah State University School of Accountancy for 13 years before retiring in 1990, Dr. Hale served as the national president of the American Woman's Society of CPAs and Beta Alpha Psi, the international honor society for accounting, finance and information systems.

At 11 years of age, following the death of her father, Larzette was placed in an orphanage. Unfortunately, her mother could not take care of Larzette and her sister in the South where they lived. An excellent performance in a typing class led to a position in the orphanage's business office. She found a mentor in the orphanage's accountant, Ms. Brooks, and began to assist with bookkeeping and was inspired to pursue studies in accounting.

Dr. Hale graduated from Langston University in a time when Blacks were not allowed to enroll in Oklahoma's two state universities. She went on to earn a master's in accounting from the University of Wisconsin and worked as a teacher at Clark College, where a mentor encouraged her to sit for the CPA Exam. In 1951, she earned her CPA license in Georgia. Four years later, she earned her doctorate from the University of Wisconsin, a first for a Black female CPA. She founded a prosperous CPA firm and became a member of the USU faculty in 1971.

Hale’s distinguished career of 43 years led the American Institute of CPAs to call her one of the most influential CPAs of all time. After her retirement, she was appointed by the Governor to serve as a Regent on the Utah Board of Higher Education, the first Black Regent in the history of the group. After her passing in 2015, the Jon M. Huntsman School of Business announced the Larzette Hale Scholarship in Accounting in remembrance of Dr. Hale and her many accomplishments.

As with Dr. Hale, mentors and persistence have been important in the life of Isela Phelps, a first-generation college student who moved to the United States from Mexico in 1990 at the age of 14. Thirty years later, she is an employee of USU’s ServiceNow team, having graduated with a bachelor’s in business administration, minor in marketing, and a master’s in management information systems from USU’s Huntsman School of Business.

Isela spent the early years of her life in Mexico before moving to New York. Once in New York, Isela begged her mother to let her go to school, which meant she could not work and contribute income to the family. Determined to make the sacrifice of her family worth it, Isela studied hard. Academics didn’t come easy due to the fact that she had to learn the language. Isela found herself translating her homework from English to Spanish, completing the assignment, and then translating her answers back into English. She existed on a few hours of sleep each night.

Reaching her senior year of high school, Isela realized she had nothing to put on a college application beyond coursework. With her spare time spent learning the language, extra-curricular activities were not part of her acumen. Opportunity struck as Isela met some amazing people. One woman saw her potential and took a chance on Isela in the form of a year’s worth of college tuition. In addition to the funding Isela needed to get her through the front doors of college, this woman taught her that there are people out there who are willing to help and mentor those who are willing to work hard.

Enrolling as a computer science major at Baruch College in New York, Isela excelled. She became involved in clubs and even became an officer in the Golden Key National Honor Society. Isela loved learning new subjects and discovering the world. This curiosity led her to an earth science class, where she developed an interest in the subject. Deciding to transfer to a university that offered a geology major, Isela found herself at Utah State University; however, upon her arrival at USU, an advisor told Isela that she would essentially be a freshman should she choose to pursue geology. Not wanting to begin again, she switched to business and found it a perfect fit. In 2003, Isela was graduated cum laude with a bachelor’s and became a first-generation college graduate, a dream that could not have been met without the support of her family and mentors.

While working full-time at USU, Isela enrolled and completed her master’s in management information systems. With her support system still behind her, she graduated in 2019. Today, Isela works as a developer with USU’s ServiceNow team, which provides crucial support in information technology to the campus. She is also an accomplished author with over a dozen books published in the knitting industry. 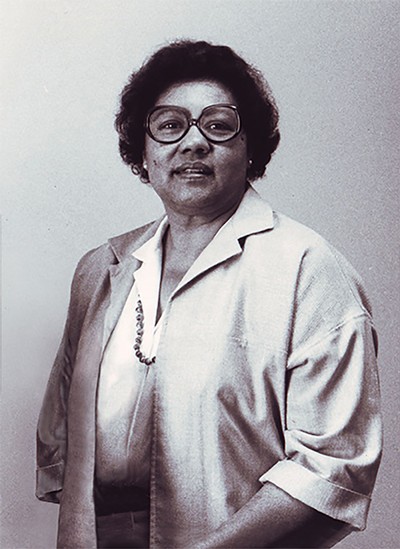 In 1955, Larzette Hale became the first Black female CPA to earn a doctorate in accounting. The head of USU's School of Accountancy for 13 years before retiring in 1990, Hale served as the national president of the American Woman's Society of CPAs and Beta Alpha Psi, the international honor society for accounting, finance and information systems. 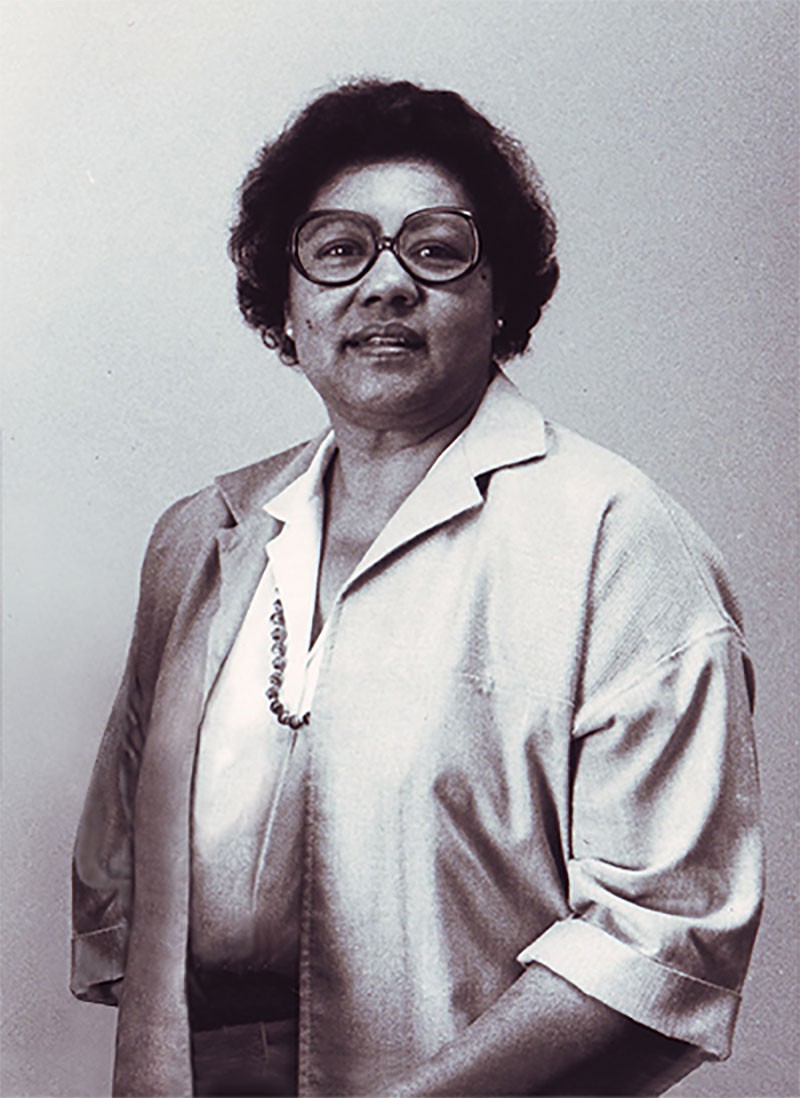 "Exploring the Intersectionality of Race and Gender" is Friday, Sept. 18, from noon to 1:30 p.m. via Zoom. 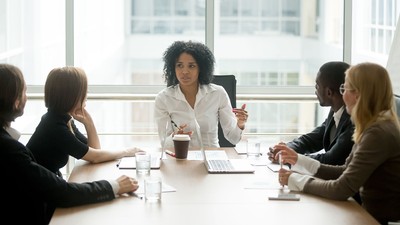