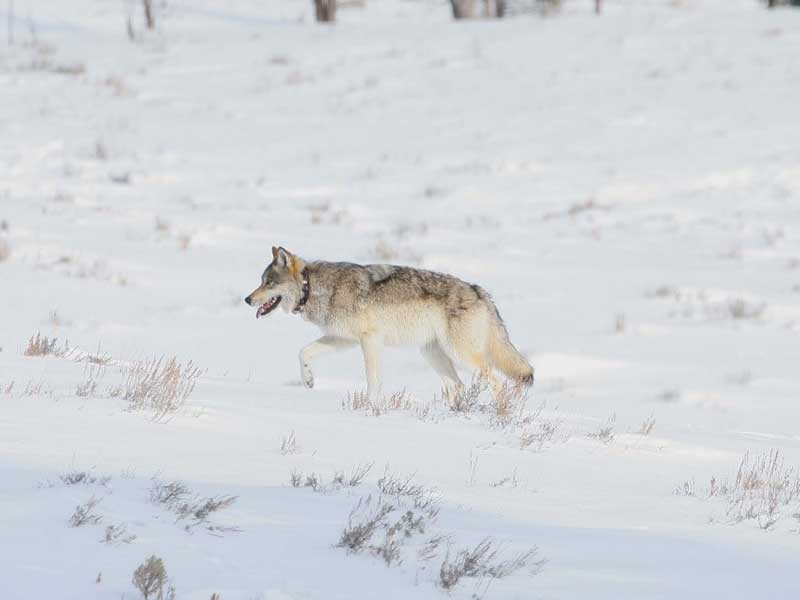 Utah State University researchers and their colleagues have shown that wolves reintroduced to Yellowstone National Park in the mid-1990s have negligible impacts on the movements of adult female elk that roam the northern Yellowstone winter range. Photo credit: Matt Metz.

Elk roam the winter range that straddles the northern boundary of Yellowstone National Park with little regard for wolves, according to a new study in the Journal of Animal Ecology by Utah State University researchers illustrating how elk can tolerate living in close proximity to the large predator.

The study offers new insight into how wolves can have negligible impacts on elk movements, and how elk may simply ignore the risk of wolf predation while navigating the landscape in search of forage. It also adds to a growing body of evidence that changes in elk distribution and vegetation conditions in northern Yellowstone since wolf reintroduction in the mid-1990s are not caused by wolves altering elk movement behavior.

The team used global positioning system (GPS) radio-collars to track the movements of elk and wolves across four winters between 2012 and 2016. They tracked 34 adult female elk and at least one member of each dominant wolf pack. The collars recorded the location of the animals every 1-3 hours, providing comprehensive data on how they used the landscape. The team tested if elk avoided wolves that were in close proximity, and if elk avoided ‘risky areas’ where they might be killed by wolves, including where wolf densities were high; where wolves had previously killed elk; and open grasslands where wolves often hunted.

“We compared recorded elk movements with those from a simulation that described how elk would move if they completely ignored wolves and risky areas” says MacNulty, who has studied wolf-elk interactions in northern Yellowstone since 1995 and is an associate professor in USU’s Department of Wildland Resources and Ecology Center. “In 90 percent of cases, there was no difference between real and simulated elk movements, indicating that our sample of real elk mostly ignored the risk of wolf predation”.

According to Cusack, the lead author of the study, most elk did not alter the location and configuration of their annual winter home ranges to minimize overlap with wolves and risky areas, and none bothered to steer around wolves that were in the immediate vicinity.

“A few elk avoided open grasslands during daylight hours when wolves were most active, which mirrors the result of a separate recent study that examined finer-scale elk movements in the early 2000s when wolves and elk were more numerous,” explained Cusack.

The findings are also in line with other studies of northern Yellowstone elk, including one that compared elk movements before and after wolf reintroduction and found that “in winter, elk did not spatially separate themselves from wolves.” Another study reported that “elk did not grossly modify their migration timing, routes or use areas after wolf restoration.”

Why don’t elk budge for wolves?

“A main reason is that elk tend to be philopatric, which means they have an inherent tendency to habitually return to the same wintering and summering areas year after year,” says MacNulty. “Familiarity with an area helps them find the high quality forage they need, and this outweighs the small chance they encounter and fall prey to wolves.”

MacNulty and Cusack estimated that elk in their study encountered wolves once every seven to 11 days, and previous research found that elk frequently survive their encounters with wolves. Low risk of predation was also reflected in relatively high rates of annual survival, particularly among younger adults.

“Elk in their prime do not have a massive incentive to avoid wolves, especially in winter when forage is scarce,” explains MacNulty.

He says that elk intransigence towards wolves is a reminder that altered movement behavior is not the only way prey species avoid predation.

“Antipredator behaviors during encounters - including fighting back, grouping and running – are effective ways for large-bodied, philopatric prey like elk to avoid predation without abandoning or reconfiguring their home ranges,” he says. “This has implications for understanding how wolves and other predators, including humans, affect the distribution of philopatric prey like elk. Predators removing different numbers of elk in different areas is the main way they affect elk distribution. Elk movement away from risky areas, if it happens, is secondary.” 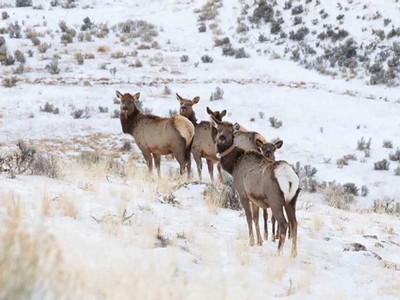 Adult female elk roam the winter range that straddles the northern boundary of Yellowstone National Park with little regard for wolves, according to a new study illustrating how elk can tolerate living in close proximity to the large predator. Photo credit: Bonnie McDonald. 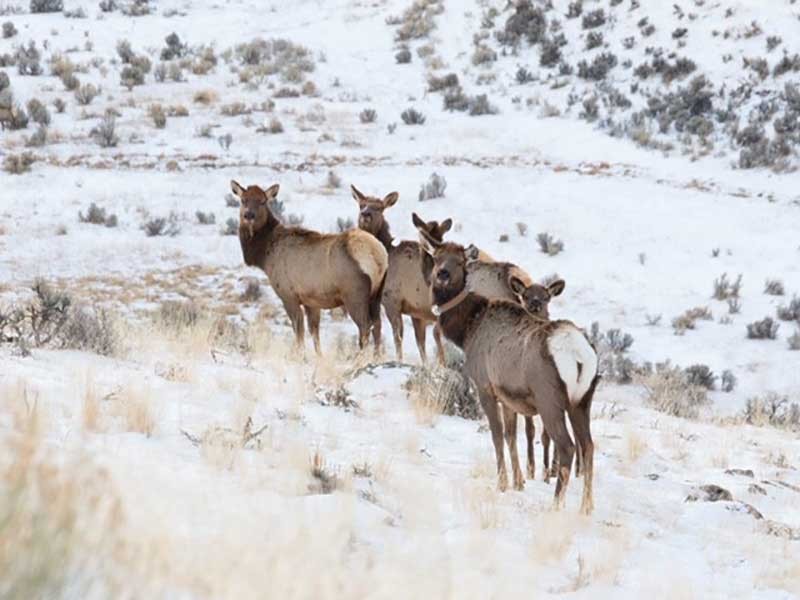 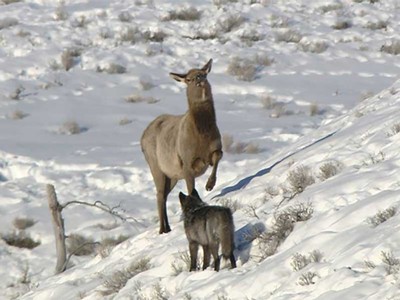 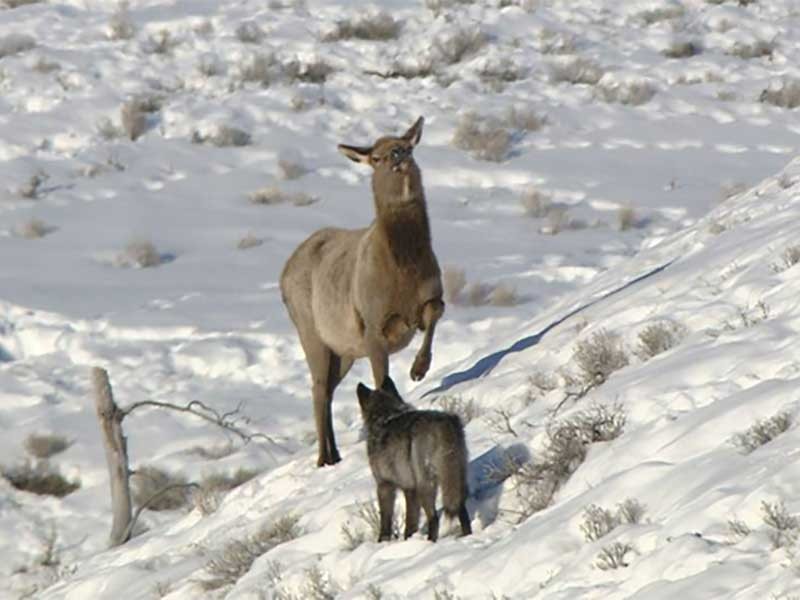 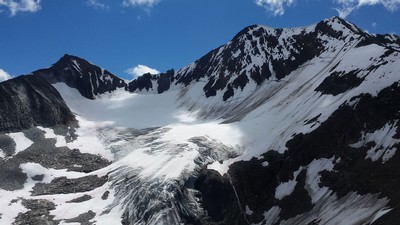