Utah leaders created a big goal: 66% of Utah’s population will have postsecondary degrees or vocational certificates by the year 2020. This goal is based on a report from the Georgetown University Center on Education and the Workforce that projected Utah’s economy will need 66% of its population with some form of postsecondary education by 2018 to remain competitive. Currently, 38.3% of Utahns hold associate degrees or higher.  This baseline underscores the urgency of working toward the 66% goal.

In terms of residents holding at least a high school diploma or its equivalent, Utah is doing well compared to the U.S. average. Only 9.3% of Utahns have less than a high school diploma compared to nearly 15% nationally. Yet, Utah has a particularly high percentage (compared to other states) of Utah adults in the “some college, no degree” category. Women make up a major portion of this group in all age categories. For example, 28% of females have “some college, no degree” in the 35–44 age category, with men close behind (24%). The 25–34 age group reports 28% women and 29% men. Utah adults are slightly more educated than their national counterparts, with more earned associate and bachelor’s degrees. Yet, data show that these percentages are significantly influenced by the degrees held by older residents, not degrees earned in the younger age categories.

In the past, Utah has been known for its educated citizenry. Utah has ranked high on residents graduating from high school. In 2009, Utah graduated 89.8% of its males (compared to 84.5% nationally) and 91% of its females (compared to 85.9% nationally). However, preliminary data recently released by the U.S. Department of Education has now put Utah’s overall high school graduation rate ranking in the bottom half of the country.  Utah women start college at the same rate or slightly above the national average, and the share of the Utah population with an associate’s degree is actually higher for females than males. This is true in the 18–24, 25–34, and 35–44 age categories. This is no surprise, as the majority of students attending two-year colleges and earning associate degrees across the nation are women. However, Utah women have been less likely to complete bachelor’s degrees. There is currently a 6% gap in Utah’s population (ages 25 and over) with bachelor’s degrees held by men versus women, which is the largest gap in the nation.

To learn more about the Educational Attainment: A Utah Women and Education Update read the entire brief. 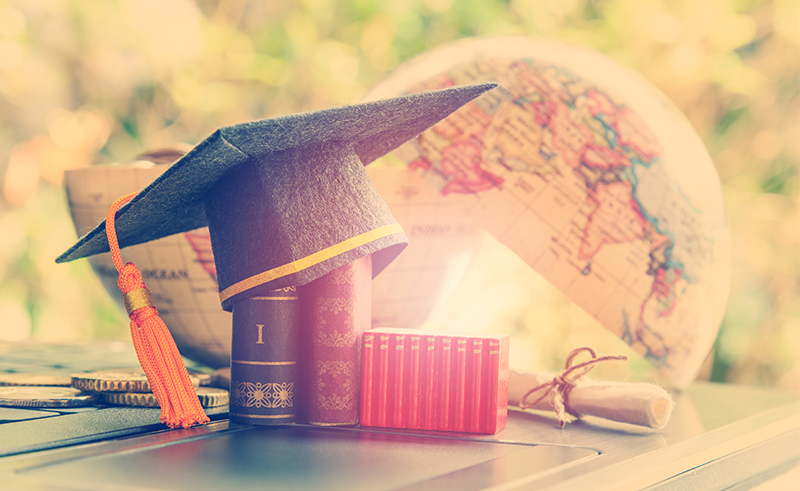