The Status of Women Leaders in Utah Nonprofits

In September 2013, the Center for American Progress released a report titled “The State of Women in America: A 50- State Analysis of How Women Are Faring Across the Nation.” This report ranks Utah last of all 50 states in terms of women being in positions of decision making and leadership. Although the focus is solely on the percentage of women in elected office and private sector management positions, we feel that a more detailed look on the status of women in leadership in various sectors within the state would be useful. This is the second of four 2014 briefs, each of which compares national data with Utah data and provides a pertinent literature review. The first provides data on women in Utah politics; subsequent ones will focus on women leaders in education and business. This brief focuses on the status of women leaders in Utah nonprofit organizations.

The study was based on a list of 890 organizations provided by the Utah Nonprofits Association (UNA). Although the list did not include all of the nonprofits in the state, it did provide a helpful sample from which to conduct this research. After contacting organizations on the list via websites, email, and phone, it was found that of the original 890 organizations, 24 either were no longer functioning or did not consider themselves to be a nonprofit. In addition, 10 were government entities, 15 were entities of a university whose governing body was the institution’s board of trustees (excluded from this study), and six had no local governing board. After these 55 organizations were removed from the list, the final number of potential nonprofits to study was 835. Researchers then attempted to find the needed data on the entities’ websites. If this information was not available, the agency was contacted via email and/or phone. Researchers were able to collect data on 85% (717 of 835) of these organizations.

The BoardSource Nonprofit Governance Index 2012 provides demographic characteristics for the chief executive or equivalent (e.g., president, CEO, executive director) of their member nonprofits across the country. They found that 62% of chief executives in the organizations that responded were female. The 2013 GuideStar Nonprofit Compensation Report looked specifically at the gender of CEOs and sorted them according to their agency budgets. Researchers found that, in organizations with budgets of $250,000 or less, 57% of CEOs were women. However, as the agencies’ budget size increased, the proportion of female CEOs declined precipitously. At the $2.5 to $5 million budget level, only 38% were women, and nonprofits with budgets over $50 million had only 16% female CEOs at their helms.

Of the 717 nonprofit agencies in this study, 663 provided information on the gender of their board members. Within these organizations, there were 4,017 males (54.2%) and 3,394 females (45.8%), totaling 7,411 nonprofit board member seats. This puts the percentage of women on Utah nonprofit boards right on target with the national average. As mentioned, the BoardSource Nonprofit Governance Index 2012 reported that there are about 10% more men (55%) on boards than women (45%) nationally, and Utah numbers are nearly identical.

To learn more about The Status of Women Leaders in Utah Nonprofits read the entire brief. 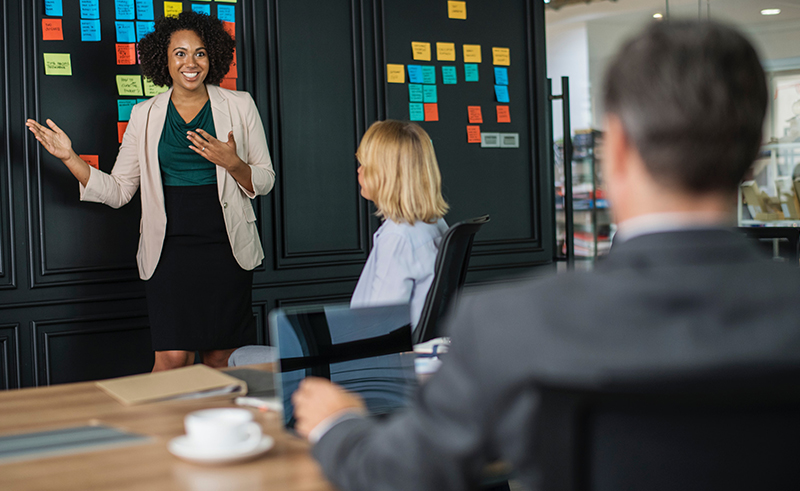