The Status of Women Leaders in Utah Business: A 2018 Update

In 2014, the Utah Women & Leadership Project (UWLP) released a research and policy brief titled “The Status of Women Leaders in Utah Business.” The document was one of four released in 2014 that focused on understanding the status of women’s leadership in politics, education, nonprofits, and business. This brief provides a four-year update to determine what, if any, progress has been made in women’s leadership within Utah’s business sector. The brief compares Utah data with national data and reviews the applicable literature dealing specifically with women in the highest levels of business leadership, including C-level positions and presence on executive boards.

Like the 2014 study, this study was based on two lists: 1) Utah companies obtained from the Utah Department of Workforce Services’ FirmFind, which is an online directory of more than 80,000 companies or businesses in Utah, and 2) the largest 45 public Utah companies obtained by Utah Business Magazine. FirmFind provided the businesses’ name, address, phone number, industry group, employment size, and county or zip code. The website allows a download of “Salt Lake Firms” and “Other Firms,” which together cover businesses throughout the state. After removing duplications, educational institutions and government entities, and then narrowing our sample to firms that had at least 100 employees, 913 remained. Nine of the 45 largest public companies from the list in Utah Business Magazine were added to our database as they were not duplicates. Hence, 922 companies were the initial population for this study.

Of the 343 Utah companies that reported having CEOs within the state, 16 (4.7%) currently have female chief executive officers, while 327 (95.3%) have males. In our 2014 report we found that 4.8% of Utah CEOs were women, so there has been a slight decrease in the last four years. Interestingly, of the 49 publicly traded companies that report the gender of their CEO in this study, only one was a female (2.04%) which was the same as the 2014 study. Of the 294 private companies who reported CEOs, 15 were women (5.1%). Other analyses show that when a CEO is a woman in the state of Utah, there is a greater chance that there will also be women on their board of directors.

We were able to obtain information from only 143 companies about the gender of the board chair and from 141 the genders of their board members. Many privately held companies did not have boards, and we were disappointed with the many companies that did not respond or that refused to provide data even though it would not be shared publicly. In our sample, we found that 10 boards (7.0%) were chaired by women, up slightly from seven (5.4%) in 2014. Within the publicly traded Utah companies studied, two of the 45 (4.4%) companies had female board chairs (same as our 2014 data). As noted previously, we found that boards with female chairs are more likely to have female company presidents and more female directors.

Although many business leaders state that they have difficulty finding qualified women to serve in top leadership positions or on corporate boards, others argue that the low representation of women has little to do with a lack of capable women and more to do with women not being as visible or networked as effectively as men (e.g., good old boys club). Either way, it is well worth the time and effort for current CEOs and board chairs to create diverse leadership teams as the business environment continues to become more globally competitive and tumultuous. One thing is clear; all organizations are in need of more creative and innovative business strategies and solutions, and leadership diversity is linked to that benefit. To do this, there are a few important questions that should be answered.

To learn more about The Status of Women Leaders in Utah Business: A 2018 Update read the entire brief. 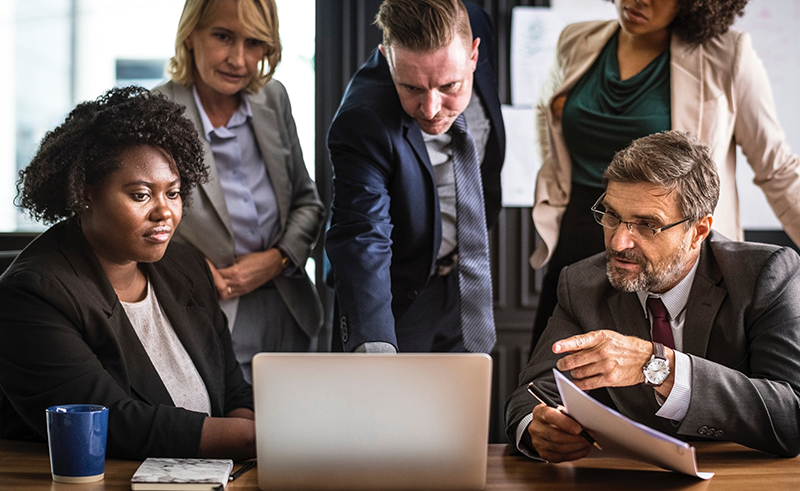