The Status of Women Leaders in Government – Utah Cities and Towns

Research shows that communities and organizations increasingly thrive when men and women work together in leadership roles. Gender inclusivity benefits not only businesses, churches, schools, and state legislatures, but also state and local governments. American democracy is grounded in the idea of representation. “Representative bureaucracy” is the term for government entities employing a workforce that shares the demographic characteristics of the communities they serve, and the combined experiences and perspectives of that workforce represent and benefit all residents within its purview. This includes the thousands of government professionals who run the daily functions of municipalities within the State of Utah.

Many decisions that have the greatest impact on the everyday lives of Utah residents do not happen in Washington DC or even in Utah’s State Capitol. They occur in the chambers of city councils and town meeting halls, where community members have much more access to their local elected government leaders than those at the state and national levels. And, Gallup recently found that 72% of Americans have a “great deal or a fair amount of trust in their local govern-ment,” which is strikingly different from trust in state and national governments. Yet, for local governments to run efficiently, the oversight of day-to-day operations is most often delegated to administrative professionals.

Through the years, Utah Women & Leadership Project researchers have collected data on the representation of women in many different settings (e.g., business, politics, nonprofit, schools and colleges, and boards and commissions). Yet, until 2020, there has been no understanding of the status of women leaders in government at the state and local levels in Utah. This brief is the third in a series that quantifies women leaders who work in Utah’s public sector. Previous briefs in this series documented women in leadership positions in the State of Utah government and within Utah’s 29 counties.

To determine how reflective Utah’s local government organizations are of the communities they serve, UWLP researchers took on the task of reaching out to Utah’s 247 cities and towns to gather information on individuals who serve in leadership capacities. The goal was to document a baseline of the number and percentage of women in leadership that can be used in the future to learn where progress has been made.

Women hold 29.1% of supervisory, managerial, and executive leadership positions within city and town governments in Utah, which is considerably lower than the percentage of women leaders found within county leadership (42.5%) or for the State of Utah (39.3%). Although the size and structure of each city or town are certainly different, this statistic underscores how women are generally represented at a much lower rate in municipalities throughout Utah. In attempting to locate comparable national statistics, we found that this is one of the first statewide studies of its kind and therefore groundbreaking. In fact, the only comparable data we could find was national data from 2009 that reported women were represented in 30% of township administrations and 28% of city administrations. Of course, these data are outdated and represent only top administrators or executives, while our research included those positions as well as supervisory and managerial positions.

The cities with the highest percentage of women leaders include Marysvale Town at 83.3%, followed by Castle Valley, Dutch John, Helper, Rockville and Trenton Town each at 66.7%. The next highest group, with 62.5% of leadership positions being held by women, includes Boulder Town, Goshen, Hanksville, Moab, and Scofield Town. The cities with the lowest percentage of women in leadership included Naples (6.7%), Roosevelt City (9.5%), Cedar City (10.6%), Woodruff (12.5%), St. George (13.0%), and Vernal City (13.6%). There were several cities that had a 14.3% share of women in leadership that included Loa Town, Plain City, Toquerville, and Virgin Town.

The cities with the highest percentage of women in elected office include Helper and Santa Clara (both at 83.3%), followed by Marysvale Town (80.0%), Sandy City and South Salt Lake (both at 75%), and Fruit Heights City, Moab, and West Haven (each at 66.7%). There were 43 cities and towns reporting that 0% of their elected offices were held by women. The next lowest percentage of women in elected office included Hooper City (8.3%), followed by Clearfield, Cornish Town, Kamas City, Orem, Washington City, and West Valley City all at 14.3% (see the following report for more details about women in Utah politics: The Status of Women in Utah Politics: A 2017 Update).

By looking more closely at women’s representation in leadership positions within Utah’s city and town governments, we can see where local governments are doing well and where there are opportunities to improve the gender diversity of the workforce. Strategies implemented by some Utah municipalities have already led to greater diversity in the leadership ranks; however, there are also opportunities for improvement. In addition to the recommendations already published in the recent State of Utah and Utah Counties research and policy briefs, we offer the following recommendations specifically for municipal environments:

Second, strategically recruit more women, and particularly women of color, to apply for open positions, and ensure there is a diverse pool of applicants before interviewing begins. Minimize bias (conscious and unconscious) of those making hiring decisions by having a diverse hiring committee of individuals who have completed high-quality unconscious bias training.

Fourth, recognize, reward, and encourage the work of women in private and public settings. Provide women career exploration, planning, and development opportunities, as well as equal access to leadership and professional development training geared to advance their leadership skills and abilities. Offer to mentor, coach, and sponsor as many women as men within the city or town government. Encourage women to apply for promotions, join networking groups, and hold active memberships in diverse professional leadership organizations.

Fifth, encourage associations and other types of organizations to educate public officials, city managers, and other city and town leaders about the value of diversity, equity, and inclusion in local government. Provide these leaders with strategies and tools to lead change. Help them find ways to promote and advocate for female leaders at all levels.

Finally, support and encourage qualified female candidates to run for mayor, city council, and other elected offices and donate to their campaigns early and often.

In summary, the percentage of women who hold supervisory, managerial, and executive leadership positions within city and town governments in Utah is considerably lower than the percentage of women leaders found within either Utah county or state leadership. We found higher percentages of women in leadership roles at the executive (director) level, in appointed positions, working in smaller municipalities with fewer employees, and in rural communities. While we expect Utah’s numbers are lower than the national average, we did not locate current literature to support this claim. This study is now one of the few available of its kind in the United States.

The data shared in this report emphasize that more deliberate strategies are needed to achieve gender diversity in Utah’s municipal governments. Research shows that communities and organizations will increasingly thrive when men and women work together in more equal numbers in leadership roles. And, in fact, a lack of gender diversity and women in front-line and senior administrative positions at the local level may hinder organizations from reaching peak performance and limit innovation. Although some progress has been made to get more women into leadership positions in local governments, intentional effort is needed to address the ongoing and persistent challenges Utah women face in their efforts to advance and assume more active leadership roles in government organizations throughout our state.

To learn more about The Status of Women Leaders in Government in Utah Cities and Towns, read the full brief. 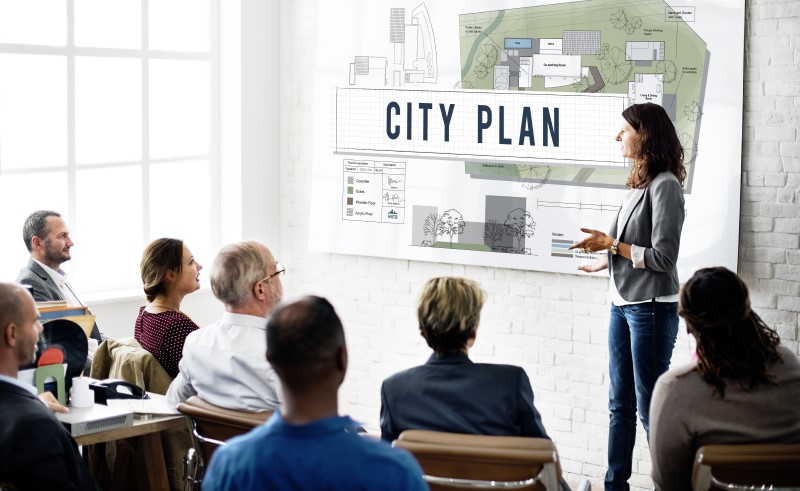