The Status of Women Leaders in Government – Utah Counties

Recent events underscore the need for government—and democratic governance processes in general—to embrace diversity at all levels. Organizations with diverse leadership teams, including both women and men, have proven to be more innovative and resilient, make better strategic decisions, and have an increased capacity for problem solving. The benefits of gender equity can be found in any organization, including government structures such as state legislatures, city councils, and state and local bureaucracies.

American democracy is grounded in the idea of representation. Governments embody this concept by encouraging agencies to employ a workforce that shares the demographic characteristics of the communities they serve, referred to as a representative bureaucracy. This is based on the idea that people are shaped by their social experiences and, as a result, the social experiences of the government’s workforce matter. Since local officials are often the “face” of government with the most direct interactions with residents, it is important that those faces represent the diversity of the community. This applies to all levels of government in Utah, including county organizations.

Yet, according to a host of research and policy briefs from the Utah Women & Leadership Project, Utah is below the national average in terms of women holding leadership roles within nearly all settings (e.g., business, education, politics, and state boards and commissions). Research has shown that Utah’s socially conservative culture reinforces gender-based expectations and that those expectations play out in the experiences of Utah women. While the situation remains a concern, there has been slight progress on some fronts and sectors within the state. However, the status of women in Utah county government has been unclear until now.

Overall, 42.5% of all supervisory, managerial, and executive leadership positions within county governments are held by women, which is slightly higher than the 39.3% recently reported for State of Utah employees. Admittedly, the leader-ship composition of each county is different; however, it does compare well to the Census data from 2016 that show women in the US hold 40.2% of all “management occupations.”

National and global researchers have discussed the leaky leadership “pipeline,” where comparable numbers of men and women start as front-line employees, yet as they progress through the leadership ranks, there are fewer and fewer women. The problem is not simply the overall numbers of women in the public sector workforce; it is how those numbers are spread across the different levels of leadership. Hence, to quantify the levels of leadership held by women, researchers categorized each leadership position based on its title into one of four levels: Elected official, Executive (chief deputies to elected officials, and department directors), Senior (“middle management,” including division directors, assistant or deputy directors, and managers), or Frontline (supervisors, managers, administrators, coordinators, and analysts).

Women comprise 49.8% of front-line leadership positions, 36.9% of senior leadership roles, 38.8% of executive leader-ship positions, and 29.2% of elected roles. Following national trends, these data suggest that the higher one goes in county government, the less likely it is that women will be in leadership. That said, the slightly higher percentage of women in executive leadership vs. senior leadership is unexpected. A deeper analysis of equity efforts or cultural dynamics within counties could uncover more details about these phenomena.

By looking more closely at women’s representation in leadership positions within county governments, we can see where local governments are doing well and where there are opportunities to improve the diversity of the workforce. A more diverse local government workforce provides Utah’s county leaders with a greater range of perspectives when identifying and implementing public policies and can be a valuable tool in creative problem solving and complex decision making. Strategies implemented by some Utah counties have already led to greater diversity in the leadership ranks; however, there are also opportunities for improvement. In addition to the eight recommendations already published in the recent State of Utah research and policy brief, we offer the following ten recommendations:

Overall, in county governments across the state we found higher percentages of women in front-line leadership roles employed by agencies that were considered to be redistributive (such as aging and senior centers, arts, parks and recrea-tion, libraries, 4-H, youth services, social services, and health care). We also found women were more likely to be in leadership roles if they worked for either 1st class or 5th class counties, as a part-time/time-limited or merit employee. While some counties are doing well in making their leadership more representative and inclusive, other counties show a distinct disadvantage for women who want to advance, particularly in non-traditional agencies.

Recent national discussions have created heightened awareness of the importance of listening to the voices and experi-ences of women, particularly women of color. The current lack of equal representation in the leadership ranks in some segments of Utah’s county governments stands in stark contrast to the goal of a diverse government workforce. Acknowledging the relationship between gender and leadership can translate into behavior-changing actions.

As Utah’s county governments embrace a diverse workforce and incorporate a variety of perspectives into the decision-making process, they will be in a better position to more effectively deal with the complex challenges that face our communities. In addition, county leaders will benefit by encouraging creative solutions that consider a variety of experiences and perspectives. By identifying persistent challenges, we are better positioned to correct current imbalances and give women an opportunity to be equally represented across all local government agencies and leadership levels.

To learn more about The Status of Women Leaders in Government in Utah Counties, read the full brief. 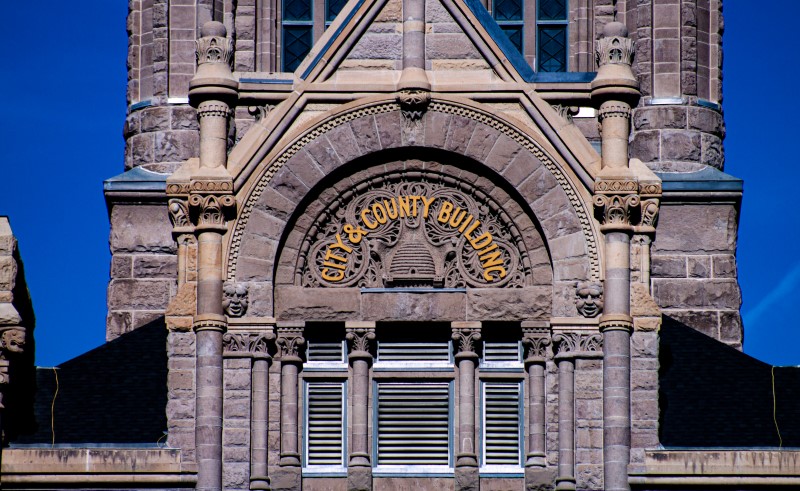