The Status of Women Leaders in Utah Higher Education: A 2021 Update

In 2014, the Utah Women & Leadership Project (UWLP) released a research and policy brief titled, “The Status of
Women Leaders in Utah Education,” and in 2017 an update brief was published. These reports focused on the status of
women’s leadership in both K–12 and postsecondary education across the state of Utah. This brief provides an update for 2021, focused only on the higher education portion of the previous briefs. The purpose of this brief is to determine
what, if any, progress has been made in women’s leadership within Utah’s higher education sector, including public and
the two largest private institutions, as well as technical colleges, which were combined with the Utah System of Higher
Education (USHE) in July 2020 to form the Utah Board of Higher Education (UBHE). This brief compares Utah data
with national data and reviews the applicable literature. Comparisons will also be drawn by looking at Utah’s data from
2014, 2017, and 2021.

In terms of setting the stage nationally, the 2020 CUPA-HR report indicated that women held 52% of senior leadership
positions across the US compared to 50% in 2017. Although seemingly at parity, the percentage of representation did vary on the position held as well as the type of institution and its status (e.g., research-intensive institutions are considered high status). The report also stated that women held 36% of senior leadership positions in associate-level community colleges, a significant decline from the percentage we reported in 2017 (43%). In 2020, Inside Higher Ed reported that although the number of women in administration was rising, they still faced significant seniority and pay disparities.

Furthermore, the 2020 CUPA-HR report examined the pipeline for president and provost positions by gathering data on
the previous position and place of employment prior to their current appointment. This report found that, in the pipeline to key leadership roles in higher education, 69% of presidents and 46% of provosts were hired from outside the institution, while only 31% of presidents and 54% of provosts were promoted within their institution. According to research, this pattern may explain why women still hold less than 40% of executive leadership roles; women are more geographically bound then men. The rising trend in Utah to hire talent from outside the state may especially negatively impact the pipeline to leadership for women in higher education who live in Utah.

This research and policy brief is organized by position: State Board of Higher Education, Presidents, Cabinet Members,
Chief Academic Offers and Vice Presidents, and Academic Deans. These sections will be followed by offering implications and opportunities for the Utah higher education community.

To see the complete break down by position, read the full brief.

The 2017 ACE Pipeline Report found that the pipeline for higher education leadership is preparing women at a greater
rate than men. What does this mean? As women are earning more than half the doctorate degrees across the US, they are more prepared than ever to lead. However, this report also found that at every rank and in every institution type, except two-year private institutions, men are paid more than women by $13,874 at public institutions and $18,201 at private institutions. This is consistent with a 2020 CUPA-HR report that found women leaders are generally paid less than men. Interestingly, the report also found that women presidents are less likely to be married and have children than are men.

Across USHE’s eight degree-granting institutions CUPA-HR 2020 salary reports showed that men out earn women by 8%, or $16,396, across top administrative positions. Salary information for Utah’s private institutions was not available.

Several initiatives and programs hosted by a variety of entities within Utah are working to provide training and development, networking, resources, and other types of support for women who work and lead within postsecondary settings within the state.

First, the Utah Women in Higher Education Network (UWHEN) inspires and prepares Utah women for leadership
in higher education. The statewide UWHEN and its campus chapters host professional development events for women
employees. UWHEN partners with the UWLP, the Women’s Leadership Institute (WLI), and other organizations to broaden its influence within higher education around the state.

Second, community and nonprofit women’s leadership programs welcome women from higher education settings to
participate in their efforts and offerings. More than 125 of Utah’s women’s networks, groups, and associations across
the state are listed on our site here.

Third, Utah’s recent governors encouraged leadership opportunities for women. In July 2017, former Utah Governor Gary Herbert issued a letter of support for the Moving the Needle initiative—the first governor in the US to do so. Newly inaugurated Utah Governor Spencer Cox is also expressing strong support of women’s leadership. He frequently encourages women to get more involved in public service and efforts, and “Equality and Opportunity” is one of six areas in the Administration’s 500-day Roadmap. This Roadmap includes numerous efforts and initiatives that will increase women’s representation in leadership roles around the state.

And finally, policies are already in place to close the opportunity gap, which will increase equity and inclusion of women and minority leaders. For example, updated and prioritized actions related to USHE Policy R805: Women and Minorities
in Faculty and Administrative Positions in 2019, culminating in the publication of the Utah System of Higher Education Equity Lens Framework.

Research has shown that most people do not fully realize the value of having women in key leadership positions in institutions of higher education; however, it matters on many fronts. Research findings continue to demonstrate that diverse and inclusive leadership teams produce more creative, innovative, productive, and effective results, which makes gender inclusivity in postsecondary educational settings both critical and timely. In response to recent events, more schools, colleges, and universities are setting goals toward improving overall organizational performance through increased diversity, and gender diversity is considered a key component. This is supported by research that underscores how new pathways to better decision making have been forged through women’s diverse leadership styles and their focus on inclusiveness and cooperation.

In 2021, USHE, the Utah Board of Higher Education, and leaders of all types of postsecondary institutions have a rare opportunity to change the leadership landscape of Utah, helping to bolster Utah’s workforce and economy, and, most
importantly, to open pathways for its community members to pursue a better quality of life. As the COVID-19 pandemic
and social unrest of 2020 demonstrated, it is critical that Utah make timely progress with women’s leadership, particularly with women of color, so that leadership teams can address the dynamically changing higher education landscape for the benefit of Utah’s diverse population.

Higher education institutions in Utah and across the United States will continue to face challenges, and strong women
leaders with outstanding capabilities are needed to help meet these challenges. Therefore, it is imperative to the future of Utah that we prepare and support more women in educational leadership positions. Both women and men benefit by seeing women in leadership roles. Normalizing women leaders provides diverse role models for faculty, staff, and students. It is critical that Utah leaders and residents encourage and prepare all talented individuals to take up the challenge of becoming leaders within the state’s educational system. 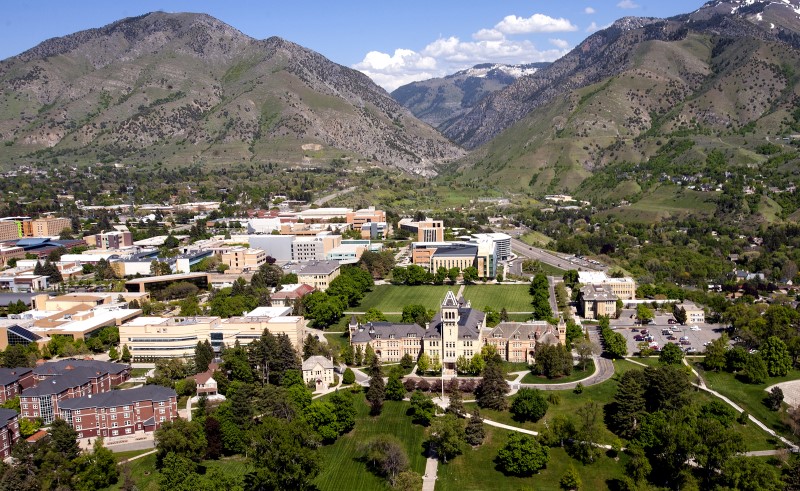