Voting and Civic Engagement Among Utah Women: A 2021 Update

In 2016, the Utah Women & Leadership Project (UWLP) released a research snapshot called “Voting and Civic Engagement Among Utah Women.” At the time, despite having a strong history of women’s political and civic involvement, Utah had fallen to the bottom of national rankings in terms of women’s political participation. In 2019, UWLP released an update of this report, which showed some improvement in voter participation rates for both the United States and for Utah women. Since 2016, the level of political engagement among women in Utah and the United States has grown, and civic engagement—a critical element of change for municipalities, counties, and states—has remained high. Importantly, Kamala Harris was elected the first female vice president, which made 2020 a historic year for women in the US. Additionally, Utah elected former state Senator Deidre Henderson its second female lieutenant governor. This research snapshot focuses on three key areas:

Women Voters in Utah and the US

Women in Utah have a strong history of political engagement; in fact, Utah women citizens were the first in the US to vote under an equal suffrage law in 1870. Utah was also the first state to elect a female state senator (elected over her own husband in the same race), and as recently as 1992, Utah women had the highest voter turnout in the nation at 76% (all percentages in this report refer to the adult population, ages 18+). However, by 2006, Utah women’s voting rates plummeted to 51st (50 states plus Washington DC). Utah’s ranking in this category stayed near the bottom for the next several elections. In 2020, 66.6% of eligible female voters in Utah voted, the highest percentage achieved over a 14-year period.

Exit Polls and Other Surveys

In addition to crucial census data, exit polls and opinion surveys also yield valuable information. The Utah Colleges Exit Poll collected data from 1982–2016 on voters’ thoughts and ballot choices on election day. In fact, in the 2016 Utah Colleges Exit Poll, 37.2% of women and 38.7% of men responded that they were mainly voting against the opponent of the candidate they chose, rather than voting for their candidate. Other interesting correlations emerged along gender lines in that election. Women were more likely than men to say that government regulation, national security, illegal immigration, and Obamacare were “very important” in deciding how they cast their votes.

In addition to voting and advocating for public policy, one of the key ways residents can become involved in their communities is through volunteer work. With the COVID-19 pandemic, many public meetings in 2020 shifted to virtual meetings, giving people the opportunity to engage in the public meeting process in a more convenient way, from the comfort of their homes.

Perhaps the highest form of civic engagement comes from running for and holding public office. The 2021 UWLP brief on the status of women in Utah politics shows that Utah women remain underrepresented in statewide elected office, the state legislature, county commission and council seats, mayoral offices, and city councils. Research has found that when women do decide to run for office, they are elected at the same rate as men.

As 2020 was a banner year for women’s voting and civic engagement across the country and in Utah, now is the perfect time for stakeholders to build on this momentum and drive positive change moving forward. Research shows that girls and young women who participate in civic affairs, including engaging with organizations such as those listed in the UWLP “Community & Civic Engagement” toolkit, are more likely to become women who vote. Furthermore, education (e.g., learning about Utah women’s rich history of political and civic activity) is a key driver of further engagement, support, and advocacy for women’s involvement in the public arena, as was demonstrated by a 2019 survey conducted by Better Days 2020. Educational institutions, government organizations, and nonprofits can play a vital role in increasing Utah women’s voter participation and other types of community engagement through funding and promoting relevant initiatives, programs, and awareness campaigns. As women’s civic participation has the potential to influence every aspect of society, these efforts will ultimately strengthen the positive impact of women in communities and in the state as a whole.

To learn more about voting and civic engagement among Utah women, read the full snapshot. 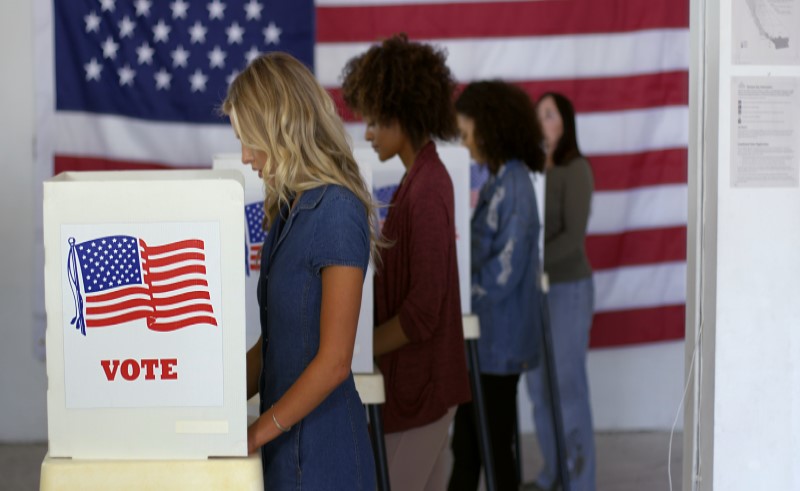 As sexist comments are pervasive, and appropriate responses elusive, this research study was designed with the intent of collecting and analyzing a wide variety of sexist comments experienced by women across the state of Utah, in addition to the responses...

Women in Utah have a strong history of political engagement. This research snapshot outlines recommendations for Utah women and girls' civic engagement as well as the importance of civic participation as it has the potential to influence every aspect of s...