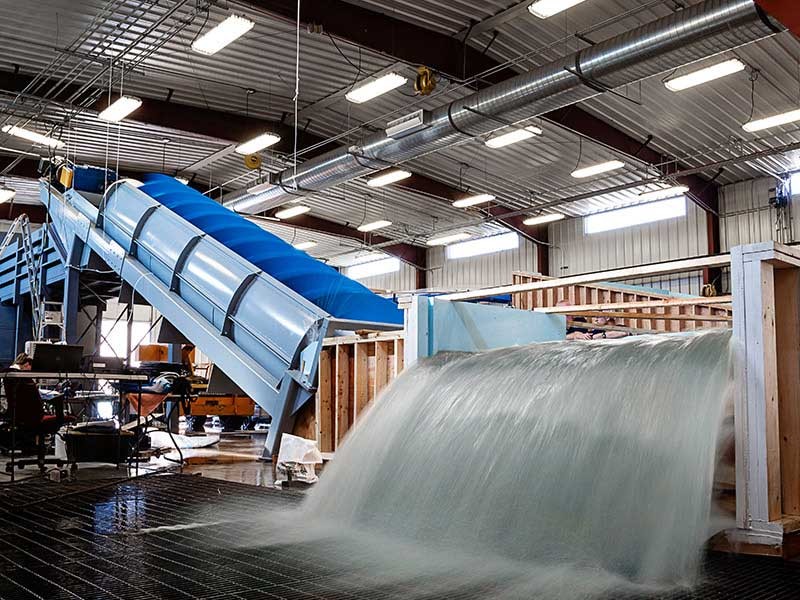 At the Utah Water Research Lab at Utah State University, engineers are conducting full-scale tests on a unique water-powered turbine that will provide new solutions to distributed energy needs.

The hydrodynamic screw was designed and developed by Percheron Power of Kennewick, Wash., under a cooperative agreement supported by the U.S. Department of Energy. Company principals Jerry Straalsund and Sharon Atkin say this type of hydro turbine has been installed in hundreds of locations in Europe over the past decade, but so far there is only one in the United States.

“Percheron and the Utah Water Research Lab team have been jointly planning the test for a while, and it was exciting for all of us to see water flowing through the new turbine and producing power for the very first time,” said Atkin. “We feel fortunate to have a world-class resource like the Water Lab as a partner for testing our turbine.”The system was installed Aug. 6 in a custom test rig inside the Hydraulics Modeling Lab where lead engineer Michael Johnson and his team spent the next few weeks performing tests. The turbine represents the first of its kind to be full-scale tested in the U.S. inside a laboratory environment.

“During testing, we looked at multiple variables to enable Percheron Power to prove their design and demonstrate the viability of their technology,” said Johnson. “It’s exciting to be involved on a prototype test project of this scale and to assist Percheron Power with this turbine design that has such incredible potential. We appreciate that Percheron Power had the confidence in the capabilities of the Utah Water Research Laboratory and its personnel to enter into a contract to complete this project at USU.”

The turbine is made of composite material instead of steel — a unique difference compared to current industry practice. Atkin says the company developed a new process for producing the turbine’s individual blade segments using an advanced manufacturing method called Light Resin Transfer Molding. Straalsund and Atkin say their optimized turbine will result in lower installed costs and improved hydraulic efficiencies compared to existing steel Archimedes’ turbines. The composite turbines are made in the United States and will be available to North American customers without the need to import large steel assemblies.

Unlike solar and wind power, hydro-turbines offer round-the-clock energy as long as water is flowing. The company is reviewing existing man-made structures including canals, dams and weirs as potential locations for its hydro turbines. Percheron says the turbines are rugged and easy to operate and have proven to have very little impact to fish.

“We are very committed to developing cost-effective and environmentally-friendly technologies for distributed power generation,” said Straalsund. “Multiple government and private studies have documented that there are thousands of potential sites for these turbines.  Our vision is to offer modular systems that can be shipped and readily assembled at the hydro-plant site.”

The turbine being tested at the lab is considered a prototype, however, it can produce about 35 KW of power — enough energy to power a ranch or several homes in the United States. The system could also be used to provide power to small villages and mills in developing countries. Larger turbines of Percheron Power’s same design can be more than double the diameter and length of the prototype and produce more than 350 KW. Archimedes’ screw turbines can be used as a stand-alone power source or connected to the grid.

The work is supported by the Department of Energy’s Office of Energy Efficiency and Renewable Energy, Water Power Technologies Office under award number DE-EE0007247. 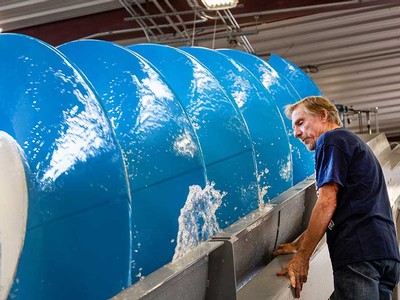 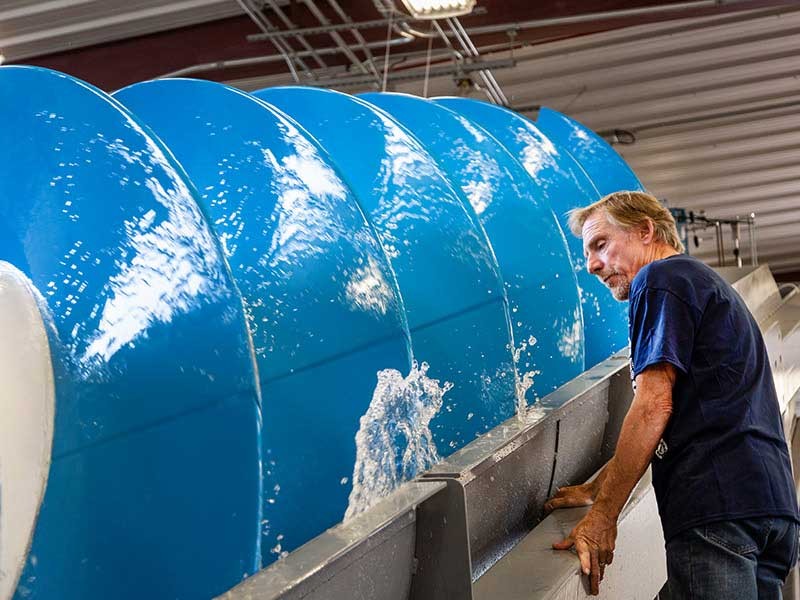 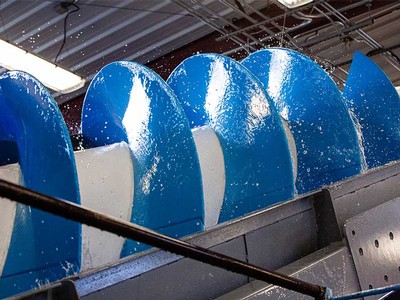 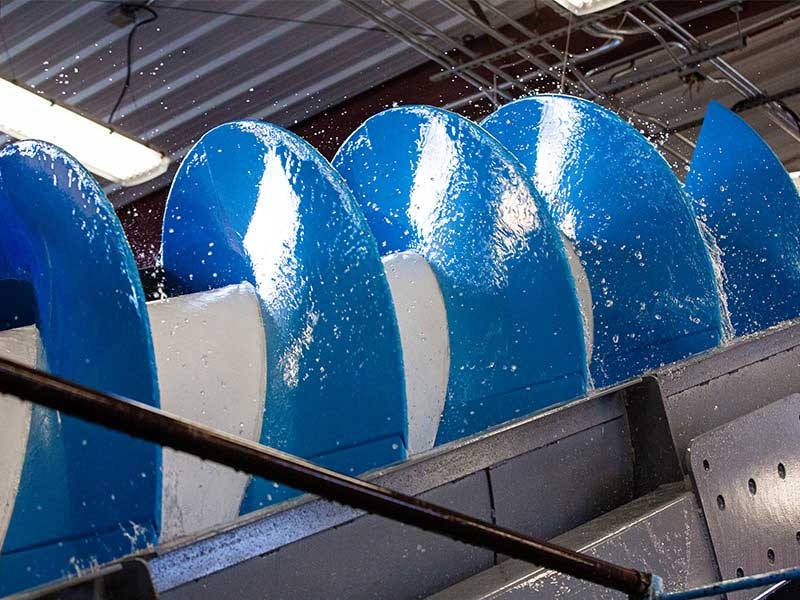 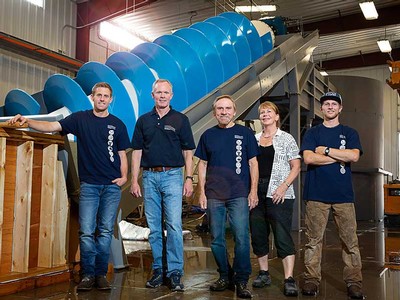 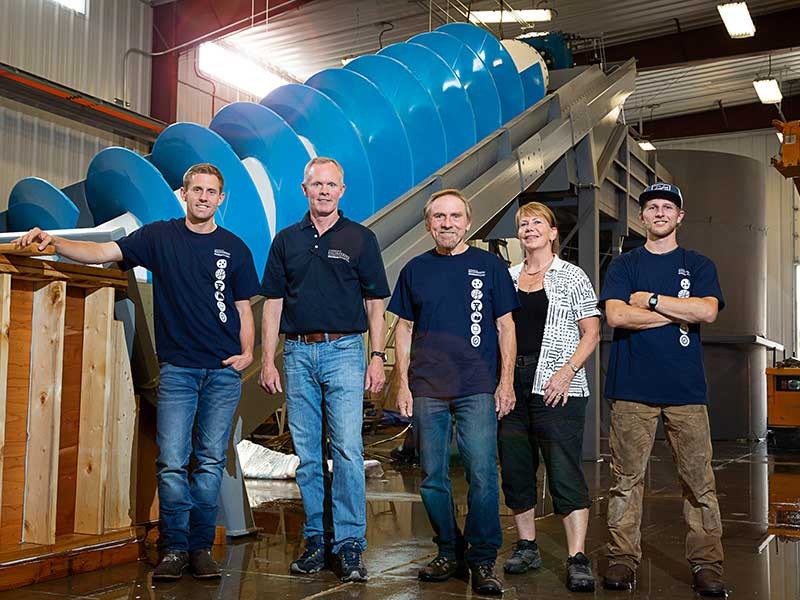