Students and faculty crowded their way into a full house at the Taggart Student Center Ballroom on Saturday for the Diwali Festival.

The theme for the festival was "Passage to India: A Celebration of Unity in Diversity." This theme was captured in a program full of Indian dancing, music, role-playing and authentic Indian food.

Anit Kuruvilla and Shveta Miglani hosted the festival and introduced the students performing dances that represent the different Indian states they are from.

The festival is celebrated on a grand scale in almost all the regions of India and is looked upon as the beginning of the New Year, the hosts said. It is considered to be glamorous and important to every religion in India. Diwali is the Indian version of Christmas, they said. It is celebrated for five continuous days. Each day has its significance, with a number of myths, legends and beliefs.

The hosts said Diwali symbolizes the old-age culture of India, complete with fireworks and candles. It depicts light over dark and good over bad. The festival of lights teaches to uphold the true values of life, they said.

The Diwali Festival has great importance to the people of India, the hosts said. Houses and business premises are renovated and decorated. Entrances are made colorful with traditional motifs to celebrate the coming of different goddesses.

Two goddesses celebrated at this year's Diwali are Kali Maa and Maha Lapemi.

Relmesh Mouly, president of the Indian Students Association, and other Indian students on campus were in charge of providing Utah State University with this year's annual Diwali Festival.

"It took the Indian Student Association about two weeks to get ready for Diwali," Mouly said.

Rama Krishnaswatty and a group of Indian students opened the show by singing India's national anthem.

Instead of sticking to old India tradition, the directors chose music and dancing to represent modern-day India, Mouly said.

Dave Lewis, a student majoring in aviation, said, "I liked the energy and enthusiasm in their dance and music."

The Dance of the Vedic Hymns was a solo dance performed by Vani Gaddam, a student adviser for the Indian Student Association.

"My favorite part of the festival is the way Indian culture comes together and the chance I have to make new great friends from different states in India," Gaddam said.

Mouly and Gaddam were dressed in full-fledged traditional Indian wear. Mouly wore a handmade Sherwani — a black, long-sleeved shirt embroidered in gold and draped with a matching scarf.

The women wore colorful and delicate attire called saree, with a lot of accent jewelry, such as bracelets, earrings and head pieces.

Chris Fawson, vice provost of Academics and International Affairs, spoke at Diwali. He discussed the importance of people realizing the diversity around them. Fawson said he appreciated the students for putting on such a great and enjoyable festival.

"I thought the best part was that they were willing to share so much about their culture," she said. "They did it with a lot of courage."

Mouly just wanted to make sure his audience went away with something good.

"I hope students will learn to get to know and appreciate other cultures, and at the same time I want everyone to have some fun at the festival," Mouly said.

Michelle McKinnon, a student majoring in liberal arts, did just that.

"I was really glad that I had the opportunity to participate in Diwali," she said. "I feel like I learned more about the Indian culture."

There are about 300 Indian students at USU. Most of them are working on master's programs. 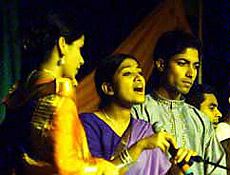 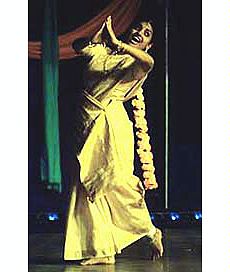