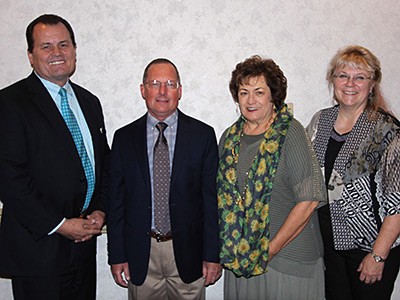 The four Inaugural Professors are featured below.

Rick Heflebower, USU Extension Washington Country director, grew up working with his parents in the yard and orchard in Virginia. He got his first taste of the West going to Rick’s College in Idaho and later graduated from USU in plant science in 1982. He then worked for Maryland Extension 1982 through 2000 as a county and regional agent specializing in horticulture and fruit orchards. His research centered on fruit production and pest management.

“Coming back to Utah as a horticulturist in Washington County was a welcome, but big change,” Heflebower said. “I had to relearn the soils and plants in the desert climate. When I first got here in 2000 St. George was just starting its big population boom.”

He says his research and programming focused on training for landscapers, gardeners and fruit growers to help them adapt to the unique climate challenges of Washington County.

Carolyn Washburn, USU Extension Family and Consumer Sciences agent in Washington County, brought her many years of teaching elementary school in Richfield with her to her USU Extension position with the county in 2003. She had previously also worked with 4-H Youth and Families with Promise mentoring program in Sevier County. She is an excellent teacher and presenter with several of the most viewed videos on the USU Extension YouTube channel.

“When I came to St. George 12 years ago, the 100 years floods had just occurred,” she said. “The Federal Emergency Management Agency (FEMA) moved into our building and I realized how unprepared we were. I began hosting EXPOs and preparedness fairs for the county. I next became involved in a National Disaster Extension committee and began building curriculum to teach preparedness. This is hosted on a national website, and has been used in many state and several foreign countries.”

Michael Pace, USU Extension Box Elder County director, has focused his research on seed crops and orchards in one of Utah’s largest counties. One of his most successful projects has been increasing the production of safflower on both dryland and irrigated fields. Safflower is an important crop for bird seed, bio-fuels and cooking oil.

“Utah produced nearly 23 million pounds of safflower in 2011 valued at $6.9 million, which ranks second in U.S. safflower production behind California,” he said. “Several new safflowers varieties are producing 100-150 pounds more seed per acre on non-irrigated land than the field standard. This increase in production nets commercial safflower growers about $30 - $45 more dollars per acre.”

Pace said he also has active research programs in fruit production such as sweet cherries. Pace also maintains a full schedule of instruction for gardeners and Junior Master Gardeners.

Mark Nelson, USU Extension Beaver County director, began his Extension career in Salt Lake County in 1987, but has been a fixture in Beaver County since 1991. Working in the county for so many years has allowed him to accumulate decades of important data on crops, waste management and water quality.

He said he has helped the farmers and ranchers in the country make the difficult transition from flood and wheel line irrigation to center pivots for a more efficient use of water. More recently his research and programming have addressed pest control such as ground squirrels, pocket gophers, grasshoppers and Mormon crickets.

Nelson’s research has also had international reach. He has served short term instructional assignments in Malawi and Ukraine 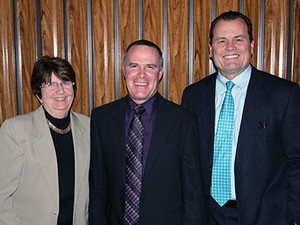 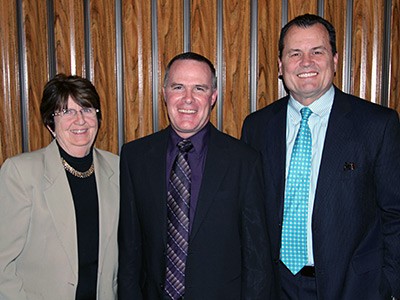 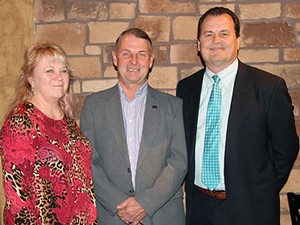 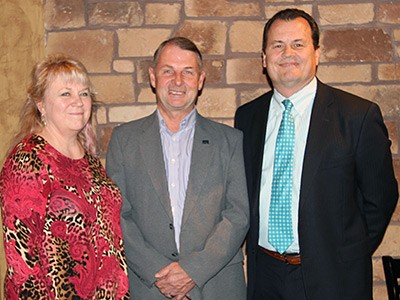