Aggies now have a place to hang their hat (or lab coat) in China. USU officials traveled to the People’s Republic of China May 7-17 to sign two agreements fostering collaborative research and academic exchange with Chinese universities. Included in the agreements was the establishment of a satellite facility for Utah State’s Center for Integrated BioSystems at Xiamen University.
“We have joint research between USU and Chinese scientists underway and a lab to work in when we visit China,” said Bart Weimer, director of USU’s CIB and a professor in the College of Agriculture’s Nutrition and Food Sciences Department. “We’re already exchanging people, data and samples and laying the groundwork for important collaborations.”
Weimer was part of a USU delegation, led by President Stan Albrecht, which met with officials in China’s Ministry of Science and Technology in Beijing and at the Northwest Sci-Tech University of Forestry and Agriculture in central China’s Shaanxi province, in addition to personnel at Xiamen University in the coastal Fujian province. Other USU officials on the trip included First Lady Joyce Albrecht, Brent Miller, vice president for research, Noelle Cockett, vice president for USU Extension and dean of the College of Agriculture, and Dong Chen, research assistant professor, CIB.
“The trip to China far exceeded my expectations,” said Miller. “From this trip I expect that there will be mutually beneficial education and research results, including faculty and student exchanges, research efforts and joint scientific discoveries.”
The agreements are the culmination of several years of faculty exchanges between USU personnel and Chinese scientists funded by U.S. Department of Agriculture grants. Specific areas of research collaboration include infectious disease treatments, natural products development and drug discovery, stem cell research and cloning of agriculturally important livestock and crops, study of drought stress in plants and hydrology.
“China is hungry for collaborations with the international science community and is reaching out aggressively,” said Weimer.
Miller noted that Chinese cabinet level officials and university leaders are strongly supportive of China-USA partnerships. “We saw that China is investing heavily in its research universities, both in physical infrastructure and in human resources,” he said.
The USU team observed that construction cranes filled the skies of urban areas they visited and the country has undertaken a huge nationwide highway building project. Northwest Sci-Tech University of Forestry and Agriculture’s new biotechnology center is five times larger than Utah State’s CIB, said Weimer.
With its burgeoning population and economy yet relatively small amount of arable land, China is keenly interested in agricultural technology, said Weimer. “In many of its agricultural areas, China faces the same challenges as Utah – similar soils, scarcity of water. They need our knowledge and experience.”
He also noted that much of Chinese agriculture is still performed by hand, without the benefits of mechanization. “University administrators are very interested in our Extension model as they need the means to disperse new technology and information to small farmers throughout the country.”
Miller and Weimer said USU and the state of Utah have much to gain from the collaboration.
“This is an ideal opportunity to share Utah State’s prowess in biotechnology and access important research opportunities,” said Weimer. “We will benefit significantly from sharing in China’s financial and human capital, along with its scientific expertise.”
Contacts: Brent Miller, 435-797-1180; brent.miller@usu.edu; Bart Weimer, 435-797-2753; bcweimer@cc.usu.edu
Writer: Mary-Ann Muffoletto, 435-797-1429; maryann.muffoletto@usu.edu 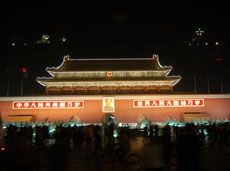 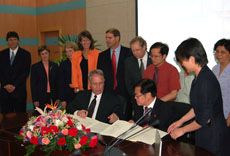 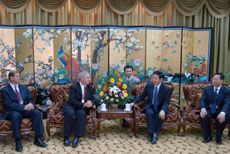 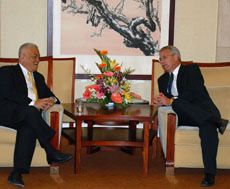 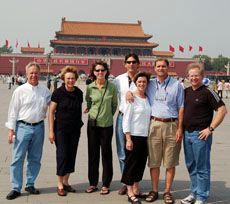 Beth E. Foley, dean of the Emma Eccles Jones College of Education and Human Services at Utah State University, will be stepping down as dean on December 31. 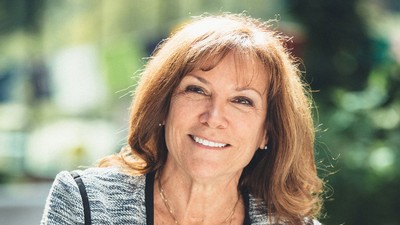