Innovations targeting markets for industrial coatings, integrated circuit design, wireless communication and human resource processes were approved in the most recent USTAR Technology Commercialization Grant round at Utah State University.
In 2009 USTAR launched the Technology Commercialization Grant (TCG) program, a funding mechanism designed to bring innovative new technologies to market from Utah’s public colleges and universities. Four submissions selected by USU’s internal Technology Commercialization Grant review committee were approved by the USTAR Governing Authority in February 2010.
“We are very pleased with the caliber of proposals received during the second submission round,” said Ray DeVito, director of USU’s Technology Commercialization Office. “The USTAR TCG program was designed to assist inventors and researchers in the final stages of idea implementation and drive the commercialization of technology forward.”
Additionally, the USTAR TCG program is committed to supporting research projects that are most likely to generate patents, technology licenses and product commercialization in the short term.
The four approved proposals — representing aggregate funding of $273,452 were:
Demonstration of Coanda-Assisted Spray Manipulation on Commercial Plasma Spray Guns
Thermal spray coatings extend the life of products in a variety of industries and are used in more than 34 industrial sectors, including aerospace, energy, automotive and steel. In 2006, the market size for thermal spray coating was reported at $7.6 billion USD. The patent-pending Coanda-Assisted Spray Manipulation (CSM) device controls the direction and shape of thermal sprays with high precision and rotation rate. The CSM technology is an add-on device for existing thermal spray equipment.
“This innovation makes it possible to control the spray direction and several thermal spray process parameters with a single nozzle and no moving parts in or near the high-temperature flow,” said Barton Smith, professor of mechanical and aerospace engineering at USU. “The new device enables long-term operation of controllable jets or sprays in harsh, corrosive, or combusting environments.”
GPU-CAD Floorplanning using Throughput Computing
Modern integrated circuits require sophisticated automated tools and algorithms to meet increasingly diverse objectives.
Floorplanning is an important electronic design automation (EDA) algorithm repeatedly used during the life cycle of an integrated circuit’s design. Floorplanning represents up to five percent of the large EDA market.
“We have developed a new concurrent floorplanning algorithm that is 17 times faster than other floorplanning tools,” said Koushik Chakraborty. Chakraborty and Sanghamitra Roy, both professors of Electrical and Computer Engineering at USU, are the technology’s principal investigators.
Nanofabrication and Packaging Processes for Multifunctional Reconfigurable Antennas
Multifunctional reconfigurable “smart” antennas are used in wireless communications applications to provide enhanced signal reception and transmission capabilities.
The TCG project’s goals are to deliver high reliability smart antennas by developing a wafer-level packaging technology along with highly reliable MEMS processes.
“Smart antenna technologies are currently a $2 billion global market,” said Bedri Cetiner, inventor and professor of electrical and computer engineering at USU. “The next few years will witness new technology standards that will have a direct impact on the adoption of smart antennas.”
Expansion of the ONE Application in the Western United States
The ONE Application helps Utah citizens to apply for and submit paperwork to multiple state agencies with a self-propagating form system. Citizens answer questions once and the technology fills the data into multiple requisite forms. The ONE Application has been in production since 2005 and received a 2006 Innovation Award from the Council of State Government and has achieved a 99 percent customer satisfaction rating for four straight years.
Building on the ONE platform, 321Forms is a proposed Web service that targets repetitious Human Resource paperwork in a similar manner.
“Human Resource practitioners are looking for a streamlined process for managing repetitious paperwork associated with the new hire and open enrollment processes,” said Stacey Barlow Hills, co-director of the Huntsman Scholars program and clinical assistant professor of marketing at USU. “The benefits of the paperless 321Forms include non-redundant completion and form submission via a secure web environment, elimination of pen-and-paper completion errors and faster processing and updating, reducing the time and effort and resulting in cost savings for the organization.”
“USTAR was designed to have a role at Utah’s research universities and assist with economic development and innovation,” said Ned Weinshenker, vice president for strategic ventures and economic development at USU. “The purpose of the program is to accelerate the movement of innovative ideas and technologies out of USU and into commercial markets quickly in order to create high paying jobs in the state of Utah.”
USU’s internal Technology Commercialization Review Committee evaluates applications and passes successful applications along to the USTAR Governing Authority for review. Successful applications include technical merit, size and accessibility of the potential market, potential strength of intellectual property, quality of management team, and financial viability of a business built upon the innovation.
Technology commercialization is a key component of USU’s research and outreach missions. It supports the university land-grant mandate to improve the lives of Utah citizens and to disseminate research results to the state, the nation, and the world.
The USTAR TCG program is funded by the American Recovery and Reinvestment Act which recently made available $800,000 to Utah State University. Two deadlines remain — March 31 and June 30, 2010.
For more information, visit USU’s economic development Web site.
The Utah Science Technology and Research initiative (USTAR) is a long-term, state-funded investment to strengthen Utah’s “knowledge economy” and generate high-paying jobs. Funded in March 2006 by the State Legislature, USTAR is based on three program areas. The first area involves funding for strategic investments at the University of Utah and Utah State University to recruit world-class researchers. The second area is to build state-of-the-art interdisciplinary facilities at these institutions for the innovation teams. The third program area involves teams that work with companies and entrepreneurs across the state to promote science, innovation and commercialization activities. Information on the USTAR program is available online or follow the program on Twitter. For USU news, follow USU USTAR on Twitter and USU Technology Commercialization Office.
Contacts: Karen Boghossian, 435-797-9603, Karen.boghossian@usu.edu
Jacoba Poppleton, 435-797-9608, jacoba.mendelkow@usu.edu 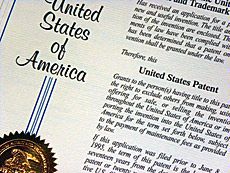 In 2009 USTAR launched the Technology Commercialization Grant program to bring innovative new technologies to market from Utah's public colleges and universities. Four submissions were approved by the governing authority in February 2010.