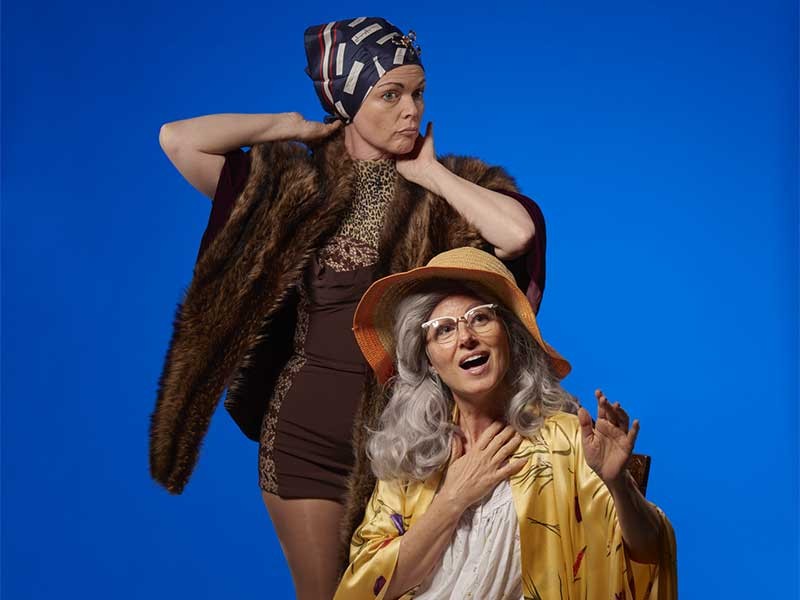 Big and Little Edie Bouvier Beale hit the Caine Lyric Theatre stage Thursday, June 28. Grey Gardens is based on the book by Doug Wright, music by Scott Frankel and lyrics by Michael Korie.

How does one of the wealthiest families in New York end up living in squalor and isolation? The story of Big and Little Edie, aunt and first cousin of Jacqueline Kennedy Onassis, is told through this Tony Award-winning musical adaptation of the 1970s documentary, Grey Gardens.

“Grey Gardens is a beautiful show that is not produced much,” Richie Call, co-artistic director of the Lyric Rep, said. “I’m excited to be among the first companies to bring it to Utah.”

In addition to the musical, the Lyric Rep will also host a screening of the original Grey Gardens documentary on July 31 at 7:30 p.m. in the Russell/Wanlass Performance Hall. Admission is just $5.

Directed and choreographed by Jim Christian, the recently retired director of musical theater studies at Weber State University, Grey Gardens is sure to be an audience favorite.

“Jim knows more about musical theater than anyone I’ve ever met,” Call said. “He’s a triple threat—director, music director and choreographer. He also has a great respect for the source material and the women who are the centerpiece of the musical and documentary.”

Opening June 28, Grey Gardens runs on select dates through August 3. Also part of this Lyric Rep season is Sense & Sensibility, Peter and the Starcatcher and Macbeth.