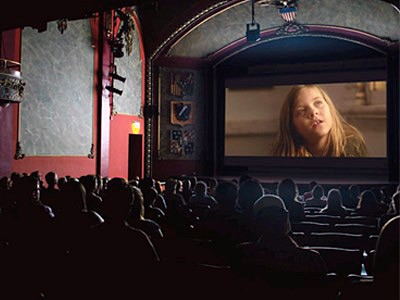 Producers of The Block Film & Art Festival — incorporating the Logan Film Festival in its 5th year — have announced the program lineups for the Oct. 7-8 festival, as well as the availability of festival passes and 90 percent off student passes available at local business, including Morty’s Cafe near the Utah State University campus.

One of the most exciting and unique details of The Block is the sheer amount of local artists who are having their art featured and who are also on the ground running the festivities, organizers said.

In addition, the USU Independent Music Club, the Caine College of the Arts, as well as dozens of student volunteers have thrown in their time and expertise to bring this festival to life. And, the organizers note, none would have been possible without the legacy of Utah State’s Alan Hashimoto, an inspiration to all.

This year, Even Stevens will host an Art Gallery that features original pieces from the USU graphic design students. The NEHMA art truck will be featured on The Block among other outdoor installations.

The Educational portion on the Festival will feature the following lectures and workshops: Nancy Huntly and Katie Koven will talk about the ARTsySTEM Program; Mikey Kettinger, a graduate student; Mark Boxx currently getting a degree in sculpture; Emily Walker alumni painting/drawing; Andy Worall MFA in painting/drawing; Nicholas Carpenter current graphic design student; Jeannie Johnson a political science professor; Macy Keith and Marcos Garcia from the USU Access and Diversity Center, and Justin Peterson from USU Housing will participate on a Learn panel.

The film production for the Narrative Feature Film, Artifice, brought a massive amount of local Cache Valley and USU talent together. Adrianne Moore, the head of the USU Theater Department, welcomed actors flown in from Los Angeles to stay at her home during principal photography. She also made the trek to SLC to record voice over work for the film’s dystopian “film within a film” scenes.

Dennis Hassan, Matt Stowe and Bruce Deurden worked closely with the film’s producers discussing the visual concept and helped guide the production team to more theme-appropriate set pieces and dressings. All the set dressing that you see in Artifice has the seasoned touches of USU award-winning set designers.

Michael Doxey, one of the film’s producers, earned his bachelor's degree and master's from USU. Taylor Ballam, an associate producer for the film, and a local videographer shot b-roll for the film. Syna Harris, Leslie Judkins and Paige Rigby, all USU students, were part of the make-up team. Carrie Purser and Machelle Bindrup, locals to Cache Valley, also stepped in to execute the film’s specific dystopian make-up look. Trevor Weller and Sam Capasso, who worked as carpenters on the film, attended USU as well.

Richie Call, a professor in the USU Theater Arts Department and also be currently appearing in Pioneer Theater Company’s Production of Sting’s The Last Ship, brought the production team into his acting classes and workshops for the students to get a chance to meet and greet with the filmmakers. Colton Iverson and Kayli Jackson, both graduates of the USU Theater Department, ended up being cast in the film with speaking lines because of the classroom introduction. Call also provides the voice for one of the reporters in the film.

Kent Hadfield, who will also be presenting his original play Gravel County Talent Spree at The Block Festival, played the authoritative and somewhat masochistic antagonist in Artifice and has performed in several productions with the USU Theater Arts Department.

Finally Mateo Rueda, who got his master’s from the Caine College of the Arts, created specialized artwork featured in the film that reflects the ever-maddening journey of the lead character. He is designed the film's official festival poster.

Festival passes include access to 47 films, more than 30 bands, artists, exhibits, panels and a special music performance at Why Sound free to ticket and pass holders. Passes sell for $45 online, but can be purchased in person at Morty’s Cafe and Caffe Ibis for $20 or $5 with a valid USU student ID.

“This year our festival has something for everyone,” producer Mason Johnson said. “Some who might not have come for the independent film in the past might come for the bands on our outdoor music stage, the educational panels or to appreciate the art installations we’ll have set up in Logan’s beautiful downtown.”

The festival film selections, local musician lineup and pass availability were made public just days ago at the festival’s official Facebook page and website:

The Block Film & Art Festival is also partnering with the first Logan Pride Festival, which will share center street (Oct 8), as well as some LGBTQA related films and panels at the festival, hosted in part by USU’s Access and Diversity Center . 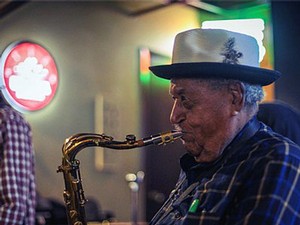 Past festivals have included noted musicians. Music offerings have been greatly expanded this year. 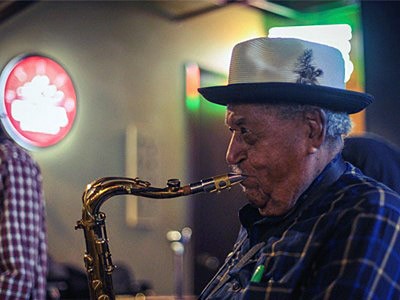 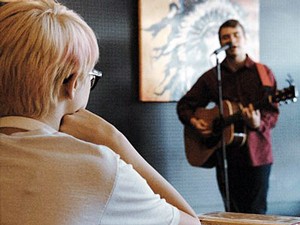 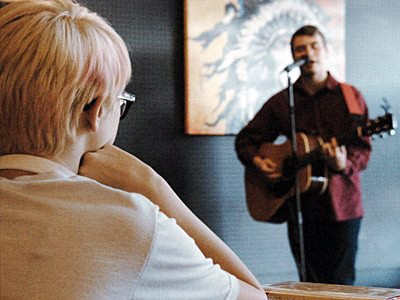 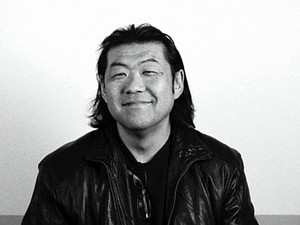 The Logan Film Festival was founded by and continues the legacy of Utah State's Alan Hashimoto, an inspiration to all. 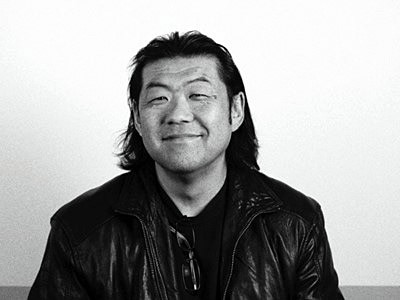