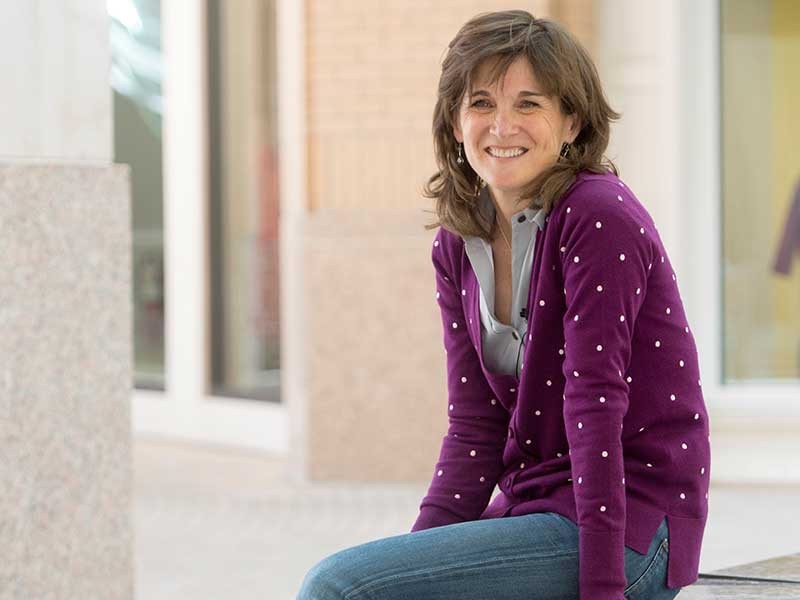 Becky Andrews, Alumna of the Year.

All Aggies are invited to Utah State University’s third annual Aggie Family Reunion, Friday, Sept. 27, from 6-8 p.m. in downtown Logan. Festivities include a pep rally, local vendors, games, an outdoor movie, music, photos and fun. And last, but certainly not least, join the university as it celebrates and honors the 2019 USU Homecoming honorees.

Becky Andrews, Alumna of the Year

During her freshman year at Utah State University, Logan, native, Becky Andrews was diagnosed with a degenerative eye condition that would forever impact the trajectory of her life. During her time as an Aggie, Andrews would meet and marry Steve Andrews, earn her bachelor’s in information systems and also welcome two children, Natalie and Kendall, who would go on to carry forward the Aggie legacy. Ten years later, while her vision continued to decline, Andrews returned to USU to complete a master’s degree in rehabilitation counseling.

Andrews is a licensed clinical mental health counselor, and in 2006, Steve and Becky founded Resilient Solutions, Inc., an individual, marital and family counseling center in Bountiful, Utah. With 14 therapists, the agency serves many families. Together, the couple established a nonprofit called Oasis Center for Hope to further assist and empower individuals, families and communities experiencing loss.

Andrews greatest joy is spending time with family and cheering on the Aggies.

A Utah native, Foxley is passionate about promoting the Beehive State. She has served as Economic Development Corporation of Utah’s president and CEO since 2017.

Foxley has enjoyed being part of Team Utah’s efforts to attract dozens of companies on expansion and relocation projects representing various industries throughout the state, including Goldman Sachs, Vista Outdoors, Stadler Rail and Facebook.

Prior to joining EDCUtah, Foxley was a senior leader at the Utah Governor’s Office of Economic Development. Earlier in her career, she represented a diverse set of clients in private legal practice on a multitude of general corporate and financial matters.

Foxley lives in Salt Lake City with her husband and son. They love spending time outdoors together with their Bernese mountain dog.

Utah State University former First Lady Billie Emert once said it was “love at first sight,” as she entered Cache Valley and saw the iconic Old Main Tower standing proud on the hill. Emert served as the institution’s first lady alongside husband George, USU’s 13th president, from 1992 until 2000.

Emert first met her husband during a family trip to Okinawa, Japan. After earning a bachelor’s from the University of Wyoming, she married, raised four daughters, supported her husband’s career and built her own. A brilliant mathematician, she worked with several university computing centers and wrote software for a scientific management company.

In her discretionary time, Emert has written novels for adolescents and served on the board for the Sunshine Terrace Foundation in Cache Valley. In 2002, she and her husband were recognized by USU when the 500-seat auditorium in the Eccles Science Learning Center was named in their honor. Emert mourned the loss of her husband in 2018.

An accomplished educator, Hall earned a bachelor’s in education from the University of Akron and then studied library science at Peabody College for Teachers. Her dual career working with children as a classroom teacher, and as a school librarian, would extend for 34 years.

During her time at USU, Hall served on the boards of the Sunshine Terrace Foundation and the Cache Valley Center for the Arts. After her husband’s death in 2006, Hall moved back to Ohio to be close to her family. In recent years, she has tutored GED students, served several terms on the board of her church and chaired committees in the retirement community.

Joyce Albrecht said the privilege of going to college changed her life and gave her the opportunity to begin a 45-year career in higher-education administration at three different universities. The highlight of her career, however, was the opportunity to use her fundraising experience to build the foundation for the USU’s Caine College of the Arts. Albrecht worked with generous benefactors that provided resources for a new performance hall, undergraduate and graduate scholarships, an endowed resident quartet, a remodeled fine art center and ongoing program support for theater, art and music.

Albrecht served as USU’s First Lady from 2005 to 2016, alongside husband Stan Albrecht, USU’s 15th president. Over the years, she has served as a volunteer board member for the American Cancer Society, Sunshine Terrace Foundation, Cache Valley Center for the Arts and Logan Regional Hospital. Joyce has also provided administrative oversight for the Utah Academy of Sciences, Arts, and Letters for 15 years and served as president of the Council of Presidents’/Chancellors’ Spouses of the Association of Public and Land-Grant Universities.

Now in retirement, Albrecht is enjoys time with her husband and their seven children, 14 grandchildren and six great-grandchildren. 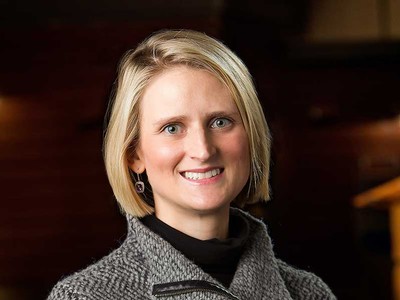 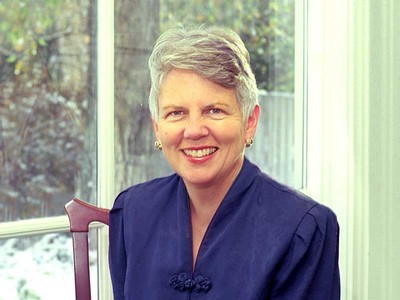 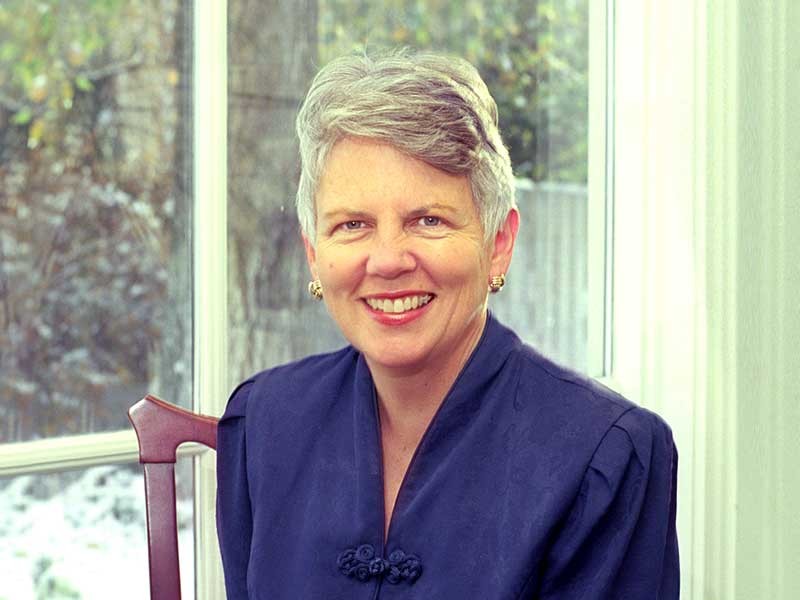 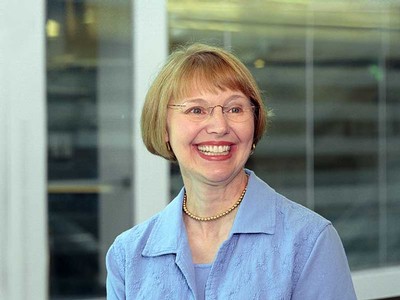 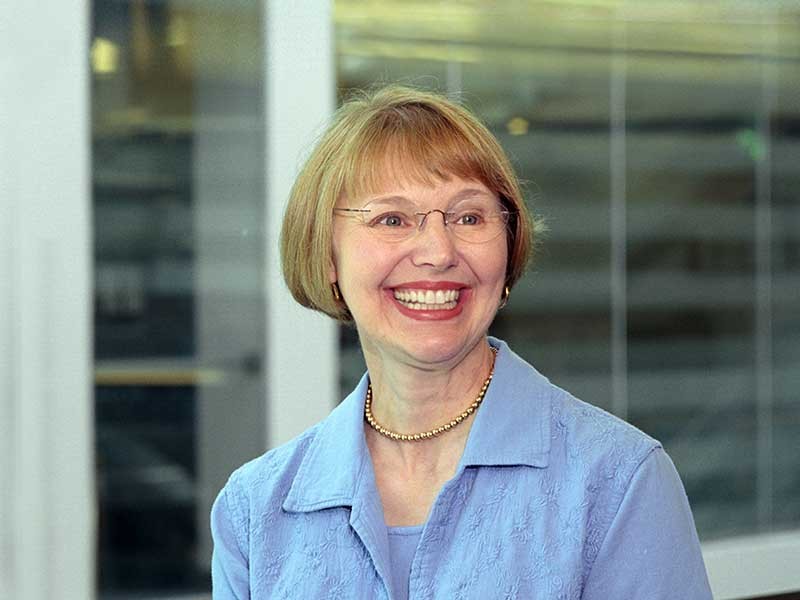 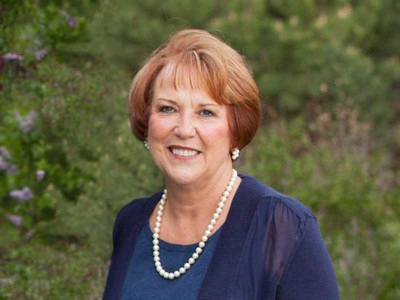 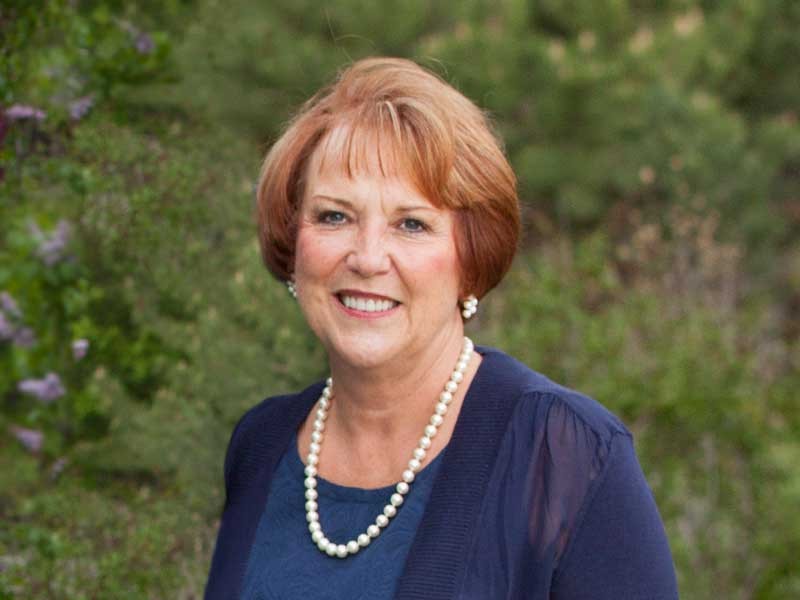 Year of the Woman 84stories