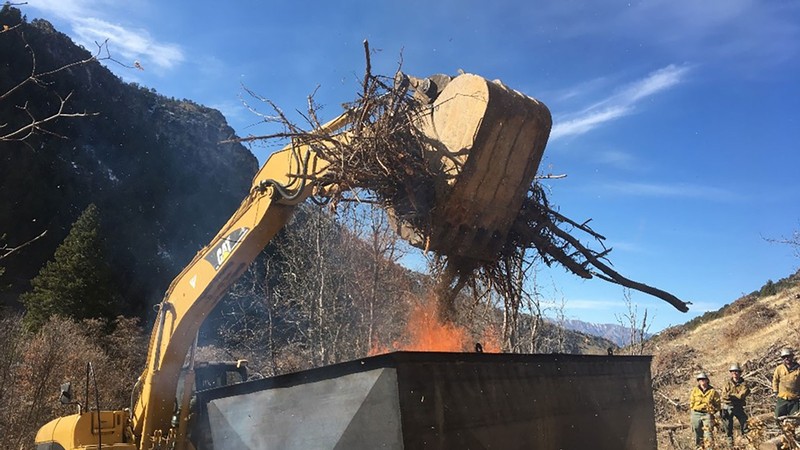 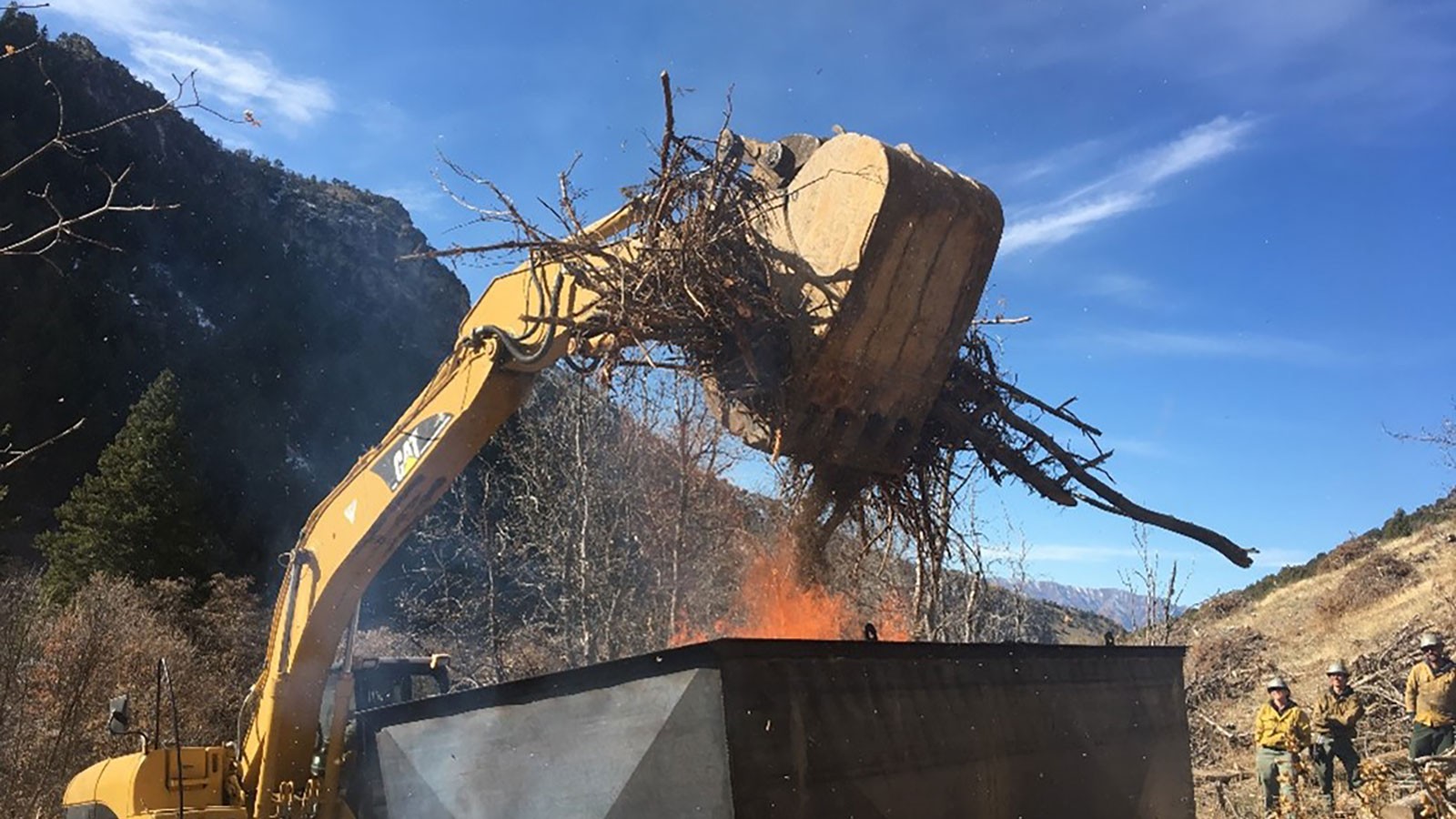 As carbon dioxide levels in the Earth’s atmosphere increase, the battle against climate change worsens. Carbon dioxide is a greenhouse gas that traps and radiates heat. Capturing carbon, or carbon sequestration, is a natural or artificial process that allows for the removal of carbon dioxide from the atmosphere with storage in solid or liquid form, thereby reducing its negative impact on the atmosphere.

Forests hold much of the carbon on the planet, so it is no secret that one of the most efficient ways to remove carbon from the atmosphere is to grow trees. Trees turn atmospheric carbon dioxide into wood through photosynthesis, but can only store it temporarily. What happens to the carbon that is stored in the tree is dependent on what happens to the wood; if burned or left to decompose, the carbon is returned to the atmosphere. But what if there was a way to use this wood to store carbon for centuries? There is a way according to Utah State University researchers in the S.J. & Jessie E. Quinney College of Natural Resources. By making biochar and mixing it with soils.

Essentially, biochar is charcoal that is intended as a soil amendment. Biochar is made by heating wood (or almost anything else that once grew) in an environment with little to no oxygen. The resulting product is generally between 60% to 90% carbon, meaning only 10% to 30% of the stored carbon was released into the atmosphere.

Biochar can be thought of as an empty sponge; it offers little in the form of soil nutrients by itself, but it can absorb and retain nutrients and moisture, distributing those benefits to poor quality soil. While it can have an impact on productive soils, these features will make biochar most useful in poor quality soils. Because it is an empty sponge it is best to mix it into compost rather than applying it directly to soils if plant productivity is your highest goal.

Every time an agricultural field is tilled, a percentage of the carbon in the soil is lost to the atmosphere. By adding biochar to the soils and essentially restoring lost carbon, we are able to increase the water holding capacity, or the soils ability to hold water, and make the soils more productive. Our mountains and range lands can become water storage reservoirs in a sense, by adding ten tons of biochar per acre, an increase of soil water holding capacity by 25,000 gallons on that acre, all while sequestering carbon.

An alternative to chipping or burning wood waste is to turn that material into biochar, this will preserve approximately one third of the carbon in the wood. Simple biochar kilns are a useful tool in the fight to limit severe wildfires and climate change.

“There is no more accessible means of carbon sequestration at home, on the farm, ranch or in the forest,” said Darren McAvoy, from the Extension assistant professor from the Wildland Resources Department.

The Utah Biomass Resources Group has been engaged in developing biochar kilns and production methods that make it accessible to landowners, farmers and ranchers. The USU researchers have made biochar with simple kilns in eight Utah counties, applied it to abandoned mining sites in the Uinta Basin, tested its usefulness as an amendment to sheep diets, applied it to alfalfa and corn crops beneath irrigation pivots in Utah and have made biochar from more than 20 different woody species from aspen to tamarisk. This work is supported by a Utah Public Lands Initiative Grant as well as the Bureau of Land Management, the USDA Forest Service, the Utah Division of Forestry, Fire and State Lands and many others. See utahbiomassresources.org for more information. 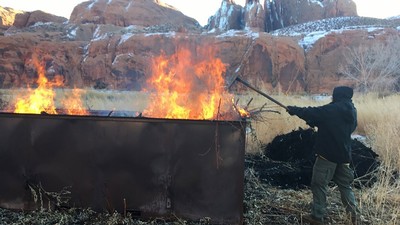 A firefighter from the Lone Peak Engine Crew tends a big box kiln on private land along the Colorado River near Moab, Utah. February 2020, The biochar produced is being used on a tree nursery on this site. 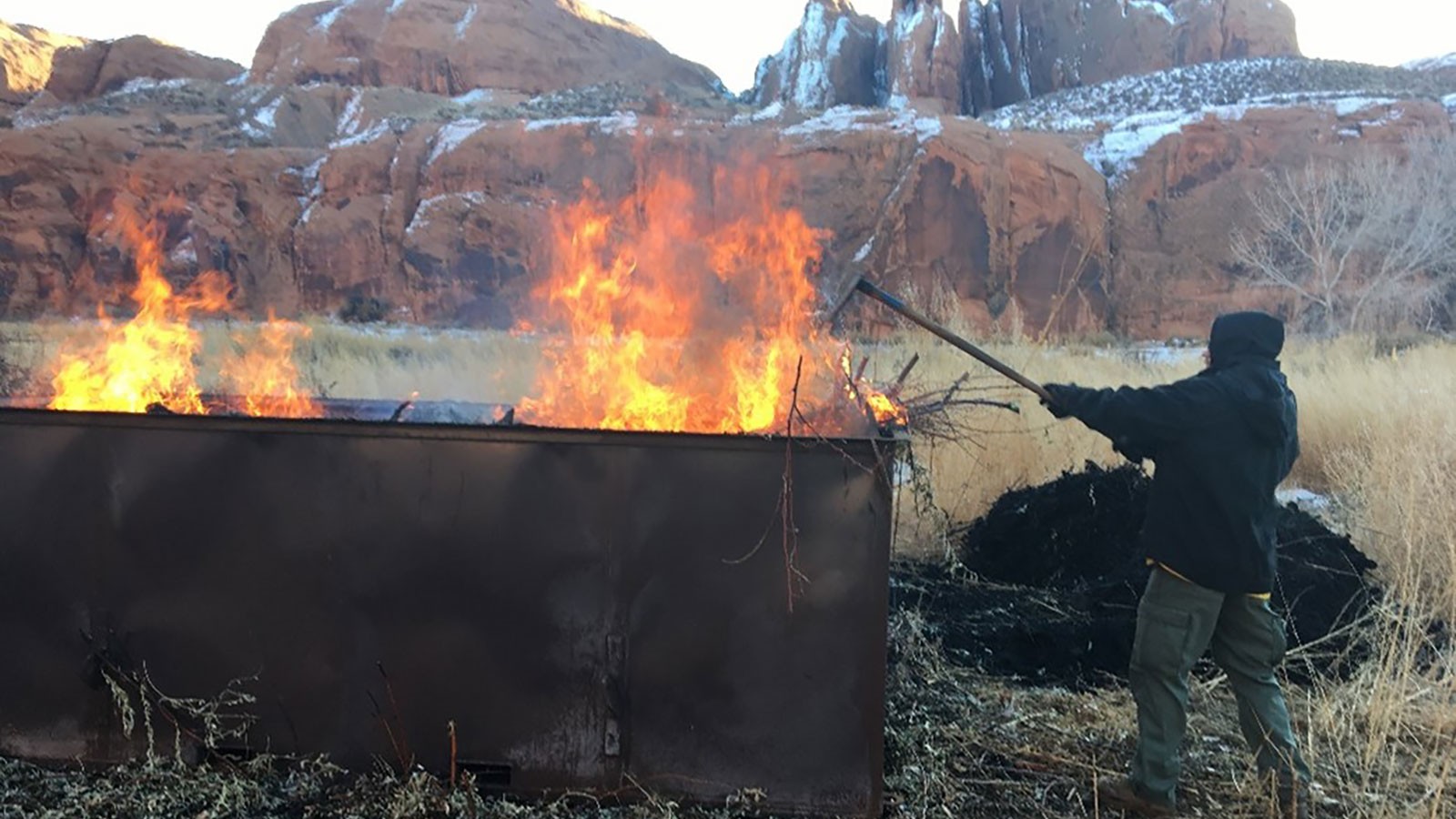 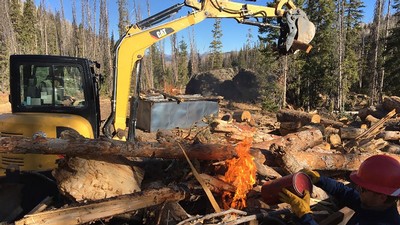 A mini excavator loads logs as large as 30 inches in diameter into two big box kilns while a QCNR graduate student, Will Munger, lights one of the kilns with a drip torch on the Heber-Kamas District of the Uinta-Wasatch-Cache National Forest. November 2020. 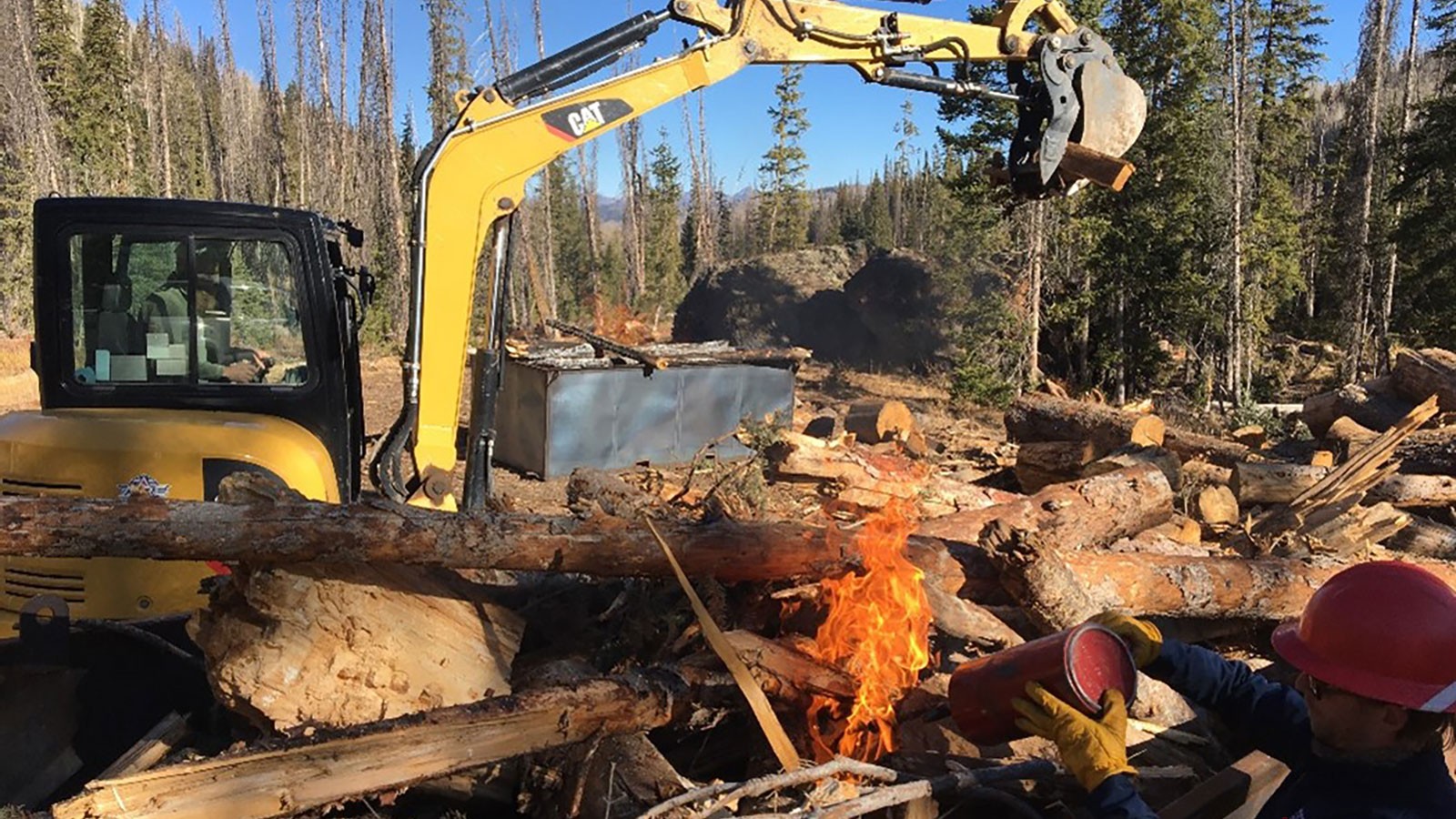