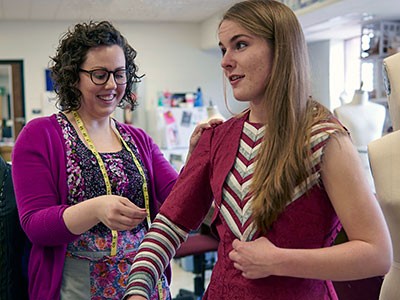 At the height of the Great Depression, Bonnie Parker and Clyde Barrow went from two small-town nobodies in west Texas to America’s most renowned folk heroes and law enforcement’s worst nightmare. Now, they’re bringing their electrifying story of love, adventure and crime that captured the attention of an entire country to Utah State University’s Caine Lyric Theatre in Logan, Utah, via the final stage presentation of the year.

“This musical operates on two levels,” said Ken Risch, theater department head in the Caine College of the Arts and the show’s director. “At its core, Bonnie and Clyde is a love story about two young people whose passion for life and each other leads them to make decisions that result in disastrous consequences. It is also a story that has contemporary relevance in that it begs an answer to a question that has been very much [a part] of recent news events: ‘What social conditions lead us to make heroes out of those who demonstrate anti-social behavior?’”

Bonnie and Clyde were notorious criminals, but they were also regarded as heroes by many of the victims of the Great Depression — an almost Robin Hood-like worship based on the “have-nots” striking back at authority and those who “have,” Risch said.

“Anyone who has been closely following the news over the past few years or listened to national politicians can see the parallels,” Risch said. “The events in the musical are based on actual events, but it is ultimately a romanticized view of the famous couple.”

There are 29 scenes in the musical as it moves from events from Bonnie and Clyde’s childhoods to the ambush that leads to their deaths. The [stage] set needs to be extremely flexible and one that evokes a feel for the period rather than literal locations, Risch said.

“The costumes [in the USU production] are based upon the research that designer Jenny Schwartzman has done,” Risch said. “There is an iconic look for Bonnie and Clyde based upon photos that were ultimately left behind during a quick getaway and discovered by the police. These photos became famous and make it increasingly difficult for the couple to stay in one place for any length of time. The photos also helped shape the public’s perception of Bonnie and Clyde.”

Risch tries to give each character and scene respect by staying neutral and maintaining objectivity.

“This story has always intrigued me, and the more I researched, the more fascinated I became with all of the people involved in it,” Risch said. “It was an amazing time in American history and these were colorful youngsters with big dreams.”

Playing the lead roles in the musical are Katie Francis as Bonnie Parker and Zedrick Evans as Clyde Barrow. The cast includes an additional 24 actors.

Bonnie & Clyde includes music by Frank Wildhorn, lyrics by Don Black and book by Ivan Menchell. It premiered in 2009 in La Jolla, Calif., and debuted on Broadway in December 2011.

USU’s production of Bonnie & Clyde plays April 14-18 at 7:30 p.m. at the Caine Lyric Theatre, 28 West Center, in downtown Logan. In addition to the evening performances, a 2 p.m. matinee is Saturday, April 18. Tickets are $18 adults, $15 seniors and youth, $10 USU faculty and staff and free for USU students with ID. For more information or tickets, contact the CCA Box Office in room L101 of the Chase Fine Arts Center on USU’s Logan campus, call 435-797-8022, or go see the Caine College Production Services website. 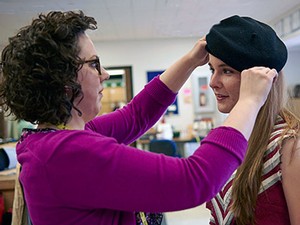 Costume designer adjusts a beret during a costume fitting for the USU production of the musical "Bonnie and Clyde," playing April 14-18, Caine Lyric Theatre, Logan. 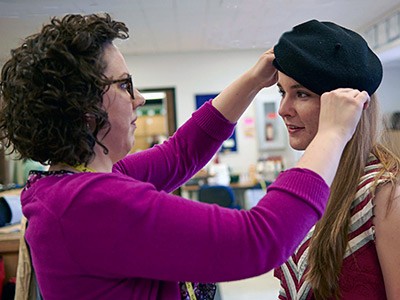 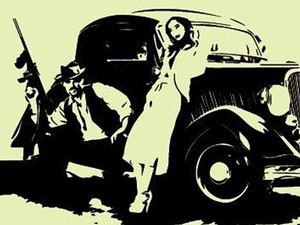 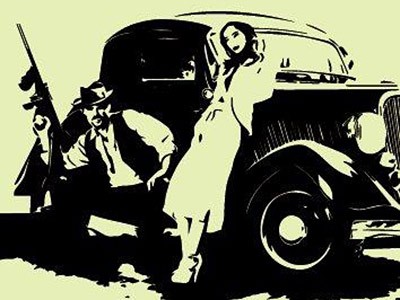