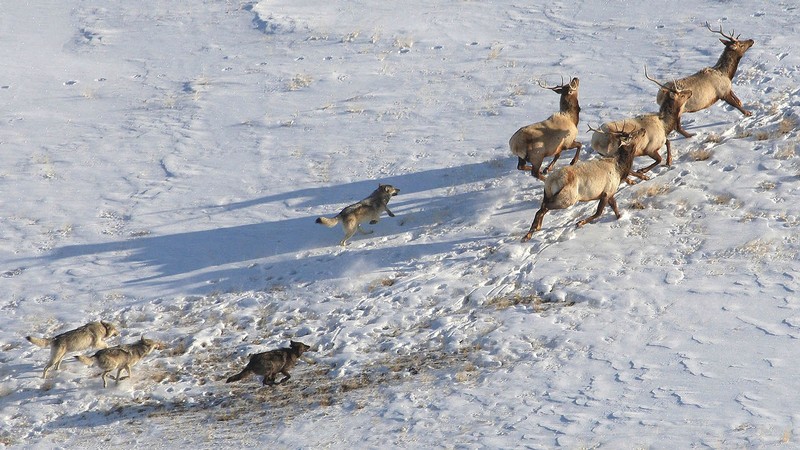 The award-winning book "Yellowstone Wolves" was written by the people who prepared and performed reintroduction and spent 25 years researching and managing wolves. (Photo: Douglas W. Smith/NPS) 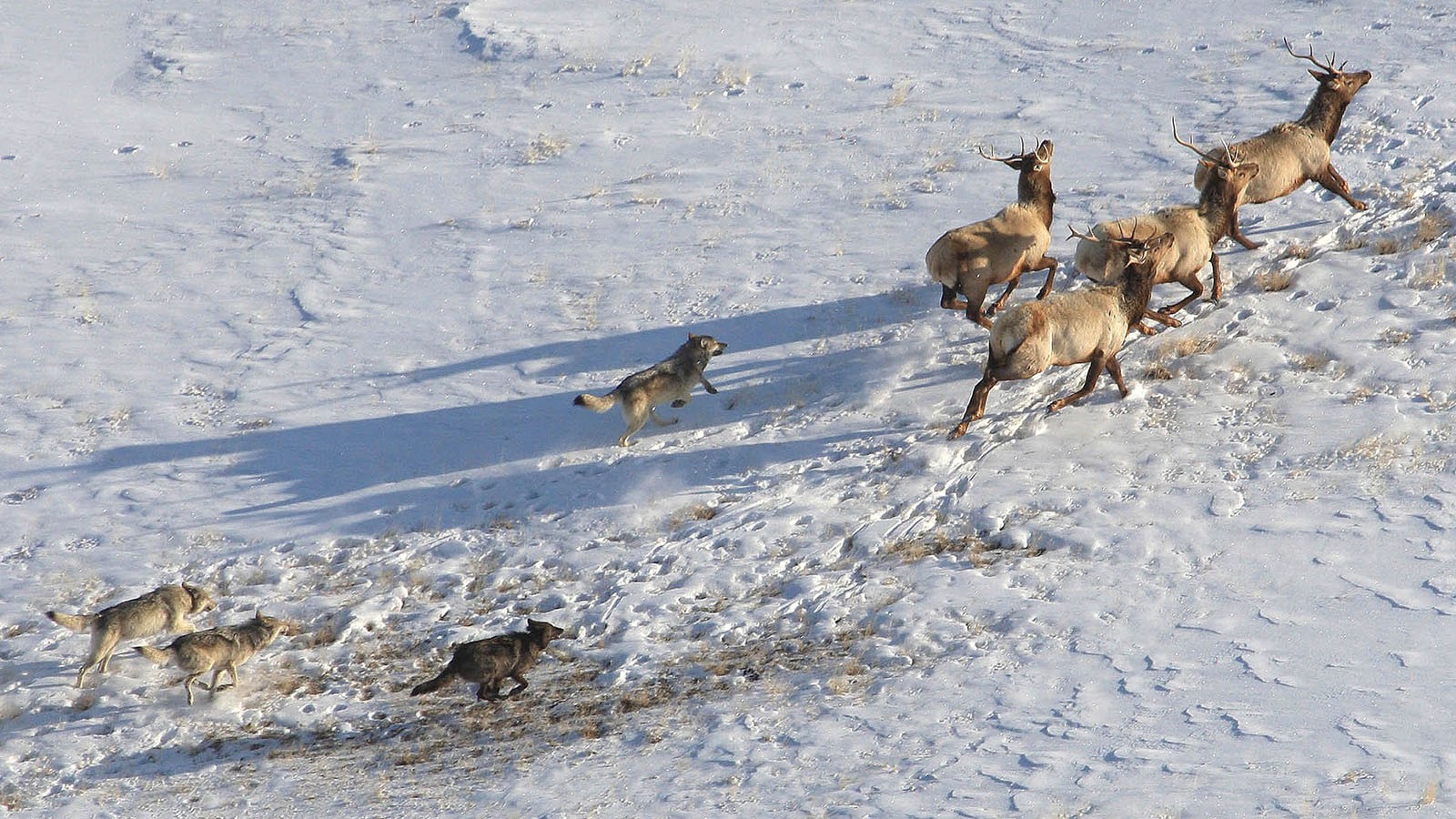 Like a Canis lupus chorus on a moonlit night, reviewers at The Wildlife Society are making some noise over a new book co-written by Dan MacNulty from Utah State University’s Department of Wildland Resources. Yellowstone Wolves: Science and Discovery in the World’s First National Park recently earned The Wildlife Society’s 2021 Publication Award for Best Edited Book.

Wolves offer a compelling story rife with conflict. In the early 20th century, the U.S. government set its sights on wolf eradication, nearly succeeding in the lower 48 states. Wolves were extirpated from Yellowstone National Park by 1926. But thanks to years of persistence by scientists and advocates, they were reintroduced to the park starting in 1995 and have maintained a stronghold ever since.

Yellowstone Wolves is a collaborative effort written by the people who prepared and performed the reintroduction and spent the next 25 years researching and managing wolves. The perspectives of 74 authors over 19 insightful chapters blend descriptive accounts with engaging imagery. MacNulty, an associate professor in the Department of Wildland Resources, co-edited the book, wrote three of the chapters, and contributed to nine more. He shared his experience as one of the first field technicians for the Yellowstone Wolf Project and views this work as a service to the general public.

“The book is written in a way that is accessible to non-scientists,” said MacNulty. “Much of the Yellowstone Wolf Project was financed by taxpayer money and we want to make the public aware of what came of that investment.”

“We spent hours sitting in the snow, peering through spotting scopes, watching wolves hunt, feed, play, mate, and spar with rival packs,” said MacNulty of his early research. "These behavioral data were the focus of my research in graduate school, and now I support USU graduate students in their own research related to Yellowstone wolves. Much of the book is based on our research, including three chapters co-authored by four of my graduate students.”

Yellowstone Wolves covers the history of the grey wolf in North America and documents the formative years after reintroduction, including groundbreaking observations on the social behavior of wolves. The mission of the book is to lay out the facts surrounding the biology of wolves and dispel some of the myths about the species, MacNulty said, such as the fear that the wolf population would increase without limit following reintroduction.

“Wolf numbers leveled off in part because more wolves led to more conflict between packs which increased wolf mortality and in turn decreased population growth,” said MacNulty. “The number one source of mortality for a wolf in Yellowstone is another wolf, typically one from a rival pack”.

MacNulty also said that wolves did not have a catastrophic effect on the Yellowstone elk population that some people claim, and conversely, they did not have a massive positive effect on aspen regeneration that others suggest. In a world that is often seen in black and white, the true story of the wolves in Yellowstone lies somewhere in between.

Yellowstone Wolves works to strike a balance between providing a critical look at the history and biology of wolves while offering a way forward to wildlife managers with regard to what is still a controversial and divisive animal. 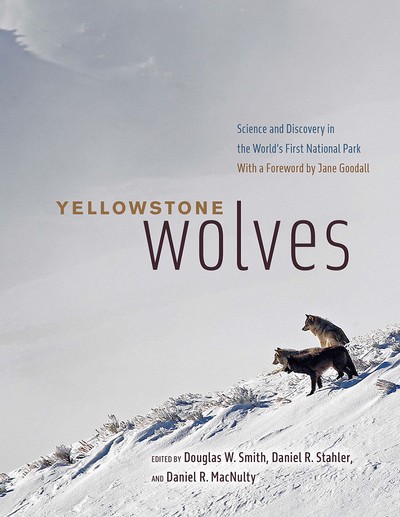 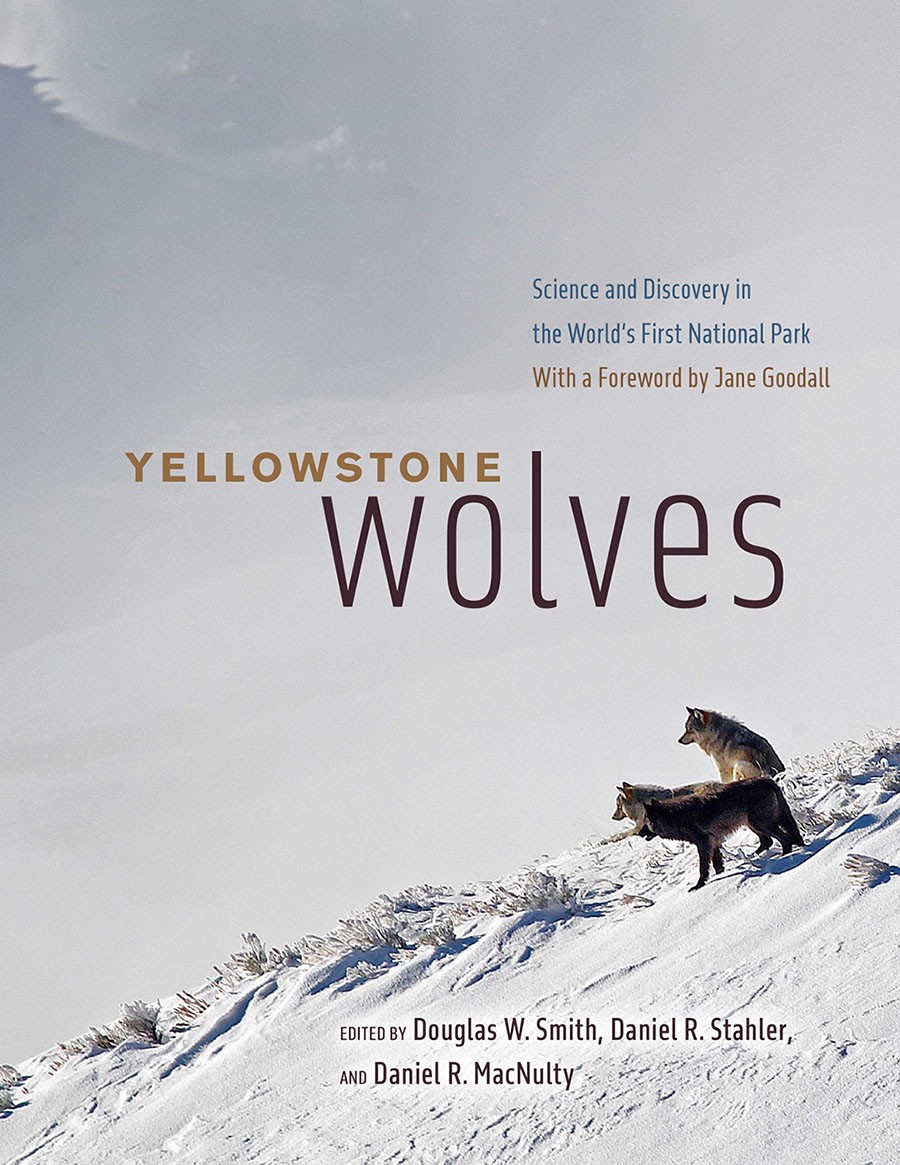