During the past few weeks, Utah State University ecologist Todd Crowl has been inundated with email messages — more than usual. Missives are arriving from scholars throughout the country responding to his call in the June 2008 special issue of Frontiers in Ecology for increased integration of ecological monitoring sites.
“We’re trying to get as many existing networks together as possible,” says Crowl, professor in the College of Natural Resources’ Department of Watershed Sciences. “Most of the messages are coming from younger faculty members and graduate students. They’re already thinking about the big picture, they’re technologically savvy and amazingly connected.”
Crowl and colleague Debra Peters, a scientist with the USDA Agricultural Research Service, coordinated the Ecological Society of America publication’s special issue with funding from the National Science Foundation, USDA-ARS and the Consortium for Regional Ecological Observatories. The issue is free and available online.
Crowl says integrating data from existing and developing networks, such as the NSF-funded Long-Term Ecological Research network and National Ecological Observatory Network — known as NEON — will enable scientists to better predict long-term ecological change.
Utah State is well represented in NEON. Trustee Professor James “Jim” MacMahon, director of the USU Ecology Center, serves as chair of NEON’s board of directors and chairs the project’s science committee.
“The increased connectivity of the global human population has amplified the frequency and effect of biological invasions and disease outbreaks,” Crowl says. “Understanding these movements and interactions is critical to understanding and predicting ecological change.”
Invasive species are the second leading cause — after human population growth — of species extinction and endangerment, he says. Such invasions cost American taxpayers some $120 billion per year.
“Cheatgrass, which is fueling western wildfires; zebra mussels wreaking havoc in our river systems; hantavirus, spread by rodents and a serious threat to human health, are examples,” Crowl says. “Avian flu, SARS and other diseases are additional threats.”
The volume and frequency of human travel and the movement of goods around the world is occurring at a dizzying rate, he says. “We aren’t even close to understanding the consequences of global connectivity and we don’t know how climate change will further impact its effects.”
Integration of information sources, he says, may give scientists an edge in heading major invasions and epidemics off at the pass – or at least buy time in dealing with them.
Crowl travels to Washington, D.C. this month to begin a two-year appointment as program director of ecosystems for the NSF’s Biology Directorate. During his assignment, he’ll evaluate proposals and make funding decisions.
“I’ll be on the other side for a change,” says Crowl, who has served as a principle investigator for the NSF-funded Luquillo Experimental Forest Long-Term Ecological Research site in eastern Puerto Rico since 1988.
During his East Coast stint, Crowl will continue his work with NEON’s STREON stream observational network working group, along with his supervision of USU graduate students.
Related links:
Contact: Todd Crowl, facrowl@gmail.com
Writer: Mary-Ann Muffoletto (435) 797-3517, maryann.muffoletto@usu.edu 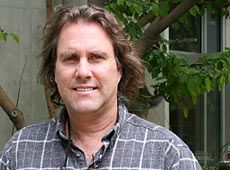