Lack of confidence may be the biggest reason some female engineering majors give up on the major, according to a recent sociological study.

Alumna Wendy Merkley said she graduated as an engineering major despite a heavy load of homework and tests. The tests could be so difficult, she said, that sometimes 60 percent would be considered an A or a B, after the curve. Bad scores were still sometimes discouraging, she said.

"It bothered me, but it didn't bother me enough to find another major," Merkley said.

The study, which was published in the American Sociological Review, considered three factors: professional confidence, family considerations and confidence in math and science skills.

Professional confidence — defined as how comfortable a student is when faced with the idea of being called an engineer and doing what an engineer does — according to the study, could be the most influential factor in whether a female student quits or continues in the major.

"If you make an A on the exam, you have validated you get to belong," Hailey said. "But if you get a C or a D, you're asking yourself, ‘Do I belong?'"

Hailey said she teaches a class called women in engineering, which is meant to help female freshmen in the engineering field mitigate concerns about becoming an engineer.

The class is modeled after similar programs in other universities and seems to be having a positive effect at USU, she said.

When asked what helped her succeed in engineering, Merkley said help from her fellow students made the biggest difference. She said though the college has a tutoring program available for students, study groups helped her more.

Scott Hinton, dean of the College of Engineering, said in the past engineering professors have been reluctant to let students work in groups. As the college shifts its focus to team projects and group study, female students can more easily feel like they belong, he said.

"They find out that, typically," Hinton said, "whatever feelings they have, everybody else in the group has the same feelings. They get a chance to build on each other."

The Society of Women Engineers also helps students work together and gives them a support network for when things get tough, he said.

"If you have a bad day, you've got other people you can talk with," he said.

Merkley said the USU chapter of the SWE did a lot to help her feel at home in the major. The club invites men to attend its functions as well, and it can be important for female engineers to see that their male colleagues respect and support them, she said.

In addition to increasing a student's opportunities for social learning, Hinton said the college looks to hire more women as instructors, partly to make sure female students have good role models.

Hinton said making sure women are included in engineering professions is important for a variety of reasons. When persuading students to pursue engineering careers, overlooking any large groups would not be wise, he said.

"There's just not enough engineers across the country," he said. "If you leave out women, that's roughly 50 percent of the population."

"Different backgrounds provide different perspectives," he said. "When you're trying to develop a new product, it's great to have different viewpoints."

Hailey said engineering students who are under-informed about their planned profession may have a hard time building confidence in themselves as professionals. When people don't have an accurate idea of what an engineer does to begin with, stereotypes about women in engineering get even worse, she said.

Hinton said he feels stereotypes about women in engineering are largely absent in the college. Though such stereotypes in the field may have been present in the past, the quality of female students in recent years has helped dispel them.

"We've just had a lot of our really good students in the last five years or so that have been exceptionally, exceptionally bright women," Hinton said. 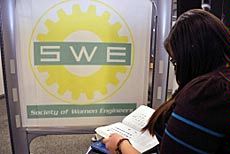 Accidental opportunities seem to be a theme in Keith Christensen's career, as he recounted decisions leading up to his being promoted to professor in 2020, although the usual events celebrating faculty promotions were canceled due to COVID-19. 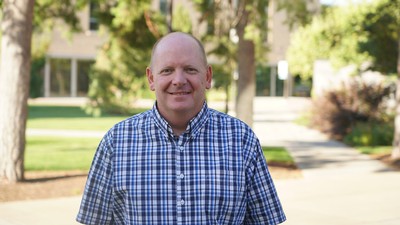 Tyson Sorensen, an assistant professor of agricultural education, was one of just three educators in the country recently recognized with an early-career teaching award from United States Department of Agriculture.