A Utah State University researcher says a piece of the autism spectrum disorder puzzle deserves more clinical study: The practice of suppressing fever in very young children. This is commonly done by giving the child acetaminophen, a medication available over the counter to adults.
In 2003, Dr. Anthony Torres published a peer-reviewed hypothesis paper in BMC Pediatics, suggesting that fever-reducing drugs, when administered to infants and young children, may increase the risk of developing ASD for those who are already genetically susceptible. He suggested that further laboratory study should be undertaken to understand whether administering fever reducers to pregnant mothers or very young children was associated with autism.
In recent months other researchers from around the country have taken a closer look at fever suppression, its effect on the immune system and a possible link between ASD and children who received acetaminophen — a common fever-reducing medication — at a very young age.
In a 2008 study published in the journal Autism, researchers concluded that children who received acetaminophen after they were administered the combination vaccine for measles, mumps and rubella were significantly more likely to develop ASD than children who were given ibuprofen. (Ibuprofen is another common fever reducer. An abstract of the study is available on the PubMed Web site.) These conclusions were reached after interviewing parents, and have yet to be confirmed in a laboratory.
The researchers argued that the rise in ASD diagnoses corresponds with the rise in acetaminophen use, after children’s aspirin was thought to be associated with Reyes Syndrome.
A different study, published in October 2009 in The Lancet journal, found that the whole-cell pertussis vaccine provoked less of an immune response in children who received acetaminophen after they had the vaccine. (The article uses the name for acetaminophen common in the UK, paracetamol.) The study’s findings are significant because other, previous studies have associated autism with immune deficiencies.
These studies are encouraging to. Dr. Torres, who directs the Biomedical Lab at USU’s Center for Persons with Disabilities. Dr. Torres received his medical degree from the University of Utah and was a research associate at the National Institutes of Health. He completed a residency at Yale University and was an assistant professor at Yale before returning to Utah.  He has written and co-written several peer-reviewed articles on his ASD research.
What he hopes for now is laboratory study to test out his 2003 hypothesis on ASD and the use of fever reducing drugs such as acetaminophen.
The issue adds yet another wrinkle to an already complex question: What causes ASD, and why have the number of diagnoses increased sharply since 1980?
“The genetic studies [of ASD] are not anywhere near as simple as people thought they would be,” said Dr. Torres.
The consensus is that ASD’s causes have both genetic and environmental components. Several genes have been associated with autism, but those associations are weak, and not everyone who has been diagnosed with ASD has the genes that have been identified.
Other medical conditions have genetic associations that are similarly complex, said Dr. David Ward, a Utah Science Technology and Research (USTAR) initiative professor at USU’s Center for Advanced Nutrition. Drs. Ward and Torres have worked together on several projects since 1981, when they met at Yale University. At the time, Dr. Ward was a Professor of Human Genetics.
Ward said conditions like stroke and diabetes also have genetic components that are hard to define and are scattered over different chromosomes. They are associated with a much higher risk in some individuals than others.
ASD seems to provoke more controversy, however, perhaps because it affects very young children.
A long-held belief associates autism with the MMR vaccine. Follow-up studies have refuted that theory. The Lancet, which published a paper linking autism and MMR in 1998, retracted the study in February. Still, the belief that the MMR vaccine and ASD are linked remains strong among some parent advocates of children with ASD.
Torres — and now others — argue that the association may not be with the vaccine, but with the practice of administering fever-suppressing medication at the time the vaccine is given. A reviewer for Alternative Medicine Review even asks: Did acetaminophen provoke the autism epidemic?
An abstract of that peer-reviewed article is available on PubMed.
Related links:
USU Center for Persons with Disabilities
USU Emma Eccles Jones College of Education and Human Services
Writer: JoLynne Lyon, 435-797-1977, jolynne.lyon@usu.edu
Contact: Dr. Anthony R. Torres, 435-797-8874 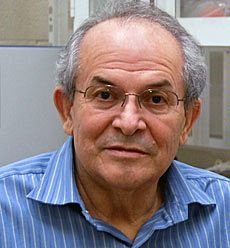