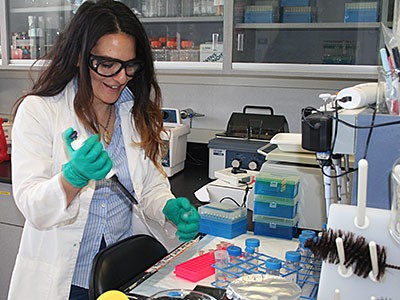 In the animal kingdom, survival essentially boils down to eat or be eaten. How organisms accomplish the former and avoid the latter reveals an immense array of defense mechanisms. Maybe you can outrun your prey. Perhaps you sport an undetectable disguise. Or maybe you develop a death-defying resistance to your prey’s heart-stopping defensive chemicals.

A case in point are snakes that have evolved resistance to lethal toxins stored in the skin of toads, a favorite meal of the slithery reptiles. Scientists are aware of a number of toad-eating snakes equipped with this mutation and surmised the defense was limited to species that actually consumed toads. Not so, says Utah State University scientist Shabnam Mohammadi, who led a global-scale survey of 100 snake species seeking the presence or absence of the mutation.

With USU colleagues Zachariah Gompert, Jonathan Gonzalez and Alan Savitzky, along with Hirohiko Takeuchi and Akira Mori of Japan’s Kyoto University, Mohammadi published findings in the Nov. 16, 2016, issue of the Proceedings of the Royal Society B revealing snakes throughout the globe, some of which never eat toads, possess the life-saving mutation. Her paper is the cover feature for the publication, which is the United Kingdom National Academy of Science’s flagship biological research journal.

“Our research findings were quite a surprise,” says Mohammadi, doctoral candidate in USU’s Department of Biology and the USU Ecology Center, and recipient of multiple research fellowships. “We found the mutations occur in a much wider range of species than previously believed.”

The toads in question store high concentrations of bufadienolides, a class of cardiotonic steroids, in their cutaneous glands that, in most cases, would stop an unlucky predator’s heart in its tracks. Snakes that feed on the toads, however, have developed complex molecular and physiological changes that effectively counteract the toxins and allow the snakes to feast on their quarry unharmed.

The phenomenon is a classic example of the so-called co-evolutionary arms race, in which predator and prey try to stay a step ahead of each other in their fight for survival.

“One might assume predators not facing the risk of toxic sustenance would cease to retain resistance, but that’s not what our research reveals,” says Mohammadi, who recently returned from three-month visiting research fellowship at Germany’s University of Hamburg. “Our findings suggest the origins of these mutations are highly ancestral and their retention doesn’t pose any negative consequence for the snakes.” 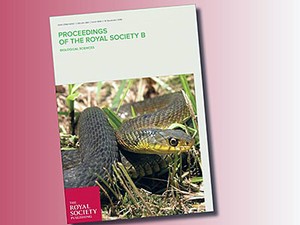 An article authored by USU ecologist Shab Mohammadi is the cover feature of the Nov. 16, 2016, issue of the 'Proceedings of the Royal Society B.' The jacket features a photo by USU Biology Department Head Al Savitzky, Mohammadi’s faculty mentor. 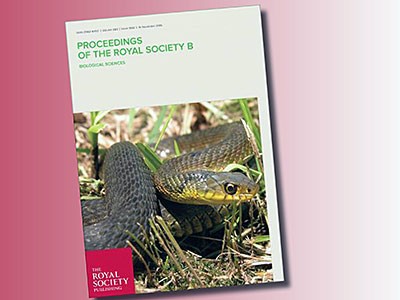