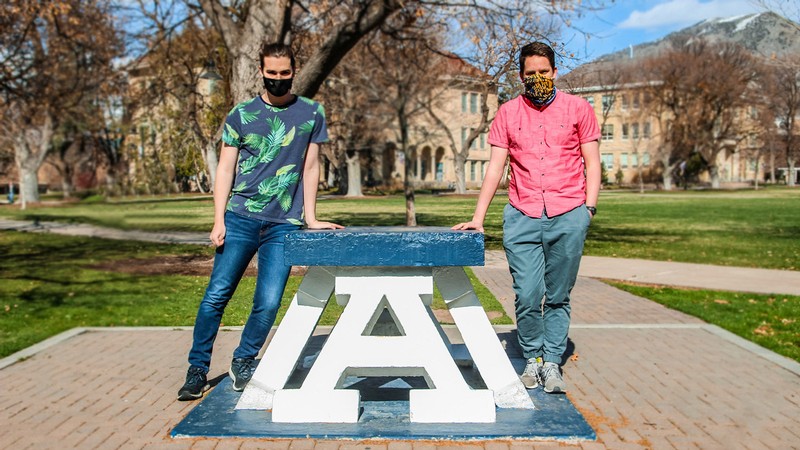 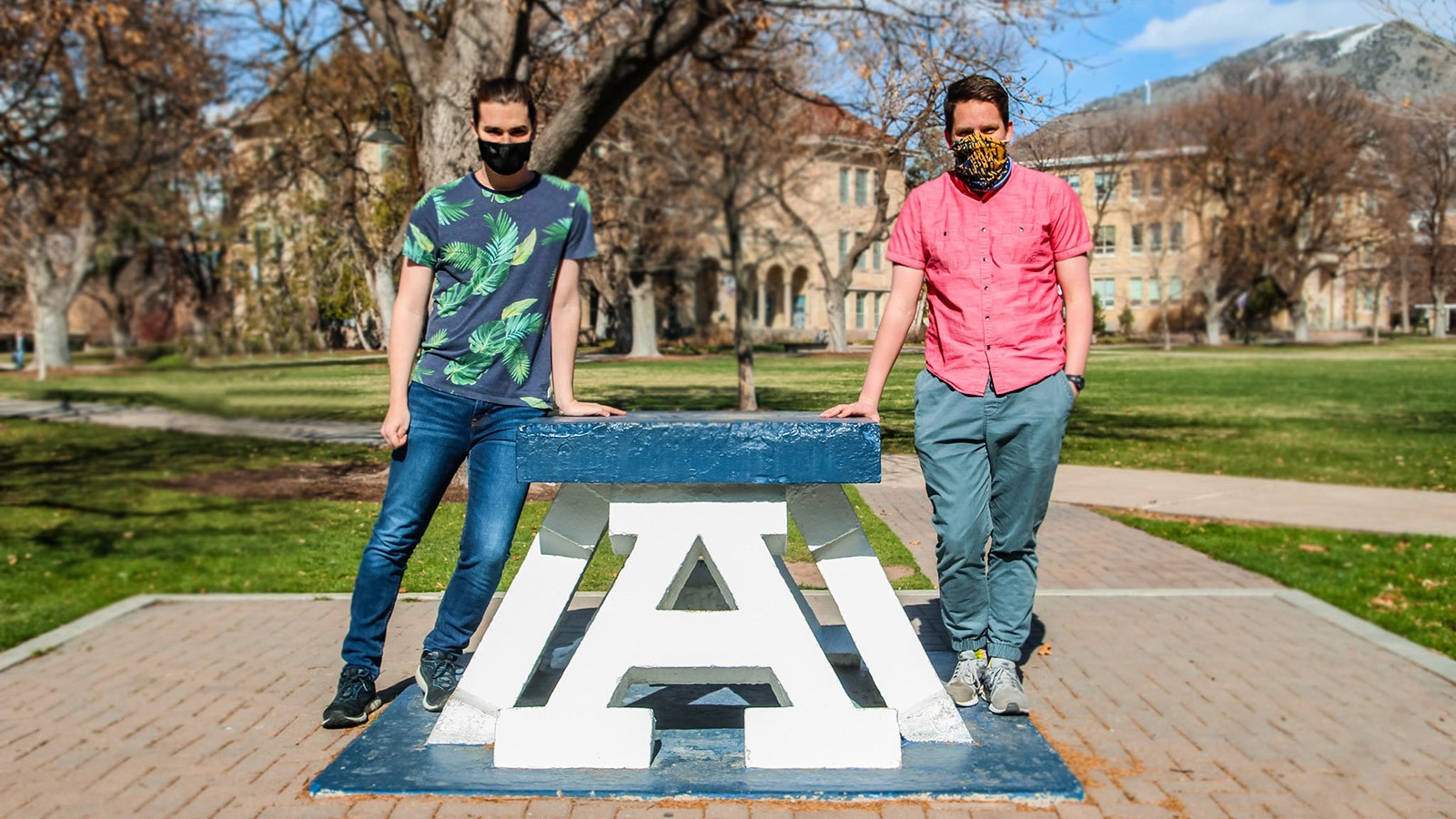 The awards were announced March 26 by the Barry M. Goldwater Scholarship and Excellence in Education Foundation, which administers the program. The Aggies are among 405 awardees selected this year, from more than 1,250 nominees representing 438 institutions.

"Goldwater Scholars are selected from among the nation’s top STEM undergraduate scholars,” says USU President Noelle Cockett. “We're especially proud of these students, who received this honor during a challenging year. This well-deserved recognition is a testament to the exceptional achievements of our students in academics, research and service, as well as the outstanding mentorship by our faculty.”

Each year, USU may submit up to four nominations for the award; a process, coordinated by the USU Honors Program, that begins in November. Nominated this year, in addition to Ancell and Santana, were USU Honors students Jonathan Mousley and Melissa Rasmussen.

Award recipients receive one or two-year scholarships of up to $7,500 per year toward annual tuition and expenses.

“All of the students who participated in the Goldwater application process this year are outstanding undergraduate researchers, and our four nominees have demonstrated exceptional scientific research potential,” says Professor Kristine Miller, Honors Program director. “USU’s consistent success in the Goldwater competition results from a strong culture of undergraduate research and faculty mentoring and the individual commitment of Physics Professor David Peak, who guides students through the application process. We are proud of all these students, especially our 2021 Goldwater Scholars.”

During the Beehive State’s winters, one can easily scan the mountain vistas for snow, but predicting soil moisture, at any given point, is much more of a challenge.

“Many ecological and spatial processes, like the amount of soil moisture, are complex in nature and are not accurately modeled by linear models,” says Ancell, a native of South Jordan, Utah, who graduated from Herriman High School in 2018. “Regression trees, which are predictive modeling approaches, promise to handle the high-order interactions present in ecological and spatial datasets, but fail to produce physically realistic characterizations of the underlying landscape.”

So Ancell set out on an ambitious journey to rewrite the code for a previously existing machine-learning method to develop a better model to measure, in this case, soil moisture across Utah. With guidance from faculty mentor Brennan Bean, assistant professor in USU’s Department of Mathematics and Statistics, Ancell secured a USU Undergraduate Research and Creative Opportunities (URCO) grant, as well as a 2020 Peak Summer Research Fellowship, to support his project. He created a novel model he called “autocart” (autocorrelation regression trees) that leverages coordinate information in datasets for more accurate and physically realistic predictions of various climate variables in complicated geographic spaces.

The oldest of seven children, Ancell says his high school performance was “mediocre,” but a good score on the ACT enabled him to enter USU on a Dean’s Scholarship.

“During my second semester, something fundamentally changed within me,” he says. “I was able to develop a strong motivation to excel in my classes. I asked how I could get involved in research and fell in love with statistics research.”

The COVID-19 pandemic curtailed Ancell’s plans to pursue National Science Foundation-funded undergraduate programs beyond USU, but the scholar says he was fortunate to find resources at Utah State that enabled him to pursue research in a virtual capacity.

“In addition to Dr. Bean, I’m grateful to faculty mentors Adele Cutler and Kevin Moon, who have been great to work with,” he says.

“My goal is to research machine learning and data mining in an industry setting, where I will have sufficient resources and computational power to perform cutting-edge research,” he says.

The COVID-19 pandemic has brought tragedy to Santana’s family. The West Valley City, Utah native lost an uncle to the virus. His father spent nearly a week in the hospital battling the illness.

“I am at a stage in my life, when most of my time is devoted to school and research as I work toward my goals,” says Santana, a 2016 graduate of Granger High School, who entered USU on a Presidential Scholarship. “When I heard my dad was admitted to the hospital, I put schoolwork and research on pause. It was a blessing, though, because it really put into perspective why I am working so hard to become a research professor.”

Santana says his father, an immigrant from Mexico, who dropped out of school after the eighth grade to help support his family, has worked tirelessly to give his children the opportunity to go to college.

“While tackling an AP calculus project in high school, I realized how smart my dad is,” he says. “I was asked to build a 3-D model of using integration to find the area of a rotation and enlisted his help. My dad took me to the machine shop where he worked, showed me how to program my project in Auto-CAM, how to run a mill and explained how, before CAM, he used trig tables and geometric identities, self-taught from books, to aid his machining. It was amazing to me how much he’d learned on the job with so little education.”

At USU, Santana has studied graph and network theory with faculty mentors David Brown and Leroy Beasley. His efforts have resulted in presentations at professional meetings and several publications.

Beyond Utah State, Santana participated in a NSF Research Experience for Undergraduates during a summer at Michigan State University and travels this coming summer for another experience at Emory University.

In addition to research, Santana is active with volunteer service activities, including the university’s Campus Kitchen, which distributes leftover campus dining facility food to students in need.

Following graduation from USU, Santana plans to pursue a doctoral degree in computational and applied mathematics, in preparation for a university teaching and research career. He extends appreciation to his faculty mentors in the Department of Mathematics and Statistics: David Brown, Leroy Beasley and Luis Gordillo. 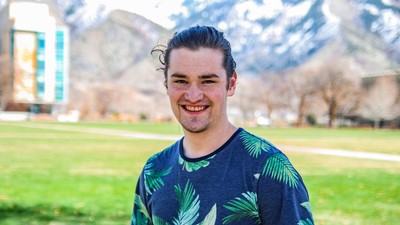 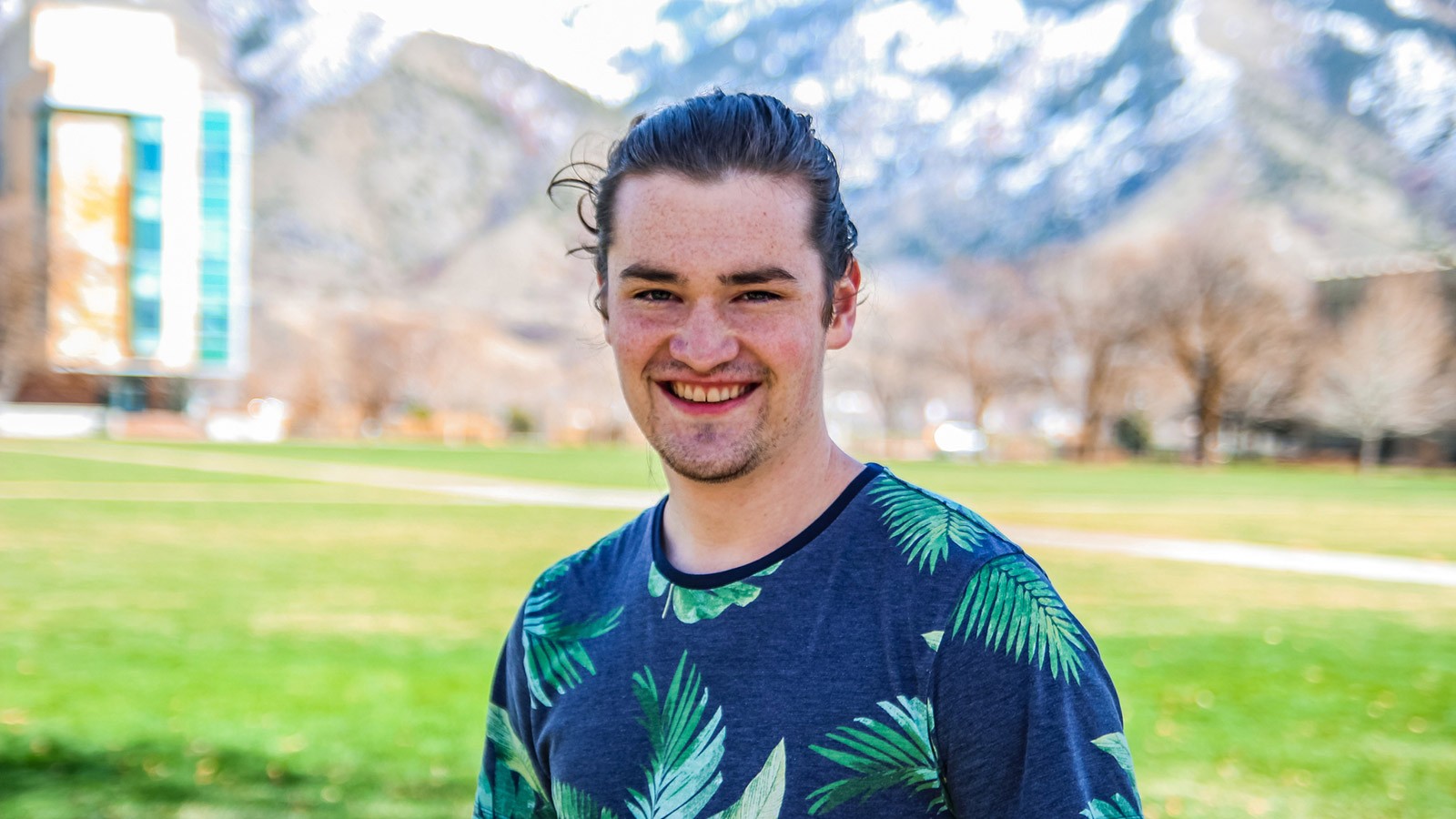 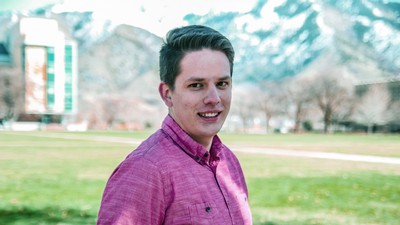 USU undergraduate Manuel Santana, a Computational Mathematics major with a minor in Computer Science, is a 2021 Goldwater Scholar. Nichole Bresee. 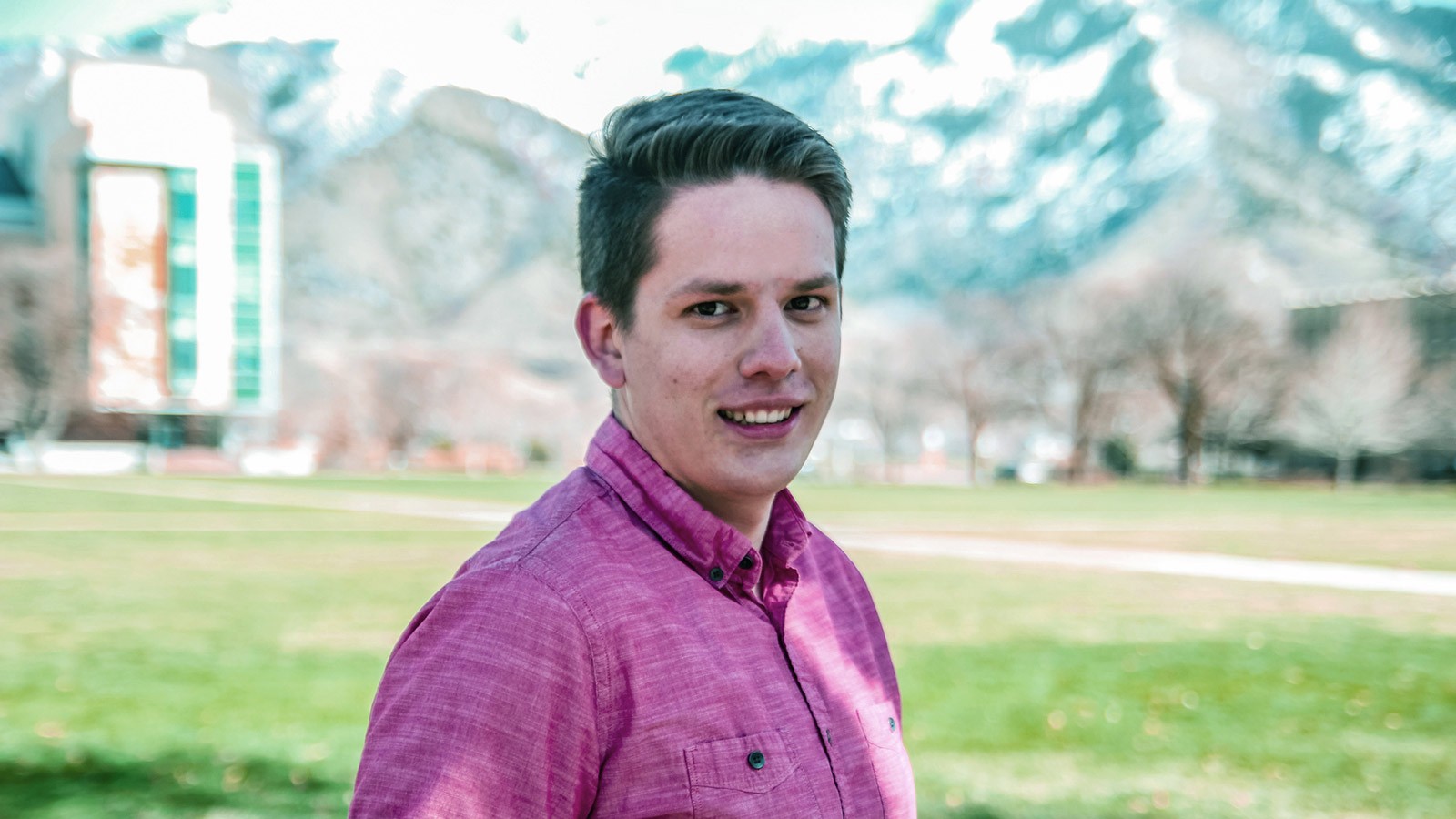