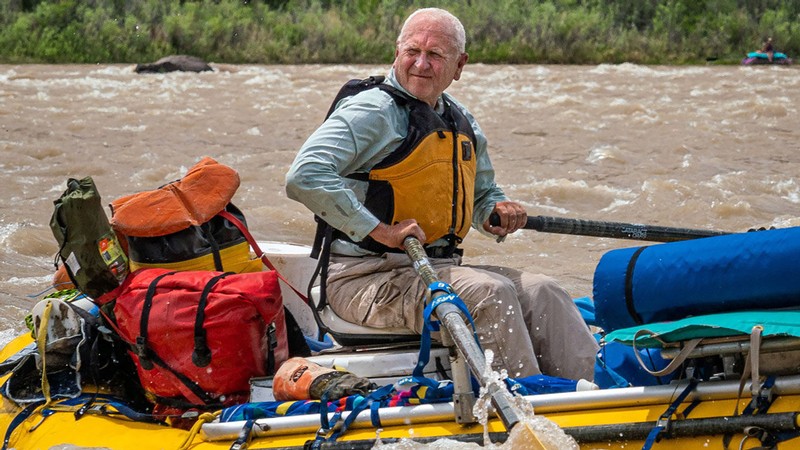 A new article appearing in Science Magazine features Jack Schmidt, director of the Center for Colorado River Studies, who 'thinks big and speaks candidly,' and may just be what the doctor ordered for the struggling Colorado River. Photo Courtesy: Wayne Wurtsbaugh. 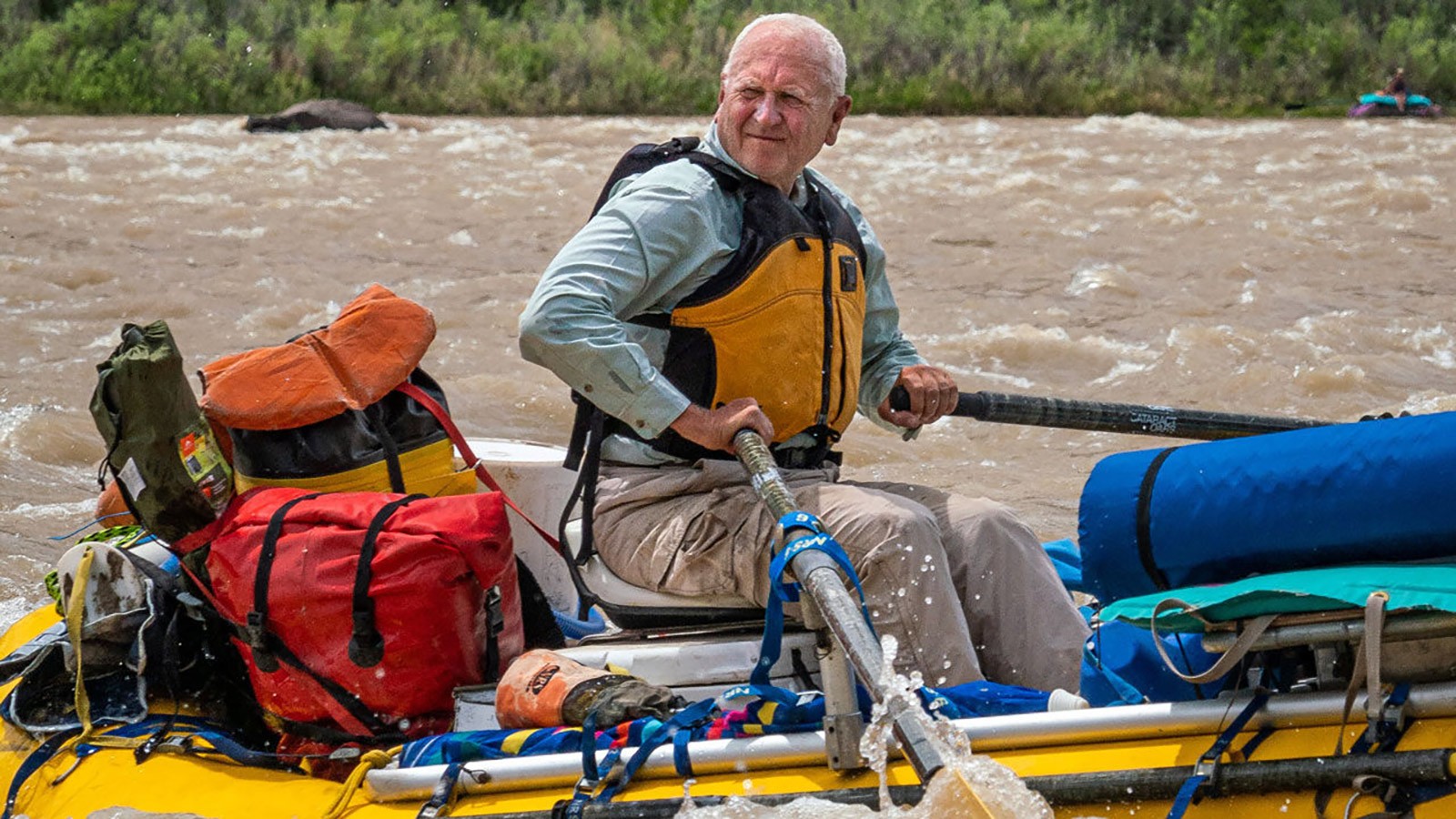 Jack Schmidt ‘thinks big and speaks candidly,’ and his brassy approach may be just what the doctor ordered for the struggling Colorado River, according to a new article appearing in Science Magazine. The piece features the big personality and high-impact career of the river scientist from the Center for Colorado River Studies in Utah State University’s S.J. & Jessie E. Quinney College of Natural Resources, and details what Schmidt sees as the next hurdles for the health of the Colorado River. And the perspective couldn’t be more timely. A warming climate is reducing the flow in the Colorado River, while at the same time, policymakers are embarking on a five-year process of renegotiating key agreements over use and management of the river’s water. Schmidt is making what could be his most important push of his career to shape the fate of a river that has long captured his professional and personal attention.

“[Schmidt] and his colleagues are working to inject a dose of scientific reality into public debate over water resources that, the team says, is too often clouded by wishful or outdated thinking,” according to the article. “The biggest delusion: that there will be enough water in a drier future to satisfy all the demands from cities, farmers, power producers and others, while still protecting sensitive ecosystems and endangered species. The hard truth, according to long-term scenarios produced by Schmidt and his colleagues, is that some users will have to consume less water, and that policymakers will face agonizing choices sure to produce winners and losers.”

Schmidt leads the Future of the Colorado River Project, a team of water experts that recently released a white paper evaluating how rising temperatures and declining runoff jeopardize the regional water supply, and how demand might change in coming decades. The paper received significant media and leadership attention and shifted the conversation about how the river might be managed in the future.

“[Schmidt] has played a major role in revealing how the Colorado River functions, and how forces — natural and human — are reshaping and often damaging it,” the author writes. “Despite his bluntness, Schmidt is a go-to expert for stakeholders and policymakers. He has taken them on river trips to explain key research findings, drawing graphs in the sand. And with other researchers, Schmidt has catalyzed far-reaching changes in how government agencies manage the Colorado River system, a critical source of water shared by seven states and Mexico.”

For a next move, Schmidt and his team are tackling the implications of evolving reservoir operations on hydropower production, and the probable fate of native fish communities.

“Today’s challenge is to determine the magnitude of consumptive uses of the river that are sustainable in a warming climate while also identifying ways to enhance the river’s ecosystems,” said Schmidt. “Insightful and sound science will play an essential role in informing the immensely difficult policy debate about how to allocate a declining water supply.” 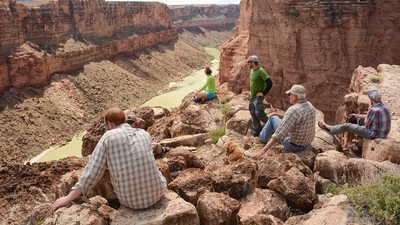 Jack Schmidt uses his big personality and high-impact career to evaluate the health of the Colorado River, including a recent paper at how rising temperatures and declining runoff jeopardize the regional water supply. Photo courtesy: Jack Schmidt. 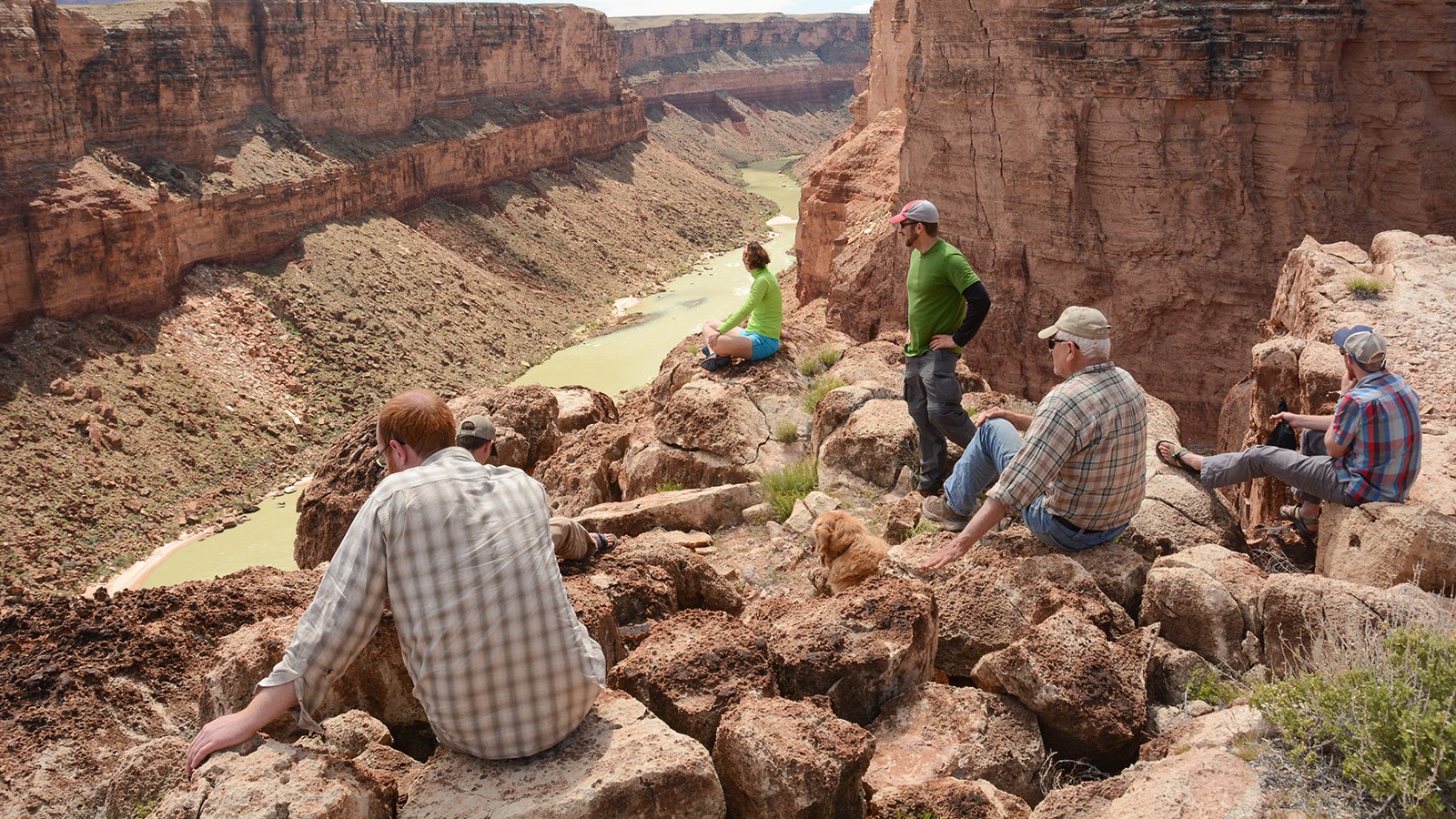