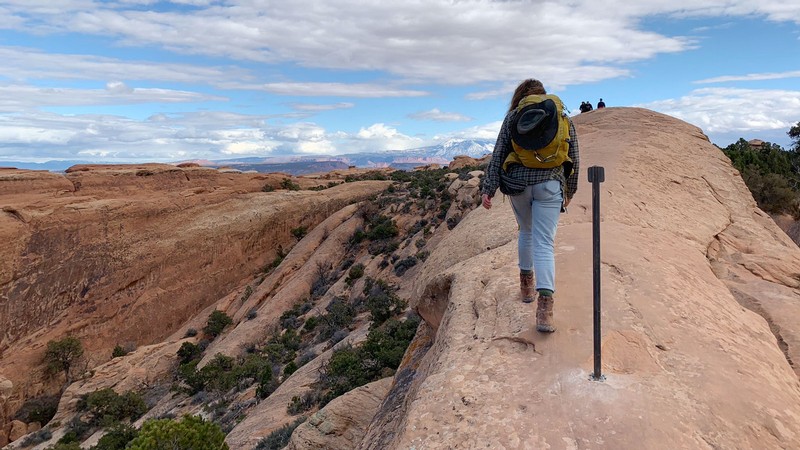 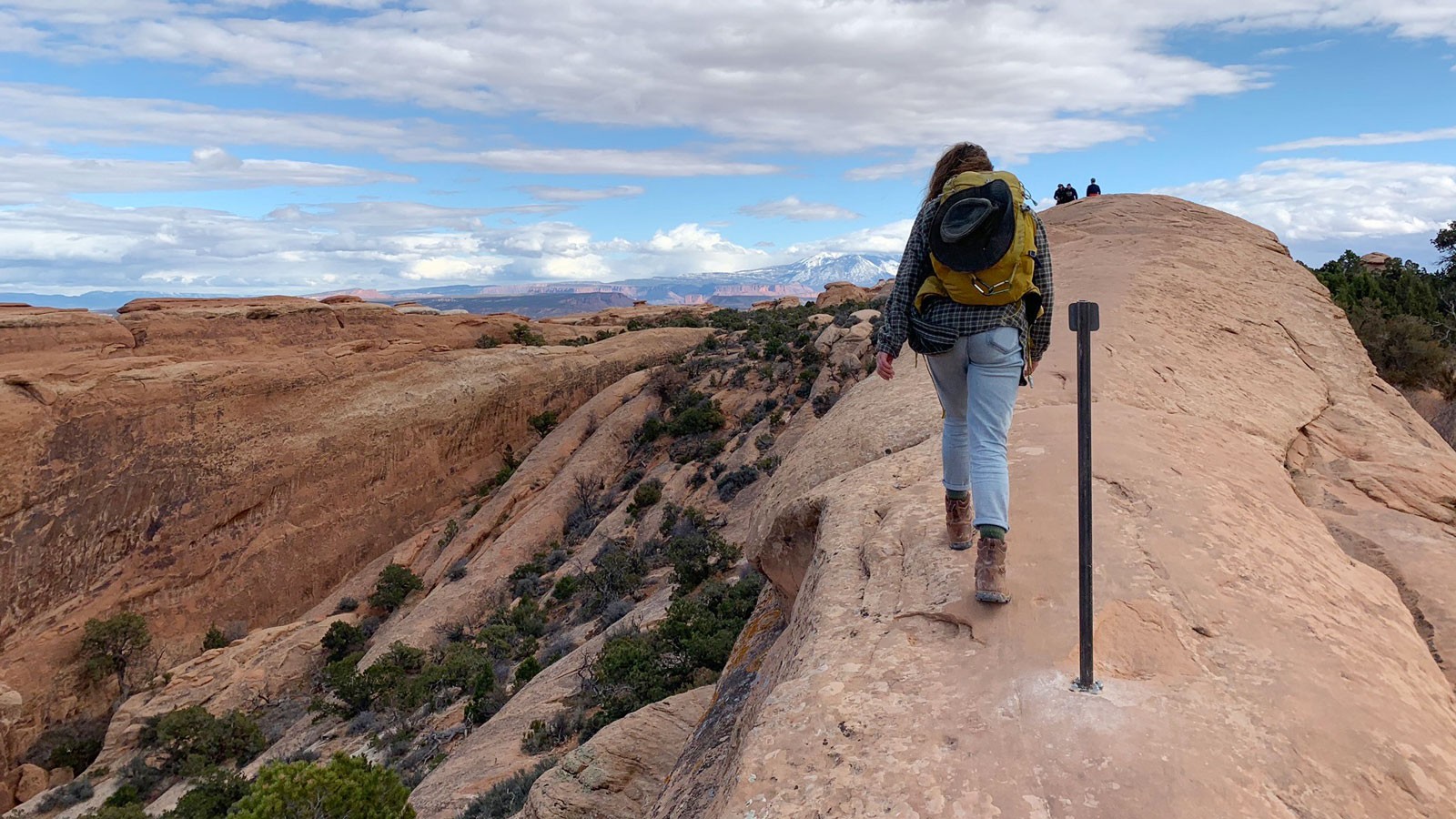 CEDAR CITY, Utah — Spending three months to a year living and working on Utah’s public lands is hard work. But over 2,500 young people have ventured from across the U.S. to Utah in the past 20 years just to do this. Many of these alums now lead conservation and environmental work around the nation. This is the story of a current corps leader who leveraged the opportunity to overcome severe mental health challenges.

Alli Riebel is a field logistics technician for the Utah Conservation Corps. She works out of UCC’s Cedar City field office. Her character isn’t represented in Marvel’s world of superheroes, either on the page or the big screen. She’s modest, but not shy about telling her story. And for young people who may be struggling with mental health issues — or even just finishing high school — she is a superhero in the making.

Alli spent her high school years in her home state of Minnesota extremely sick. Her mental health had deteriorated to the point where the mental issues were causing physical illness. For individuals experiencing this combination, life can become a downward spiral where it is hard to find hope. Life can become a nightmare. Alli knows this place. She was not even able to earn her high school diploma.

But this is a tale of both hope and success. Alli found an opportunity that changed her life.

Planted as a seed somewhere along Alli’s life-path was a fascination with the outdoors. It was a wild place. A challenging place. The kind of place where only the brave and competent venture. During senior year, Alli discovered Utah’s beautiful landscapes — through photos, stories and internet searches. This curiosity, along with stories of a friend’s experience serving with a conservation corps, had Alli wondering if she was capable of the same adventure and challenge.

Alli spent some time searching the internet for outdoor jobs to try and get a feel for what that life might be like. Her searches kept leading her back to opportunities within various conservation corps. There were some critical elements of this type of work that felt both like an immense challenge, but also like a fit.

To join a conservation corps, you must commit to leaving your home and family for at least a month (at UCC the minimum commitment is 3 months). Additionally, you must commit to living in a tent for the duration of your service (with some breaks and exceptions.) You get some outdoor skills training and then you are placed on a crew with a handful of others — mostly just as inexperienced as you are — and you head out on your first “hitch.”

On hitch, you live and work with the same group of diverse individuals for up to 14 days at a time before coming back to “civilization” and getting a break for a few days. Then you pack up and do it all over again. For one month or three months. For six months. For nine months or a year. You decide on how long you want to commit.

Taking on such adventure is a challenge for young people — or people of any age.

For Alli, she decided to first try a conservation crew in her home state, with a shorter-term program through the Minnesota Youth Corps. One month is short for a conservation crew experience. It can be an eternity for someone who hasn’t been able to leave home for most of the preceding four years.

If you ask Alli about it, she will tell you very honestly, “My first week was all panic attacks.” Being suddenly immersed in an environment that had nearly every challenge imaginable exposed Alli to triggers and anxiety in ways that she’d never experienced before. At first, she focused on survival. But over time, the whole experience led her away from merely enduring and toward something that seemed much more like thriving.

After Alli’s month of challenge, exposure and immersion in the unknown, she returned home. The walls around her quickly became a prison again. Her unhealthy habits and feelings returned. But she had learned that she could navigate the outside world. She enrolled in trade school to become an auto technician. Near the completion of the program the trainees each underwent some interview simulations. The person who interviewed Alli did a little digging into her experience and passions. At the end of the interview she was told, “It seems like you would be a much better fit to follow your passion in conservation.” This gave Alli something to think about. What did she want for a career?

She started looking at opportunities to broaden her conservation crew experience. Wisconsin’s WisCorps seemed like a good fit, so she signed up for a fall term. Three months was a much greater challenge, and Wisconsin was a little farther away from home. But she knew she could do it. As her confidence grew, she learned to plant trees, remove invasive species, and maintain parks and trails. The constant challenges helped Alli to discover new motivations, and along the way, a new Alli began to emerge.

She realized that the conservation corps world provided some stepping stones to support people along a pathway of growth in conservation, leadership and life in general. The following year she took on a position as an assistant crew leader with the Wisconsin corps. Changes and challenges that once led to panic attacks became opportunities for Alli to find new ways of coping. In her own words, the world of conservation crew work kept her “perfectly uncomfortable.”

“I realized that I was free to travel the country, meet new people, and face whatever challenges that nature and human nature might throw my way,” she says.

As an assistant crew leader, Alli expanded her technical skills to include carpentry and even chainsaw work. But now there were other “newbie” crew members who depended on her, not only to help them learn conservation skills, but also to take care of things like crew management, budgeting, meal planning, and even safety training. Along the way, the increased responsibility of taking care of others helped Alli learn to better care for herself.

She decided to continue along her conservation corps journey and searched the internet for additional opportunities. When Alli found the Utah Conservation Corps, it seemed like a perfect match, aligning with her conservation background and love of Utah’s natural beauty.

Alli signed up for a 10-month stint as a Crew Leader in UCC’s Cedar City Field Office. She spent the entire spring working with other crew leaders as they underwent leadership and additional skills development. In June she was given her own crew to lead: four people with little to no experience living and working in the outdoors for extended periods. These individuals would depend on Alli to lead them toward a successful summer experience.

Along the way, Alli’s responsibilities quickly expanded. She interacted with land managers with the U.S. Forest Service, the Bureau of Land Management, and the National Park Service, among others. She also received increased exposure to “behind the scenes” operations that have allowed UCC to coordinate over 2,500 AmeriCorps crew members across 20 years of field work.

By this point, Alli could see that conservation crew work could forge a solid career path. As much as she enjoyed the outdoors, she began to hunger to learn more about the myriad support and administrative mechanisms that make a statewide program successful.

A few weeks ago, Alli began her latest chapter in conservation—as a field logistics technician with UCC. Working from the Cedar City Field Office, she will manage multiple crews while they are out in the field. She’ll support project management, making sure that work is done correctly and to the satisfaction of federal partners. She’ll make sure all materials and equipment are ready each time a crew heads out on hitch. She’ll ensure that each crew member maintains a focus on what it will take to remain safe and healthy while they live and work outdoors. She’ll help make sure that vehicles are properly maintained, safe and ready for her crews. And she will rotate from crew to crew in the field, offering support to members should any challenges arise.

Alli’s story is not fully told. She plans to continue her career trajectory, with the next logical step being a full-time, permanent position in conservation. Any time a hopeful conservation corps applicant asks her about life in a conservation corps, there is no hesitation when she responds: “Working with conservation corps has helped me to become the absolute best version of myself. I can tell you this will be the hardest thing you ever do. You’ll face challenges that sometimes feel like too much. But what you learn will change your life. You’re going to learn a lot about working — and with all kinds of people. I always say that the world would be a better place if everyone was required to join a conservation corps. If you are thinking about it, just do it.”

From a prolonged period of home confinement, through her first week of panic attacks, to her advancement to her current position, Alli found her best self while doing the hardest work of conservation. And if you run into her on a trail somewhere, you’ll quickly come to know that we are lucky to have her as one of the conservation leaders of tomorrow.

The conservation corps model of allowing young people to serve our country and the planet — while learning the importance of balancing nature with human interaction — is available in all 50 states in the U.S.

You can see the stories of others at www.ucc.edu. You can explore opportunities in other states at https://corpsnetwork.org. 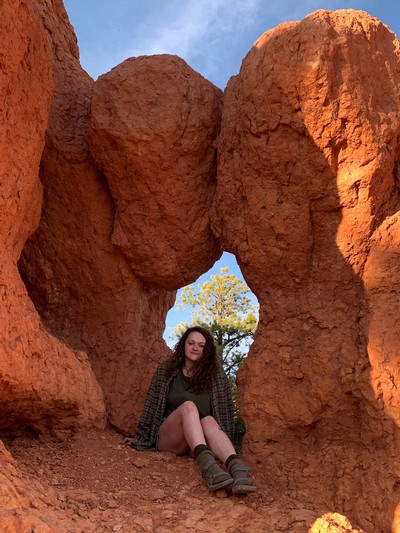 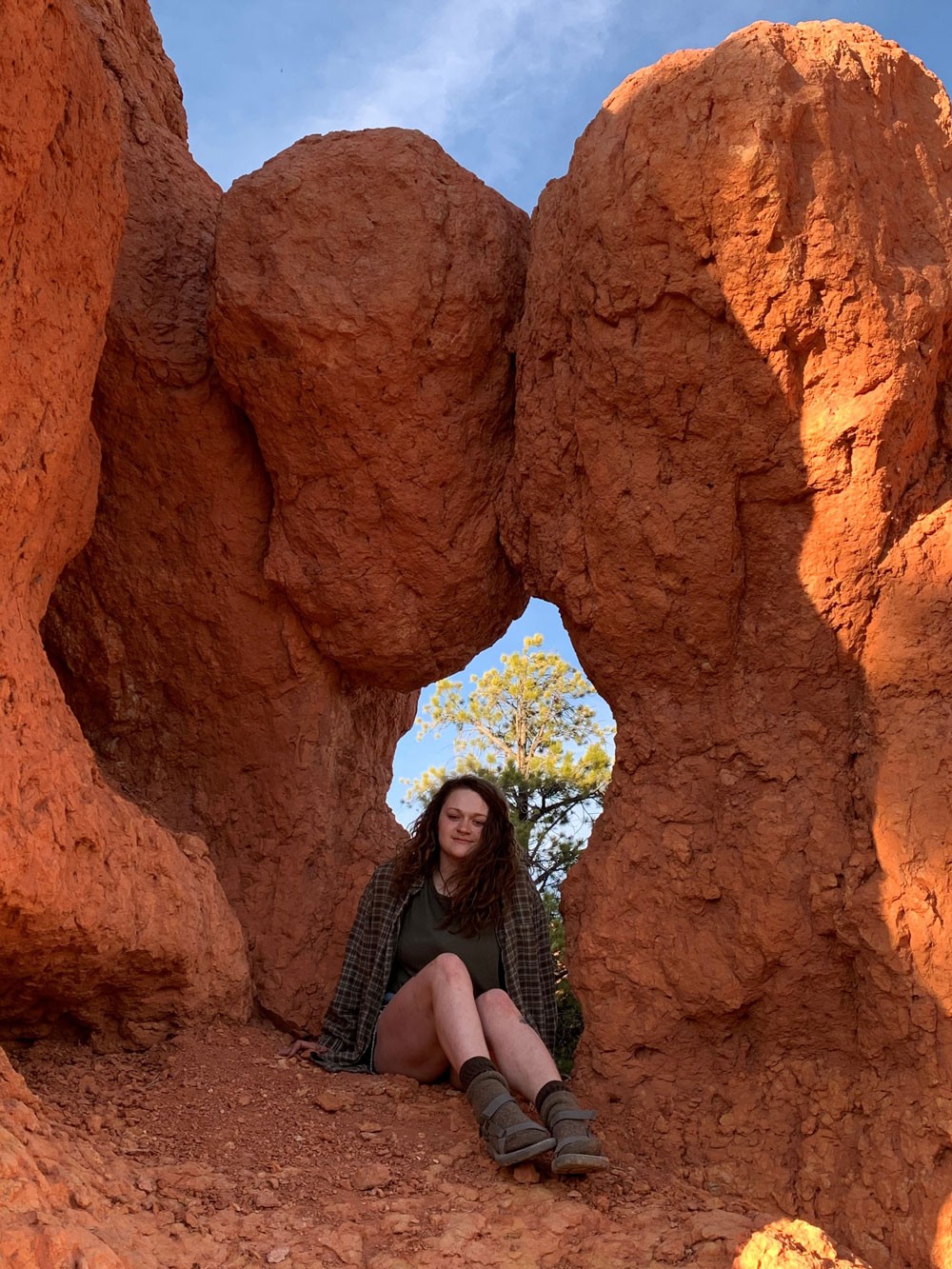