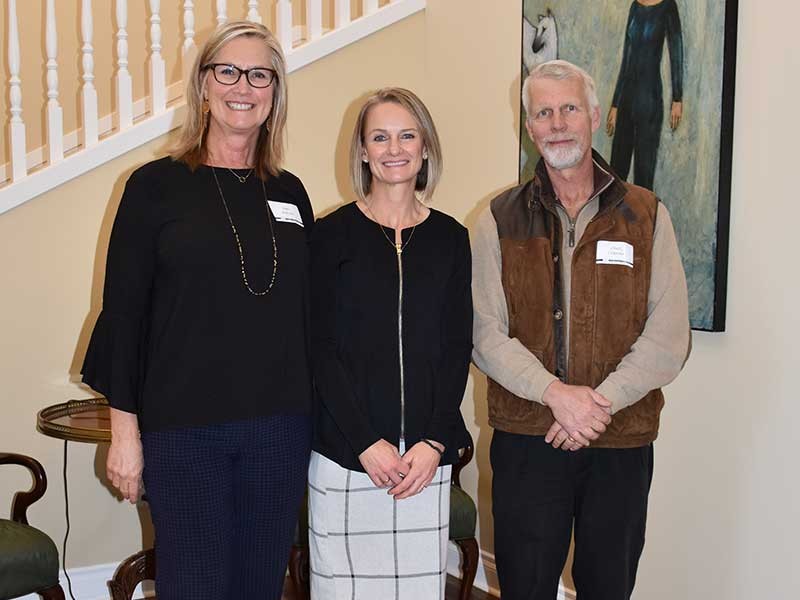 Dietetics Professor Heidi Wengreen starts each semester of the Science and Application of Human Nutrition class by telling students in that large, general education course that she “Bleeds Aggie Blue,” grew up in Logan eating Aggie Ice Cream, and that her first job was being a server with Utah State University Dining Services. Now, that stint as a server is three college degrees, marriage, three children, and many award-winning teaching and research opportunities ago.

Wengreen told guests at the inaugural lecture, celebrating her promotion to full professor, that as each semester begins she thinks about how an introductory nutrition course she now teaches was the course that introduced her to her career path. Although the course is the same, the way it is delivered has changed as she and fellow faculty member Marlene Israelsen Graff worked with USU’s Center for Innovative Design and Instruction to develop new teaching strategies.

USU Associate Provost Janet Anderson, one of Wengreen’s professors who is now a colleague, credited Wengreen with “pioneering blended learning at the university and working to create a model that other faculty are using.”

Wengreen said her approach to teaching has been guided by wanting to find new ways to help students process information as learning styles and resources have changed radically in recent years.

“These students are a generation younger than I am, and these ‘digital natives’ have grown up with the internet and are used to information on demand at the click of a button,” Wengreen said. “They don’t know what it’s like to go to the library to find journals and copy papers.”

Wengreen has worked blended learning that combines traditional classroom lectures with online components into nearly every course she teaches and found that students in the blended sections perform better than those in strictly face-to-face lecture sections and, once they get used to it, they like the blended approach better. She likes the fact that students must be more engaged than just being “spoon fed” information in a lecture because they must do the online work to pass the class.

“I did a quick calculation and figure that over the past years of my career I have probably taught 5,000 or so students, and that is an amazing opportunity to teach people something that I am passionate about,” Wengreen said. “Probably the most proud I am is when a student tells me that I made a difference in their life. It may be something small like, ‘I took your class and now I eat this, or I tried this food.’  But I am really excited when someone tells me, ‘I took your class and I transferred into nutrition.’”

Wengreen noted that at a recent conference she was looking at a research poster and found that the student who was presenting the work was being mentored by one of her former USU graduate students. “That makes me an academic grandmother,” she said.

In the past few years, Wengreen has been recognized as the Department of Nutrition, Dietetics and Food Sciences’ Researcher of the Year, and later the department and College of Agriculture and Applied Sciences’ Graduate Mentor of the Year. In 2015 she was named the Academy of Nutrition and Dietetics’ Outstanding Dietetics Educator.

Wengreen’s early research was in examining relationships between diet and dementia with data from the Cache Study on Memory and Aging, a large study of associations between diet and other lifestyle factors and risks for dementia and Alzheimer’s disease in which more than 90 percent of people ages 65 and older in Cache Valley participated, producing a vast and unique body of data.

Researchers initially began by picking apart data on people’s intake of specific vitamins, antioxidants, and nutrients, then moved on to examining relationships between certain foods and dementia. They concluded that one specific nutrient or food is not as important to mitigating risk as overall dietary patterns, and that a diet closest to the DASH and Mediterranean diets had the best impact on cognitive function.

Some of Wengreen’s more recent research focuses on shaping eating behaviors, especially ways of encouraging children to eat more fruits and vegetables. Part of that effort includes development of the FIT Game, which “gamifies” achieving goals for increasing fruit and vegetable consumption in a cooperative way for a school or class. The game rewards children with in-game currency they can use for supplies they need in an intergalactic race to defeat the VATS (Vegetable Annihilation Team) that is out to get rid of all the vegetables on various fictional planets. Early results at one school found that in just over 2 weeks, children’s fruit consumption increased by 66 percent and vegetable consumption by 44 percent.

In addition to things research has taught her about nutrition, Wengreen said she learned some things about doing research. First, that it is a collaborative effort.

“You really can’t do good research alone,” she said. “You need a good team of people with complementary skills and a common goal. I’ve also learned that research always takes longer than you think it will and will cost more than you thought it would, sort of like building a house.”

Among the best memories of her experiences as a graduate student are when, as a result of co-authoring some published papers, she was invited to present at a conference in Paris. “And not Paris, Idaho,” she said. “I got to visit places I had never been and talk to a lot of cool people who were doing exciting and interesting things that I was interested in too.”

At another conference Wengreen experienced an exciting and memorable realization. “The moderator of the session where I was presenting was the author of the text book for a class I was taking. It really freaked me out at first, but I told myself that he was ‘just a guy,’ and he knew a lot, but I knew a lot too. That helped me realize that I was becoming an expert too and that was very powerful to me.” 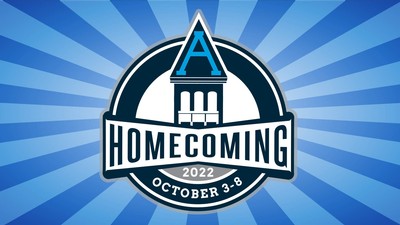