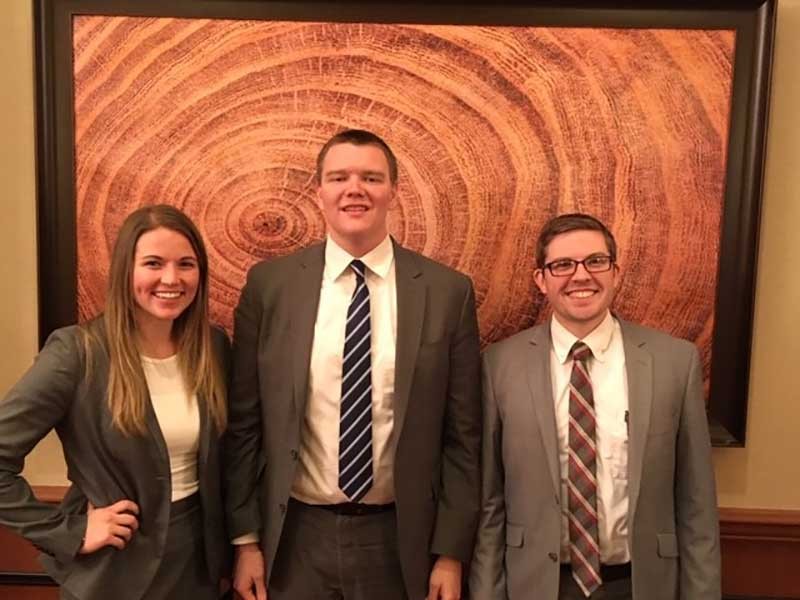 For the second straight year, a trio of students from the Jon M. Huntsman School of Business at Utah State University won the state-level competition for the CFA Institute Research Challenge in Salt Lake City.

The team of Tyson Clark, Kemerey Thompson and James Huber took first place at the annual event on Wednesday, Feb. 20, at the Marriott City Center in Salt Lake City.

Their victory comes a year after the trio of Scott Saunders, Brett Dommer and Bretton Ashcroft became the first Aggie team to ever win the competition.

Overseen by the Chartered Financial Analyst (CFA) Institute, the Research Challenge is a global competition involving more than 5,000 participants from more 1,000 universities each year. Working in teams, students gain real-world experience as they assume of the role of research analysts and are judged on their ability to value a stock, write a research report and then create a presentation on a buy, sell or hold strategy surrounding the company’s stock.

Clark, Thompson and Huber advanced to the final round on the strength of their written research report, and then secured first-place honors with their verbal presentation on Pluralsight, an online education company based in Farmington, Utah.

“We have amazing students at Utah State, and so many are doing incredible things with their education. This great accomplishment by Tyson, Kemerey and James is yet another affirmation that our Aggies can compete with the best anywhere in the world,” said Dave Patel, associate dean of the Huntsman School.

The victory over nine other teams from seven universities around the state earned the Aggie team a spot in the Americas Regional competition on April 23-24 in New York City, where it will compete against more than 50 other teams from North and South America.

The team was advised by Department of Economics and Finance faculty members TJ Bond, Rick Hornsby and Paul Fjeldsted, as well as finance alumnus Michael Hendricks.

Huber is a triple major in finance, accounting, and economics. He will graduate this spring, and is currently weighing several job offers. He will take the CFA Level 1 exam in June.

Clark is in the Huntsman School’s MS Financial Economics program. He is also a Fellow with the Center for Growth & Opportunity at USU and will take the Level 1 CFA Exam in June. He is headed to San Francisco upon graduation to join the credit risk training program at Wells Fargo.

A second Utah State University team composed of Brayden O’Brien, Kyle Livingston and Bailey Francom also made it to the final round of the in-state competition.

Online Home Buyer Education is an online course designed to cover topics related to buying a home for the first time. 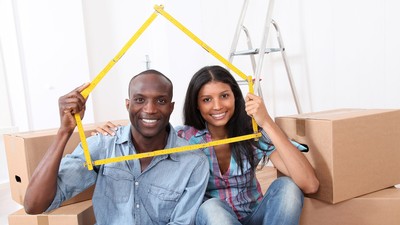 Not surprisingly, scammers are taking advantage of the fears that surround the Coronavirus.