Utah State University is among the four-nation International Sheep Genome Sequencing Consortium that will soon begin work toward mapping the genome of sheep with the goal of improving meat and fiber production as well as animal health. Funded in part with a $1 million National Research Initiative Grant from the U.S. Department of Agriculture to USU, the project involves researchers from Australia, New Zealand and Great Britain, as well as the United States.
"This collaborative project will provide additional resources for advancing genomics research in sheep," said Noelle Cockett, acting provost at Utah State and a principal investigator on the project. "It will allow us to develop overlapping pieces of DNA."
In addition to Utah State, project participants include the USDA's Agricultural Research Service, Scotland's Roslin Institute, the United Kingdom's Biotechnology and Biological Sciences Research Council, Genesis Faraday in Great Britain, New Zealand's AgResearch and three Australian groups — Commonwealth Scientific and Industrial Research Organization, Livestock Australia and Australian Wool Innovation.
Paul Rodgers, deputy director of policy for the American Sheep Industry Association, said he welcomed the USDA's May 16 announcement of the project and "has high regard for Dr. Cockett and her research."
"The project will greatly benefit our industry by providing genetic keys to important production traits, health and disease issues," he said.
Writer:  Mary-Ann Muffoletto, 435-797-1429
Contact:  Noelle Cockett, 435-797-1166
Photos by: Gary Neuenswander 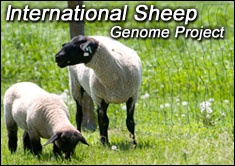 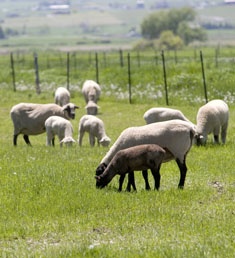