It was in August 22, 2001 when I first touched the grounds of Utah. Coming from a tropical country I knew what "hot" was, but surprisingly it was warmer in Salt Lake City than Manila at that time. I had mixed feelings about my trip. I was sad having to be away from family and friends and yet so excited to be independent in such a new environment.

A bird's eye view from the plane and 1 1/2 hour drive from the airport to Logan, where Utah State University was located, gave me an opportunity to take a glimpse of Utah. It appeared to be a land of wide expanses and harsh profiles: of deserts, inland salty lake, and broad plateaus; of high mountains and fertile valleys. I thought the state was perfect for outdoor enthusiasts.

Utah State University is home of the Aggies. There is a famous ritual by which one can attain true Aggiehood. One has to be kissed atop the 'A' under a full moon at midnight. Did I become a true Aggie? Ha-ha! I don't think I'm the kiss-and-tell type.

Concentrating on my field that is nutrition, I took all my classes for two semesters in the Nutrition and Food Science building. Going to the same edifice may have been monotonous, but I thought I gained that sense of belongingness quicker seeing familiar faces everyday. I felt privileged to have Dr. Ronald Munger, a very respected professor, as my advisor and grateful to have other graduate students warmly welcome me to their circle.

A HOME OF DIVERSITY

San Juan Hall was my "home away from home" for a year. Also called the "Global Village," San Juan was the sanctuary for fellow exchange students. To live there was to learn about various cultures in an effortless way. Our own apartment was so culturally diversified already with two Asians, two Europeans and two Americans having to live together.

Cultural activities such as the celebrations of the Spanish feast, Indian festival of lights and Halloween were fun-filled ways of learning about different cultures and traditions. All these were possible through the efforts of our beloved mentor family and hardworking resident assistant, Bethany Christensen.

GETTING TO KNOW THE UTAHNS

As international students learned about each other's countries, everyone was also busy blending with the American culture, most importantly with the Mormon heritage, which Utah is so well known for. Approximately 70% of Utah's residents are members of the Church of Jesus of Latter-day Saints. For most Mormons, religion is the culture itself. It was interesting to learn about their standards and spiritual beliefs. An LDS roommate was helpful to answer my queries. But I was just plain curious, was never interested to have myself converted.

COPING WITH THE CHANGES

I've lived all my life in a big city so it took a while before I got used to Logan, the quaint agricultural town located in beautiful Cache Valley, where it was quiet and the pace of life slower. I enjoyed the change; it felt nice being close to nature, but I missed everything back home --- the buildings, the congestion, the heat, the humidity, the pollution, the hustle and bustle, and funny, the same things I couldn't stand before.

Most Filipinos are not the outdoor type, but it would have been a waste not to enjoy the geological wonders and scenic attractions that Utah had to offer. Utah has an endless variety of recreational opportunities, I had fun trying some of them — from fishing and hiking during summer, to driving through scenic canyons and lakes during fall, to skating and snowboarding in the winter, to visiting parks, shopping at outlets and dining at different restaurants at Salt Lake City in the spring.

One thing I never got used to was the cold when winter came. But everyone's proud how this tropical girl survived her first real winter.

This year wasn't just any winter in Utah as Salt Lake City hosted the 2002 Olympic Winter Games. Imagine how excited we all got at the thought of having athletes come from all over the world. I thought I was lucky having the chance to be so close to the torch when it came to Utah State. I got luckier when I came home and found out from my roommates that we were actually televised.

I took every chance to travel during school breaks. I visited friends and family in L.A. and San Francisco, spent the holidays with my sister in Austin, Texas, even came back to the Philippines for a week during Olympic break, drove through Las Vegas, and just before coming home, went to New York and New Jersey with my parents. It was great to visit other states. It seemed like each one was a country of its own. I hope to come back and see more of the U.S. in the future.

I knew that the time would come and my exchange would soon be over. I never looked forward to it, the mere thought made me sad. But I smile when I remember how much I enjoyed this experience. Logan is the place where I found the best friends I could ever have. I thank the International Student Exchange Program for giving me the rare chance to study abroad. To Elsa Fernandez and Kay Forsyth, my ISEP coordinators, you were both wonderful; thank you would never be enough. To my friends, you're all being missed. I'll see you soon, ok. This page is for you. 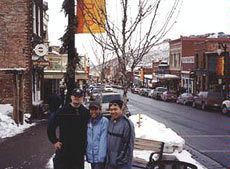 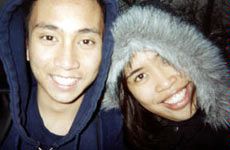 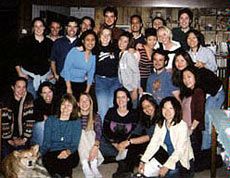 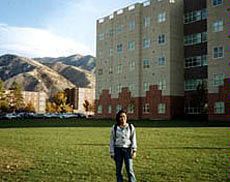 The ETE 10 program is aligned with USU's mission statement, fostering the principle that academics come first. 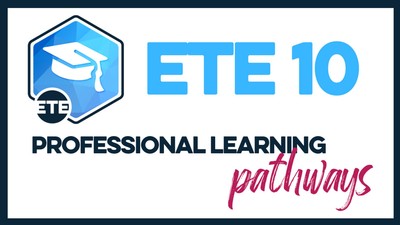