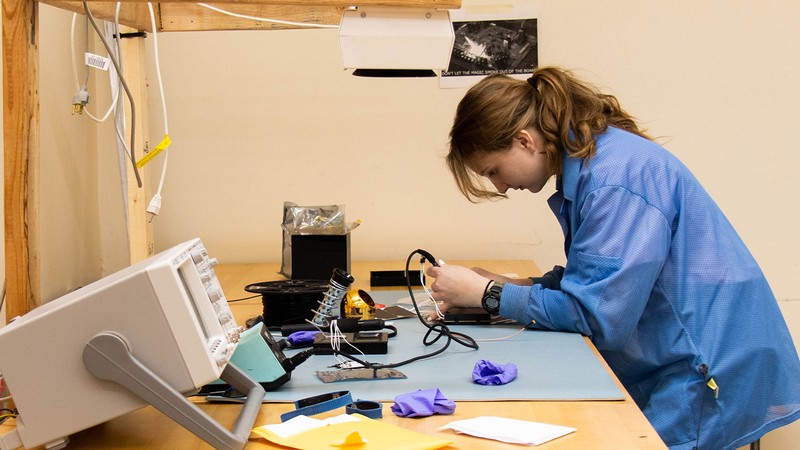 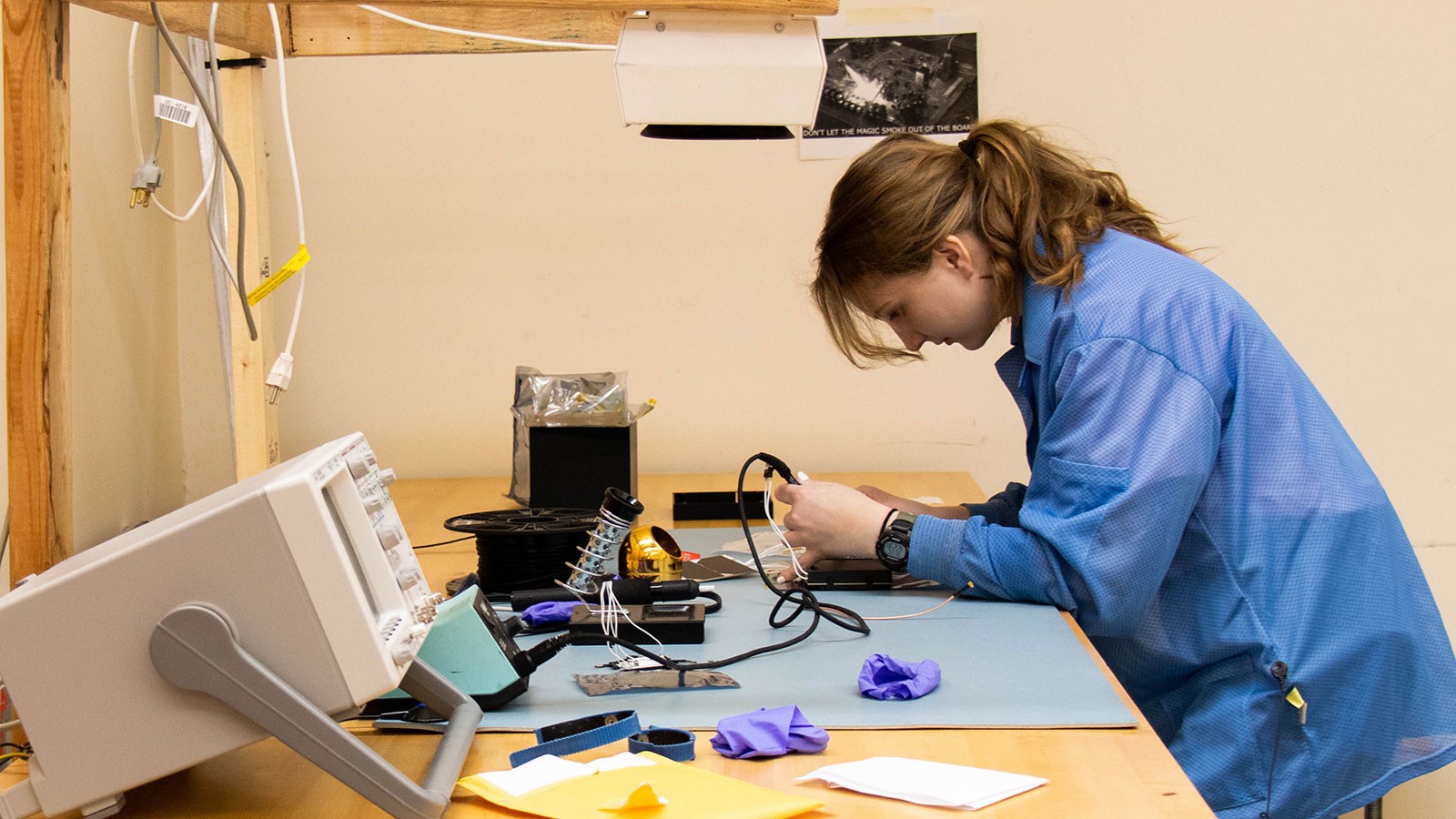 Donna Metcalf, a sophomore at Utah State University, is the electrical team lead on USU’s Get Away Special, or GAS, team. She is also the only woman lead on the team.

Metcalf is originally from Murray and is studying electrical engineering. She got involved with the program after a camp on campus.

“I was originally going to do mechanical engineering,” Metcalf said. “At the camp we built Tesla coils and it was the best, so I immediately switched over. I haven’t regretted it since.”

She also decided to come to USU because of the work done by the university’s GAS team, an undergraduate research team within the USU physics department that gets students firsthand experience with aerospace research.

The team started in 1976 and has flown a number of student-designed projects into space.

Metcalf had heard USU was the college with the most student projects in space, but halfway through her first semester she heard about GAS recruitment from a friend and joined the team.

Metcalf said her favorite part is the hands-on experience and the opportunity to build relationships.

“I don’t think I would be where I’m at today without the relationships I’ve been able to build,” Metcalf said. “It’s also a real-life experience, rather than what you just learned in class.”

In December the GAS team was recognized by a number of media outlets, such as KSL and ABC4, after NASA launched a satellite designed by the team into space.

Metcalf said the individuals who were featured in these interviews were people who she felt had put in a good amount of work.

However, she also noticed she was excluded from the features, except for a brief shot of the back of her head.

“It’s a little jarring when you can be the electrical team lead for an upcoming project and not be featured in any interviews,” Metcalf said, “yet still have more focus on people that weren’t on the team.”

Metcalf doesn’t blame anyone she works with on the GAS team, and doesn’t think the media outlets were intentionally excluding her for any reason.

“I think it’s really important to know that it’s not on purpose,” Metcalf said. “It’s something that you don’t recognize unless it’s happening to you.”

Metcalf also knew going into a STEM field as a woman would be challenging.

“I knew that it was going to be difficult to gain the same respect as my male counterparts,” Metcalf said. “They just get it without having to work as hard.”

According to the U.S. Census Bureau, women only made up 27% of the STEM workforce in 2019. In these fields, women also tend to make less money than men.

“I don’t see any reason for anyone who has the capability of understanding and applying the concept of STEM fields to feel discriminated against,” Stewart said.

At this point, Metcalf said she has earned the respect of the men on the team.

“I’m at a point where I can talk to them and they respect me,” she said. “They understand that it is a different experience to go through engineering as a female instead of a male. A lot of them are understanding it, and it’s really nice to have that conversation.”

Metcalf also said it’s important to talk about the struggles women can experience in STEM fields.

“If it sticks in somebody’s head, they’re thinking about it more often,” Metcalf said. “Then when they see something, that’s the first thing they think of.”

Metcalf encouraged anyone who experiences challenges such as these to persevere.

“I tie it back to the Mars rover that landed last year,” Metcalf said of NASA's ongoing Perseverance mission. “It’s going to be hard, but as long as we keep fighting, eventually it’ll be nonexistent and we won’t have to worry about it.” 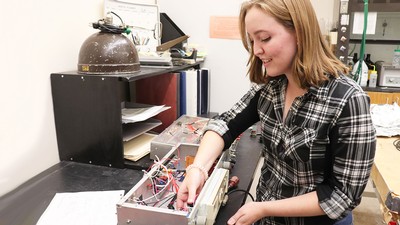