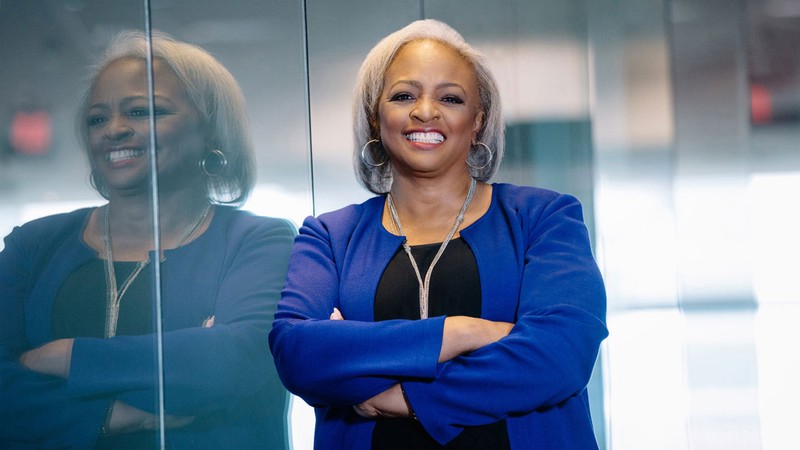 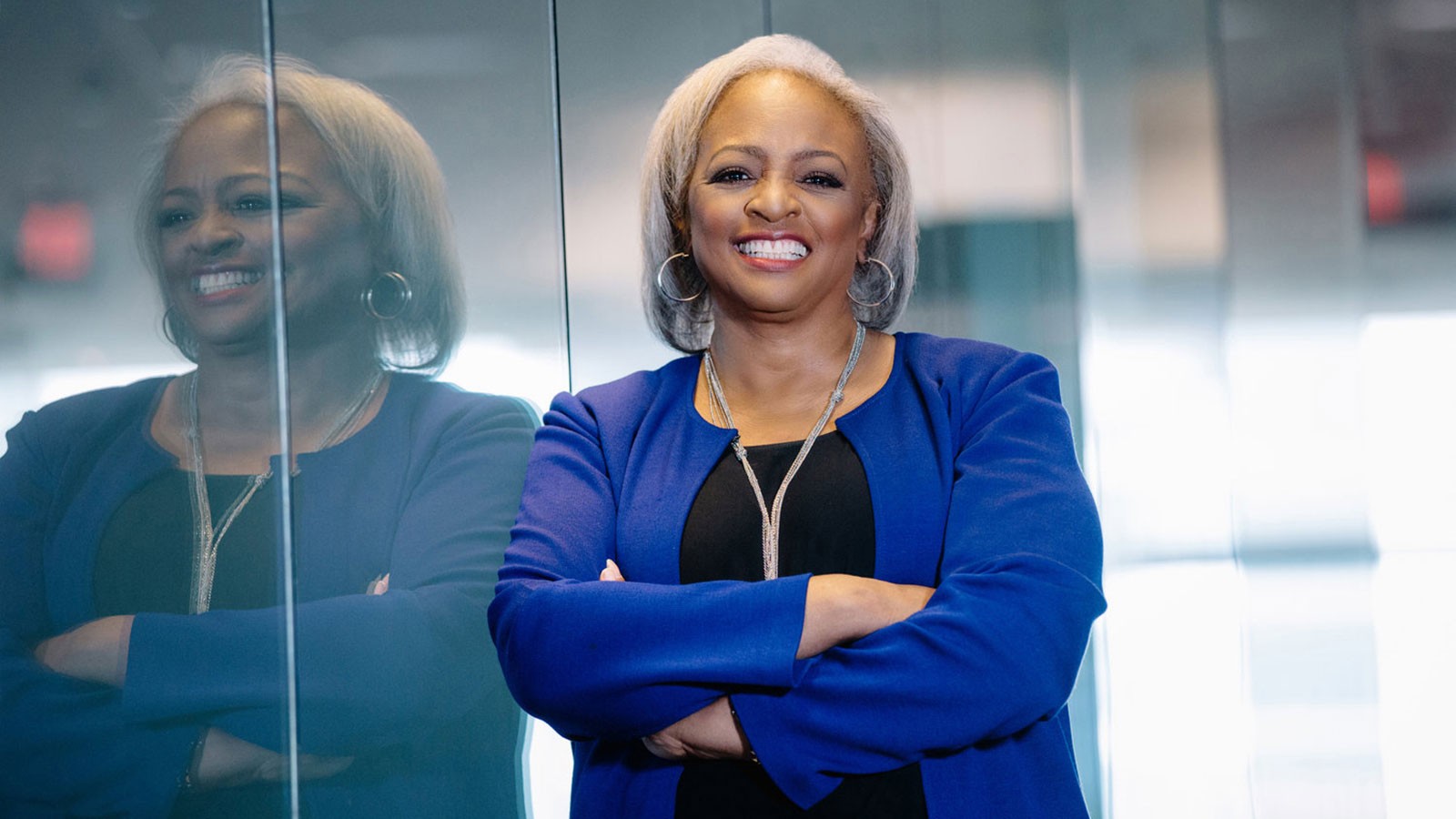 Carol Anderson, award-winning author, human and civil rights advocate and professor of African American Studies at Emory University, will be the keynote speaker at the Voting Rights 1870, 1920, 1965, 2020 Symposium hosted this fall by Utah State University.

Anderson will speak at 5 p.m. Thursday, Sept. 17, in the first of a series of web broadcast events which will be presented on Thursdays in the weeks leading up to Election Day on Nov. 3. “A Conversation with Carol Anderson” will be moderated by USU sociology professor Marisela Martinez-Cola, and she and Anderson will discuss access to voting in the United States in 2020, as well as throughout the nation’s history.

To register for any of the Voting Rights Symposium’s webinars, visit history.usu.edu/voting-rights-symposium. All of the events are free and open to the public.

“We’re so excited to be hosting Dr. Carol Anderson, who is the leading scholar on current and historical voter suppression of vulnerable communities,” said Christy Glass, interim director of the Center for Intersectional Gender Studies and Research at Utah State University. “In addition, immediately after her keynote address, we’ve organized an opportunity for students to have some time to talk to Dr. Anderson one-on-one. We’re excited about them having a chance to talk to an iconic scholar and author.”

Anderson is the author of One Person, No Vote: How Voter Suppression is Destroying Our Democracy, as well as Eyes Off the Prize: The United Nations and the African-American Struggle for Human Rights, 1944-1955, which was awarded both the Gustavus Myers and Myrna Bernath Book Awards. White Rage: The Unspoken Truth of Our Nation's Divide, was also a New York Times bestseller, Washington Post Notable Book and a National Book Critics Circle Award winner in 2016.

Anderson was initially slated to speak in person at USU last spring during a two-day symposium. But due to the coronavirus pandemic, her address was postponed and the symposium ended up transitioning into a series of virtual events under the direction of Tammy Proctor, head of the Department of History in USU’s College of Humanities and Social Sciences.

“It ended up being kind of serendipitous because now that we’re heading into a really tough election, we feel like everybody’s more excited to be thinking and talking about these things,” Glass said. “And right now, I think our faculty and students, possibly more than ever, need opportunities to engage in virtual community events. So, instead of two days in the spring, we’re going to have six weeks of an event leading right up to the election.”

Following Anderson’s keynote address on Sept. 17, Proctor will moderate a presentation by Lisa Tetrault entitled, “When Women Won the Right to Vote: Myth to & Memory” at 5 p.m. Thursday, Sept. 24. The following week on Oct. 1, Angela Diaz will moderate as Selina Gallo-Cruz speaks on “Invisibility, Resistance, and Women’s Political Power,” and on Oct. 8, Susan Grayzel will moderate “Making the World Safe for Democracy: The Global Battle of Woman’s Suffrage after the First World War” by Mona Siegel.

On Oct. 15, Evelyn Funda will serve as moderator as Kimberly Jensen’s speaks on “Registration, Education, and Voting: Black Women and Civic Organizing in Oregon, 1913-1916,” and the Voting Rights Symposium will be concluded at 5 p.m. Thursday, Oct. 22, with a “Roundtable: Utah in the National Debate.” Moderated by Glass, the panel discussion will feature James Courage-Singer, Katherine Kitterman, John Mejia, Jeanetta Williams and Sheri Newton.

“The panel is composed of people from Utah representing the state’s ACLU, the NAACP and the Disability Law Center, as well as the first Navajo candidate for Congress from Utah and a historian from the Better Days 2020 committee, who can kind of put Utah in the context of the fight for women’s suffrage,” Glass said. “Utah has such a unique history – Utah women were the first to vote – so she can kind of place Utah in that larger history, and then we have some of those other speakers who can talk about some of the challenges that we face today.

“I think this is also what we want to be doing. We want to be sponsoring and engaging our campus and the issues of our time, and I don’t think there’s any more timely issue right now than voting rights, with COVID-19 and the issues around mail-in voting,” Glass continued. “Utah is so interesting. We want to focus on the broader history and contemporary issues, and then conclude by bringing it back home and really diving into this issues in Utah.”

The Center for Intersectional Gender Studies and Research is co-sponsoring the Voting Rights 1870, 1920, 1965, 2020 Symposium, along with a variety of other organizations, including Better Days 2020, USU’s Year of the Woman, Utah Public Radio, USU Department of History and the Utah League of Women Voters. Founded in the fall of 2019, CISGR was created to expand upon the mission of the Center for Women and Gender to encompass issues at the intersection of identities, such as gender and gender identity, race, class, sexual orientation, nationality and disability.

A professor of sociology at USU since 2005, Glass co-chaired the committee that helped create the CISGR under the direction of USU President Noelle Cockett and Executive Vice President and Provost Frank Galey, and she is slated to serve as the interim director of the center for a period of two years. While the coronavirus pandemic led to the postponement, alteration and/or cancellation of a number of events CISGR had planned, Glass said the mission of the new center is still being carried forward through the substantial efforts of its advisory committee and program coordinator Amber Caron. In addition to events like the Voting Rights Symposium and upcoming workshops on inclusive teaching and research, the center has helped create and fund a variety of student scholarships and research and teaching fellowships.

“It took about a year for the advisory committee to figure things out and kind of put meat on the bones, if you will,” Glass noted. “But that’s what’s so exciting about this fall. We put in all of this work and now we get to actually launch these programs. People will get to know the new center and benefit from these new programs.

“I think the challenge is to make sure that we’re investing in faculty, staff and students in ways that are really productive and meaningful and impactful,” Glass added. “If we do that part well, we’re going to build a really cool thing.”

For more information about the Center for Intersectional Gender Studies and Research, visit usu.edu/intersections. 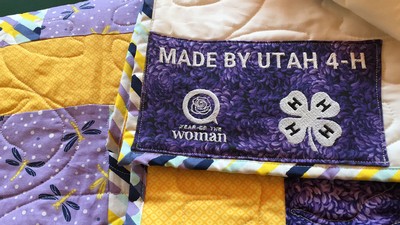 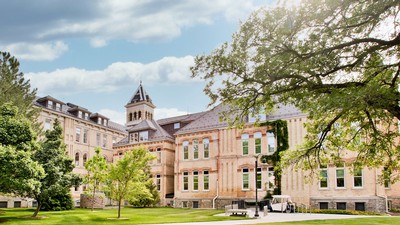