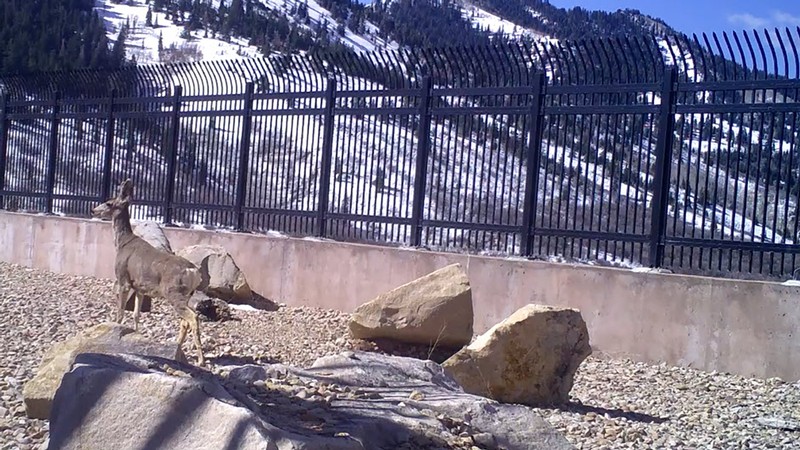 A budget-conscious project in Parley's Canyon, Utah included an overpass that was more narrow than the standard design. Nicki Frey evaluated the structure and documented hundreds of animal crossings within the first few months of research. Photo Credit: Nicki Frey. 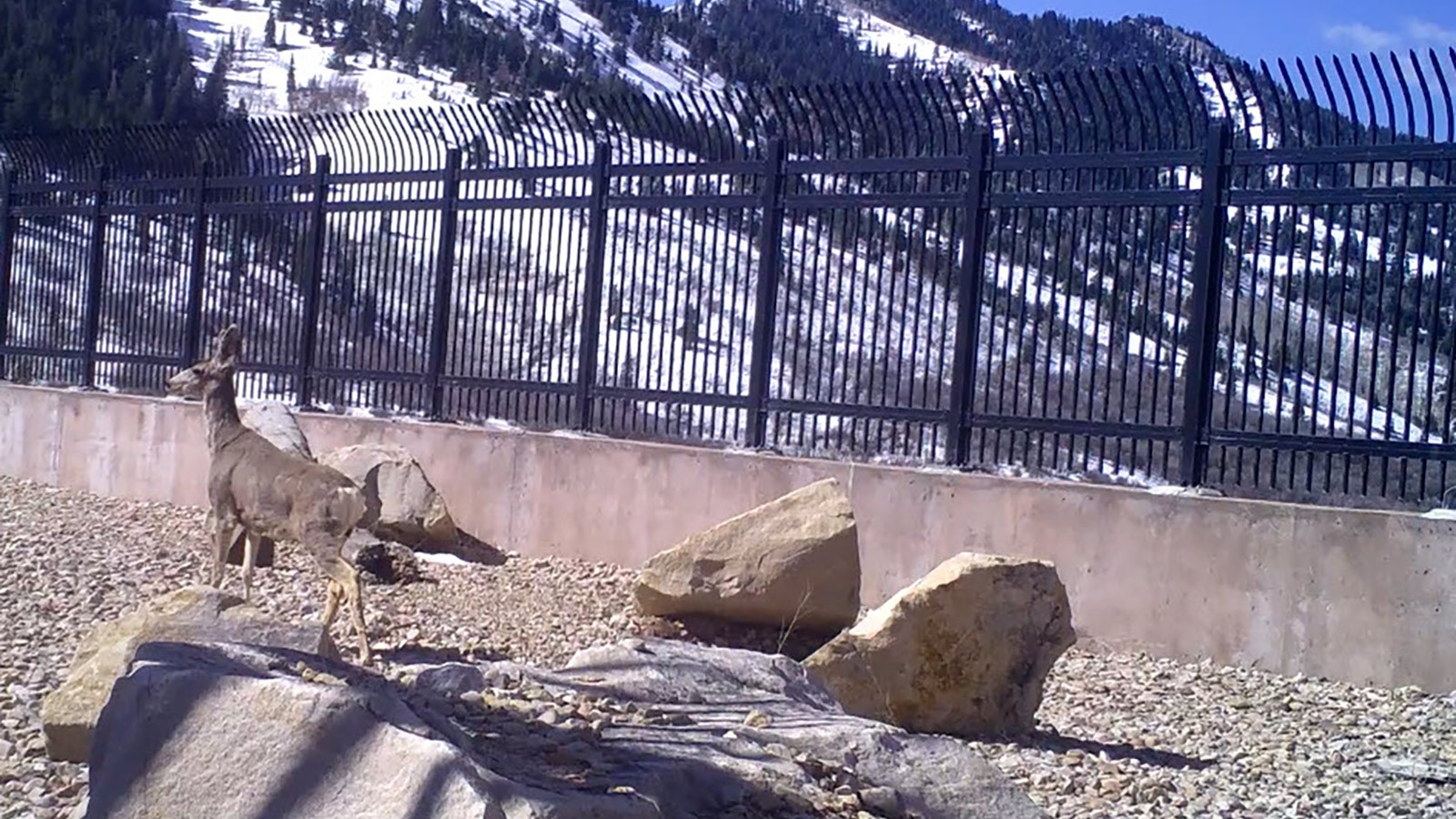 Forget chicken—if you want to know why a bobcat steps into the road, or at which places elk tend to hop freeway barriers, or how much personal space a moose requires to traverse an overpass, talk to Nicki Frey, Extension associate professor in Utah State University’s S.J & Jessie E. Quinney College of Natural Resources. Frey’s work evaluating animal road crossing was recently highlighted in a New York Times article describing national efforts to design, fund and build structures that allow wildlife to traverse busy roads in problem areas.

The overpass structures are designed to reduce dangerous and expensive animal/vehicle collision events, and the urgency of the effort is clear after watching the heart-stopping footage from the New York Times article of a desperate buck darting in Interstate 80 in the Pequop Mountains of Nevada. The nervous animal avoids hurtling traffic by sheer (and likely temporary) luck, but many animals aren’t so lucky. These types of events are far from rare, and there is an increasingly broad consensus between both road designers and environmentalists about the need for animal crossings to reduce the number of accidents and human fatalities on roadways in the United States.

Utah teams are looking for solutions. A budget-conscious project from the Utah Department of Transportation included the construction of an animal overpass for I-80 in Parley’s Canyon in Summit County, Utah. The proposed structure was narrow compared to the standard design … a move that some doubted would be appropriate for tentative wildlife. UDOT tapped Frey to evaluate the crossing. Despite the unique design of the overpass, she was pleasantly surprised by what she documented—a wide variety of wildlife using the crossing: moose, deer, black bears, mountain lions, porcupines and more. Frey recorded hundreds of crossings within the first few months of the research.

Another benefit offered by overpasses (besides saving both animal and human lives), is the ample opportunity they provide for trail cameras to record the animals that share the space: a porcupine waddling between jagged boulders, a coyote padding nonchalantly across gravel terrain, a pair of delicate fawns picking their way—safely—across a daylit overpass. The crossing seems to act as a figurative waterhole, a communal space where animals of all stripes set aside territorial demands to find safe crossing.

Although wildlife road crossings have been fairly standard for years in places like Europe, in the United States, public will is building enough momentum to move projects forward. Overpasses are expensive; a structure spanning four lanes of highway typically costs between $5 and $10 million. But they can save motorists the cost of repairs, save human lives and save animal lives. Plus, as Frey documented, assumptions about fundamental design could be modified as more overpasses are built and evaluated. Modified structures could be designed to meet the needs of wildlife and state budgets alike. 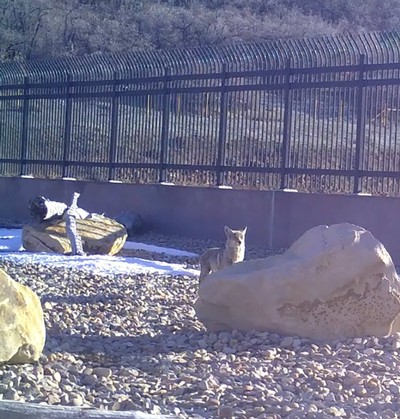 Overpass structures are designed to reduce dangerous and expensive animal/vehicle collision events. There is increasing consensus between both road designers and environmentalists about the need for these structures to reduce the number of accidents and human fatalities on roadways. Photo Credit: Nicki Frey. 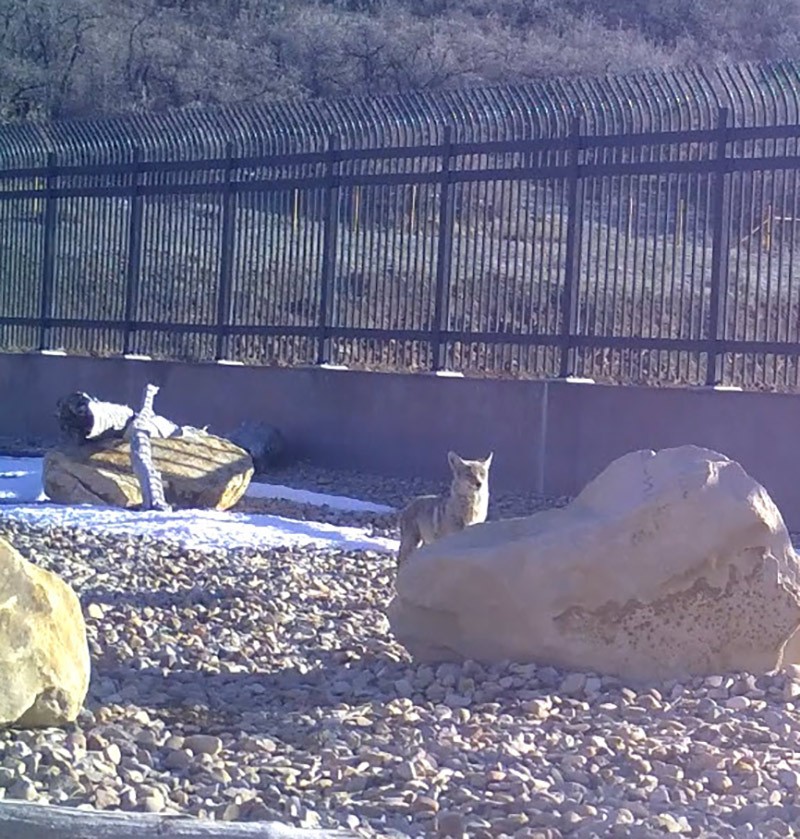