In the 2012 BBC-produced documentary “Playing God,” Utah State University biologist Randy Lewis challenges the notion his lab’s goats, genetically engineered with a spider gene that enables them to secrete spider silk protein in their milk, are “bizarre.”

Lewis spoke at the Salt Lake City Public Library March 11 following a screening of the documentary hosted by the Natural History Museum of Utah and the Utah Film Center.

“The gathering was an opportunity to answer questions from the public and talk about our research,” says Lewis, professor in USU’s Department of Biology.

His work is also featured in the March 3, 2014 issue of Chemical & Engineering News, which details five organizations around the world — including USU-spinout company Araknitek — poised to produce commercial-scale quantities of synthetic spider silk. USU broke ground on its 70,000-square-foot Bioproducts Scale-Up Facility on the university’s Innovation Campus in Oct. 2013, as a first step in producing large quantities of spider silk protein.

In addition to goats, Lewis and his team have inserted silk-producing genes into silkworms, E. coli bacteria and alfalfa. Currently, E. coli is the closest option to producing enough protein for application testing, though each host has distinct advantages.

Lewis says spider silk is, by weight, stronger than steel and tougher than Kevlar. Those characteristics, along with the material’s elasticity and biocompatibility, make it a promising candidate for synthetic tendons, ligaments, bones and skin.

“We’ve done some studies that show…you can put it in the (human) body and you don’t get an immune response; you don’t get inflammation,” he says.

Other applications include fibers for lightweight body armor and vehicle airbags safe enough for infants. In 2013, Lewis secured funding from the U.S. Navy to study use of the silk to develop an underwater fastener.

The C&EN article explores another application, seemingly the stuff of science fiction. Could spider silk, as depicted in the film Spider-Man 2 stop a passenger train?

“Yes,” Lewis says. “We calculated roughly how thick the fibers were, how many of them he attached to the walls, how much the locomotive and people weighed, and how fast it appeared to be going. Spider-Man would have been able to stop that train.” 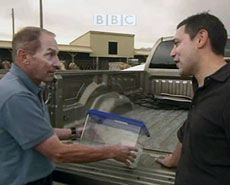 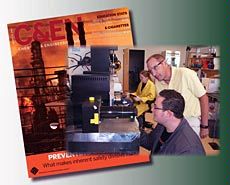 USU's synthetic spider silk research efforts are featured in the March 2014 issue of 'Chemical & Engineering News.’ USU spin-out Araknitek is mentioned as one of five organizations poised to produce commercial-scale quantities of the coveted fiber.