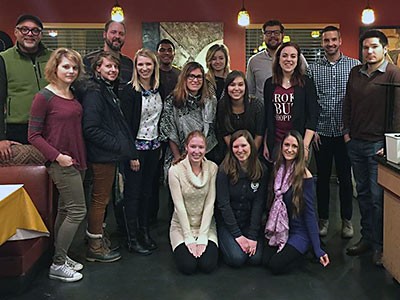 Members of the Brazil initiative gather for a group photo.

Brazil and Armenia may lie in different corners of the map. But they share many of the problem we face in America.

Now, students are fulfilling the vision of Dean John Allen of the College of Humanities and Social Sciences of engaging Utah State University students in far-flung countries to teach them to better understand these “foreign” worlds — and perhaps discovering they’re not that different from our own.

The International Initiative is about “lifting up our students and faculty,” said Allen. And this summer, two troops of USU students and scholars, reaching across disciplines, have received grants to put the new program into action.

One such group is now in northeastern Brazil, the second in the neighboring counties of Georgia and Armenia. Not only are the students researching and studying, they’re also actively sharing their experiences through Facebook and other social media — giving us all a peek into this global window.

“Study-abroad tours are great,” said Allen. “But they’re basically tours. I wanted students to engage at a deeper level, by teaching, by conducting research, by humanitarian activities.”

The USU delegation in Salvador, a large city nearly 1,000 miles north of Rio de Janerio, is comprised of an expert in global communications, an anthropologist and a linguist — all “Exploring Identify Through Difference: An Immersive Experience of Race and Class in Brazil,” as the class is titled.

Among the faculty members accompanying the 12 students is Jason Gilmore, who last year led a contingent of students to Alabama to mark the 50th anniversary of the 1965 “Bloody Sunday” freedom march in Selma. Other instructors are Marcus Brasileiro, assistant professor of Brazilian literature and culture, and Francois Dengah, an assistant professor of anthropology who focuses on such issues as urban and medical anthropology.

The group gathered June 12 in Salvador and will return July 5.

Gilmore said the students, as part of their research, will be collecting oral histories from the racially diverse residents of this city, which carries a legacy as the first African slave port in the Americas. Founded in 1549 as the initial colonial capital of Portugal, Salvador “has a really rich history,” said Gilmore. “But it’s also got really deep poverty. There is quite a bit in the way of diversity, which is what we’re looking for.”

The students will also work with community members assisting Projeto Axè, an organization that empowers youth.

The Armenian and Georgian initiative

This group in the Balkans is led by a sociologist and a political scientist — both experts in Russia studies. Erin Hofmann explains, “As two people at USU who know where Georgia is and are interested in it, this is pretty perfect for what we do.”

She is a sociologist who studies patterns of immigration in the former Soviet Union nations, a region of the world she describes as “undergoing tremendous social change and experiencing massive international migration for the first time in recent history.”

Robert Nalbandov is an assistant professor of political science with an expertise in international and regional security in Europe and Sub-Saharan Africa. Nalbandov is an ethnic Armenian from Georgia.

The delegation will first spend time in Georgian capital Tbilisi; then it’s on to Yerevan, Armenia’s capital, a drive of about seven hours, said Hofmann. In the mornings, the students will take classes at institutions like the American University of Armenia; in the afternoons, they will undertake their own internship projects at think tanks and other organizations that research politics and society in post-colonial states.

“It will be interesting for the students to have learning experiences in countries with similar histories but that have taken such different paths,” she said.

Following the collapse of the Soviet Union, Georgia became “a gung-ho, pro-western country.” Armenia, on the other hand, has remained closely aligned with Russia, she said.

“The students will talk about those historical legacies in class,” said Hofmann. “And then in the afternoons they’ll work with people who are directly dealing with these issues.” Students were matched with their interests as much as possible. For instance, one young woman is interning at the Armenian parliament, while another is studying international business at a cell phone company.

Hofmann will also be lecturing at the Caucasus Research Resource Center about her research on Georgian immigration to the United States.

Keeping up with the global initiatives

Follow the USU Brazil Initiative 2016 as students and faculty share photos, inspirations and experiences on Facebook. Utah Public Radio will also run a series of interviews with Gilmore in August during the Rio de Janeiro Olympic Games.

Those participating in the South Caucasus will be sharing their adventures on Facebook. 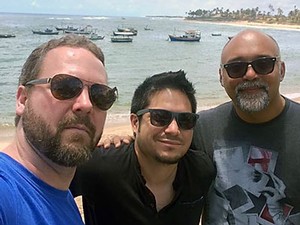 The three USU professors leading the CHaSS Brazil initiative are seen in a selfie from the Facebook page. 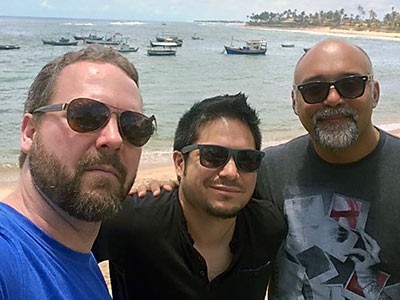