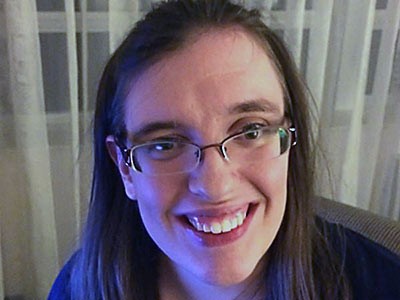 A recent study may reveal that suicide is considered more acceptable if it’s contemplated by a person with a disability.

The study, conducted by researchers at Utah State University and Mississippi State University, examined the results of an online survey administered to 500 participants from all over the United States. It controlled for race, ethnicity, religious preference and income.

Their results are published in the Journal of Affective Disorders.

In the study, participants responded to a series of paired, hypotheical vignettes in which people faced similar life stressors — but in which only one of the people had a disability.

For example, one vignette pair describes the situations of two women whose college-age children have moved out. One has a chronic illness that causes intermittent but sometimes severe physical pain; the other has little education, has been unable to find a job or meaningful volunteer work, and has experienced feelings of hopelessness. In both hypothetical scenarios, the women were contemplating suicide.

“In all of the five vignette pairs, disability made suicide more acceptable,” said Emily Lund, a fourth-year PhD student in the Disability Disciplines program who led the research. In fact, in every case the correlation was highly statistically significant.

“The reason we did this study was, within the disability community there had long been the idea that if you have a disability, suicide becomes more permissible. But there had been no empirical study,” Lund said.

The results remained the same when researchers controlled for depression.

The size of the acceptability gap may have varied, but it was always highly statistically significant.

Lund’s curiosity was piqued before she ever began the study, when she was conducting research for a different paper. She typed “suicide” into an academic search engine and brought up information on how it wasn’t an option. But when she typed in “suicide” and “disability,” she brought up a debate on whether suicide was acceptable in the case of disability or chronic illness.

“It was interesting that typing in one little word completely changed the tone of the results,” she said.

But she had no empirical evidence to back up that conclusion, so she set out to find some. She worked with Michael R. Nadorff and E. Samuel Winer from Mississippi State University and Kathleen Seader, who is also from USU.

The Disability Disciplines doctoral program where Lund studies is interdisciplinary, and it is housed in the Special Education and Rehabilitation Department within the Emma Eccles Jones College of Education and Human Services.