A recently implemented student survey at Utah State University shows that, while the majority of students feel safe on campus, less than half knew how to file a formal sexual misconduct complaint with the university.

During April 2017, 45 percent of USU students responded to the survey, which gauges the incidence of nonconsensual sexual contact – defined in Utah’s code on sex offenses – including fondling and rape. The survey examined students’ attitudes about sexual misconduct, willingness to step in to stop sexual misconduct and perceptions about how USU responds to allegations.

Sexual misconduct “climate surveys” are not mandatory, but the U.S. Department of Justice, the U.S. Department of Education and the White House Task Force to Protect Students from Sexual Assault have all indicated such surveys are an important component to help higher education institutions understand the scope and nature of sexual violence in their communities. In 2014, the White House released best practices for campus climate surveys, which USU used in creating its own.

“We needed a better understanding of where we were in terms of addressing the problem of sexual misconduct on campus,” said USU president Noelle Cockett, who also chairs the Sexual Violence Task Force on campus. “The survey results give us a clearer picture of how we can better prevent and respond as a university, and a way to measure if we’re making a difference over time.”

“The survey results highlight the ways we can improve, and we’re already making progress in many areas,” Cockett said.  “It is heart-wrenching to know there are campus resources not being used by victims.”

USU has introduced several new initiatives, including a mandatory online sexual assault awareness course for all incoming students, the introduction of a new campus-wide bystander intervention training program, introduction to the principles of bystander intervention in the freshman success class taken by most incoming students and a week of workshops and presentations focused on healthy relationships, communicating consent and preventing sexual assault.

For this fall semester, USU also released a new sexual assault resource guide in print and online at usu.edu/sexual-assault and has plans to roll out more information about how the formal complaint process works.

“Universities should be havens of diversity of thought, discovery and engagement where students are free from any form of sexual misconduct,” Cockett said, adding “moving forward, our goal is to expand our prevention efforts, bring attention to the important victim resources we provide and do our best for every student who comes to us with an allegation of sexual misconduct.”

As part of USU’s continuing efforts to prevent and respond to sexual misconduct in the campus community, the university formed a Sexual Violence Task Force and several working groups in fall 2016, including the Campus Climate Survey Working Group. This working group is responsible for developing and implementing the USU Survey on Sexual Misconduct and assessing its results. The working group includes the university’s director of Analysis, Assessment and Accreditation, as well as faculty members with relevant experience and student representatives.

To read a summary of the report or to download the full report, visit here. 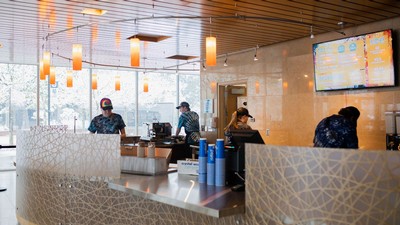