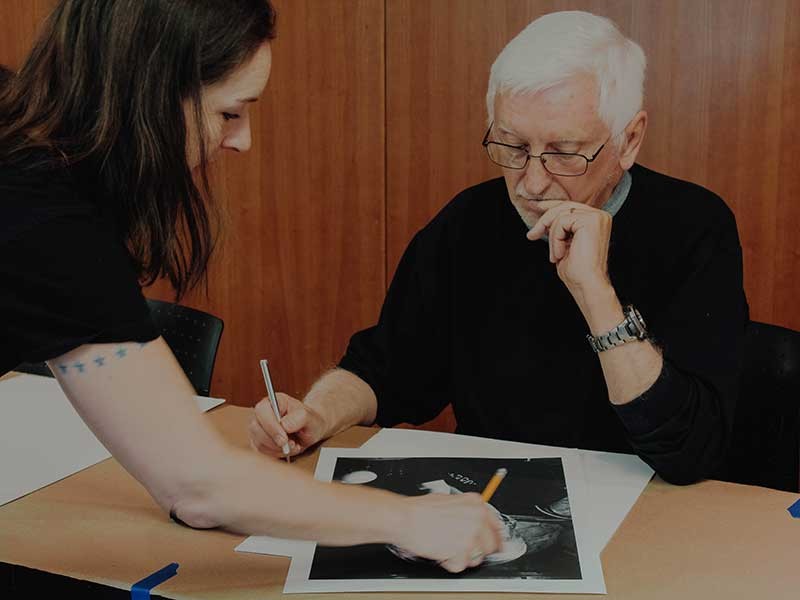 Utah State University will unveil its contribution to the ever-growing “Work in Progress” mural Thursday, March 29, at 5 p.m., in the Eccles Conference Center on the Logan campus. Everyone is invited to view the collage-style mural that highlights the impact of women in society. A discussion with the artists begins at 5:15 p.m. in the conference center moderated by Vice Provost and faculty participant, Janis Boettinger. A reception will follow.

“Work in Progress” is a community project and the brainchild of Jann Haworth. To date, more than 140 Utah men and women have created stencil portraits of more than 170 women who are catalysts for change in the arts, sciences and social evolution. Portraits of the women were then made into a beautiful collage by artist Liberty Blake. The mural is over 50 feet long and growing.

Below are a few examples of women selected and stenciled by Utah State University students and faculty who participated:

David Peak, professor in the Department of Physics, selected Vera Rubin. Rubin was an American astronomer and Nobel Prize nominee, who deduced the existence of what has come to be known as “dark matter.”

USU engineering student, Morgan Bostic, chose Olive Dennis, who was among the first female civil engineers and the first American person to earn the title of service engineer in the railroad industry.

Student Arie French, a history and religious studies major, chose Maya Angelou. A National Medal of the Arts and Presidential Medal of Freedom recipient, Angelou is perhaps best known as the author of “I Know Why the Caged Bird Sings,” but is also an important figure in the American Civil Rights Movement.

Nancy Hills, professor in the Department of Theatre, selected and stenciled Edith Head. A female pioneer in costume design and winner of eight Academy Awards, Head worked for Paramount and Universal studios in addition to a successful partnership with Alfred Hitchcock.

Devon Isaacs, doctoral student, and Melissa Tehee, assistant Professor in the Department of Psychology, worked collectively to stencil their inspiration, Wilma Mankiller. A member of the Cherokee Nation, Mankiller is credited as being a force for positive change in Native American communities through the creation of jobs, literacy programs and health facilities.

A reproduction of the mural is on view in the lower level of USU’s Merrill-Cazier Library January 16 – March 29. This project is organized for USU by the Nora Eccles Harrison Museum of Art (NEHMA) as part of the Year of the Arts. More information can be found at nehma.usu.edu 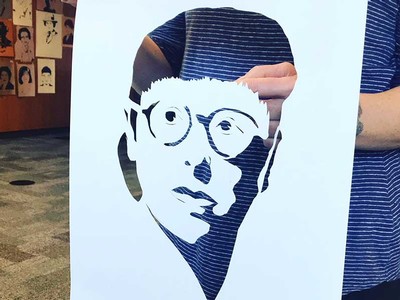 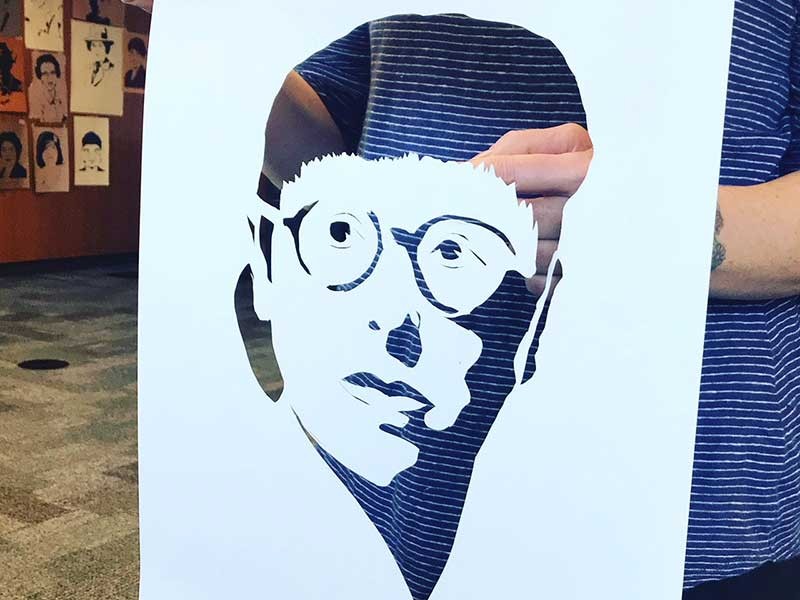 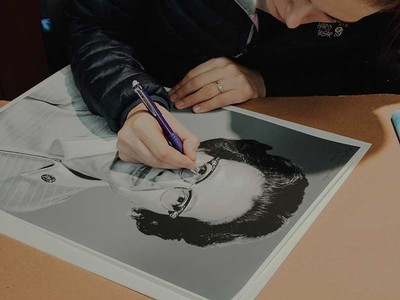 Student Sydney Burtenshaw stencils Katherine Johnson, an African-American mathematician who made contributions to the United States' aeronautics and space programs with the early application of digital electronic computers at NASA. 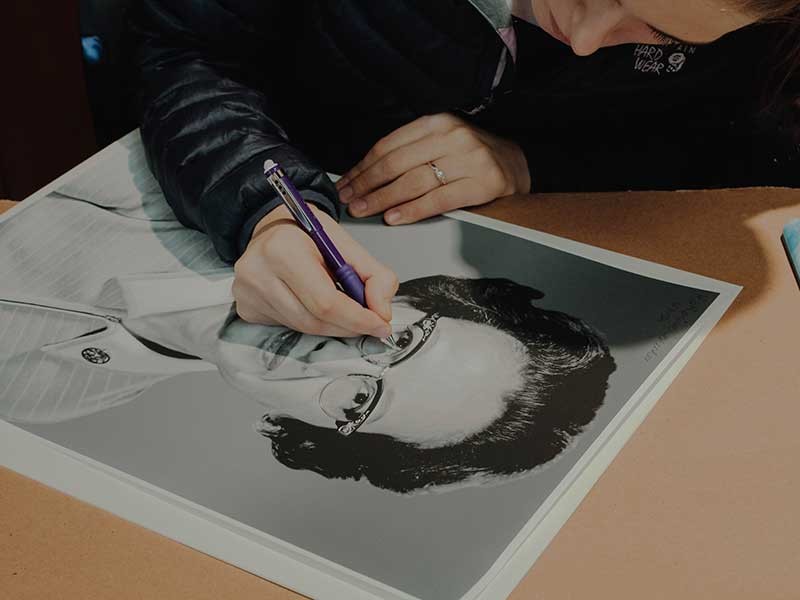 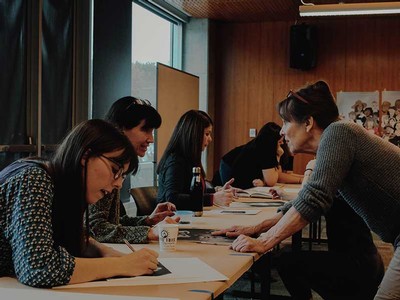 Jann Haworth, who envisioned the "Work in Progress" mural, visits with workshop participants. 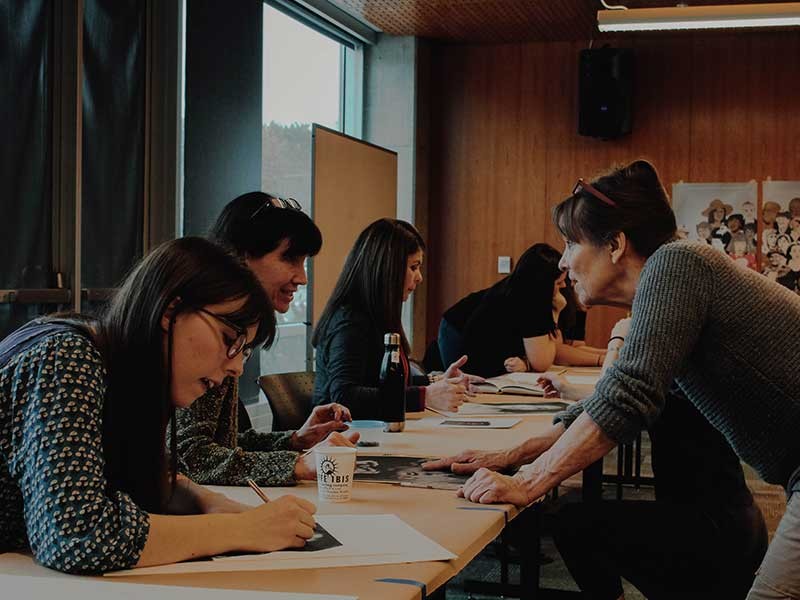