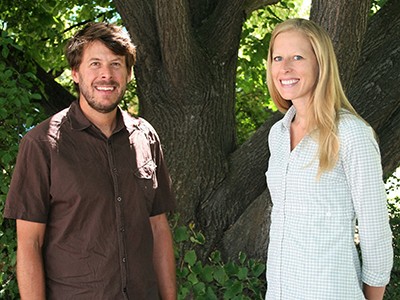 USU ecologists Torrey Rodgers, left, and Karen Kapheim published research from a project with the Smithsonian Tropical Research Institute in which they used carrion flies to survey biodiversity in a Panamanian forest.

How many mammal species live in a tropical forest? Some are nocturnal. Others are small, furtive or live at the tops of trees. Scientists, including Utah State University Ecology Center researchers Torrey Rodgers and Karen Kapheim, working at the Smithsonian Tropical Research Institute (STRI) in Panama tested a new technique: recruiting carrion-eating flies to detect mammals. This new method surpasses standard techniques, detecting more species than researchers could count along trails or photograph with hidden cameras.

Carrion flies, found worldwide and common in many habitats, feed and lay their eggs on dead animals, open wounds and feces. They are not choosy, feeding on whatever remains or droppings they come across, swallowing the DNA of the animals they came from. The DNA stays in the fly's digestive system for some time before it breaks down.

Scientists collect genetic "barcodes," short sequences of DNA unique to particular species, storing them for reference. By comparing the DNA in the libraries with DNA in a sample of animal material, they can figure out which animal a sample is from. Barcoding can be used to find out if the fish being sold at a fish market is really what the seller says it is, or if animal products seized from traffickers are from endangered species. However, sequencing DNA from a single individual is still relatively expensive and time-consuming. New equipment can sequence DNA from a sample containing tiny scraps of genetic material from a large number of individuals at the same time, a technique called "metabarcoding."

Rodgers, a research associate in USU’s Department of Wildland Resources and Karen Kapheim, assistant professor in USU’s Department of Biology, tested this new mammal detection technique on Barro Colorado Island in Panama, one of the best-studied tropical forests in the world, where the species list includes 108 mammals, 74 of which are bats. They and colleagues published findings in the July 31, 2017, early online edition of Molecular Ecology Resources.

In the past, researchers relied on two standard methods to estimate how many animal species were on the island: transect counts, in which a researcher walks a fixed length of trail and records all mammals observed, and automatic camera traps that snap photos of any animal that walks past them.

Such surveys are important to find out how numbers of animals change from year to year or from season to season, or to test the effectiveness of conservation actions such as National Parks and nature reserves. In this study, researchers lured flies into traps baited with chunks of raw pork set out along trails, collecting more than a thousand flies.

The DNA in and on the flies was extracted and analyzed. DNA from 20 mammal species was identified in the samples from the carrion flies, including monkeys, carnivores, sloths, anteaters, marsupials, rodents, and bats. A camera-trapping survey carried out during the same time period detected only 17 species, and transect counts detected just 13.

The flies found four species not detected by either camera traps or transects, including two bats. The method was not perfect, however, failing to find three species detected by the other methods. The flies' taste for waste may help explain the results: they were good at detecting species such as primates that produce abundant soft droppings, and less so picking up species like rodents and deer that produce small, hard pellets.

"We are excited to report that metabarcoding of carrion flies is a very effective way to survey mammal communities," said Rodgers. "We hope that in the future, this technique can aid in the fight to protect and monitor biodiversity worldwide." 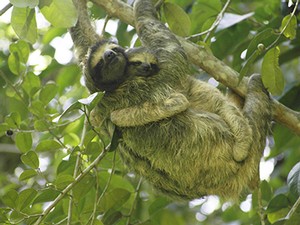 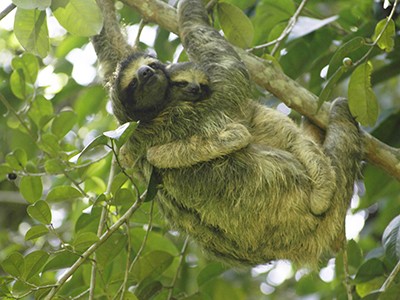