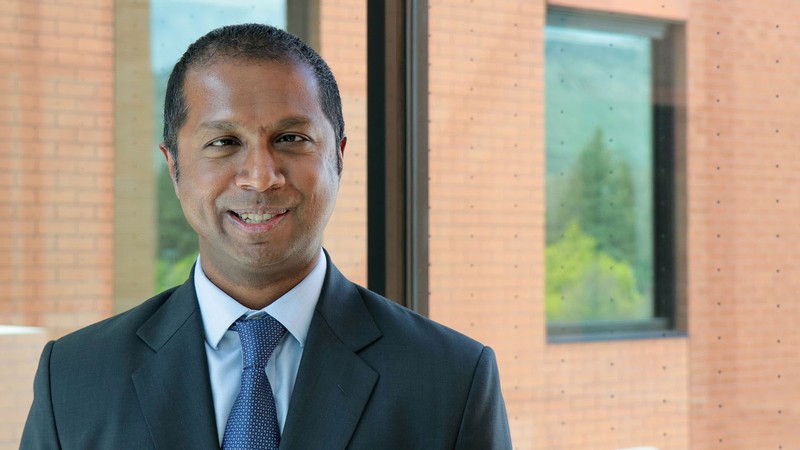 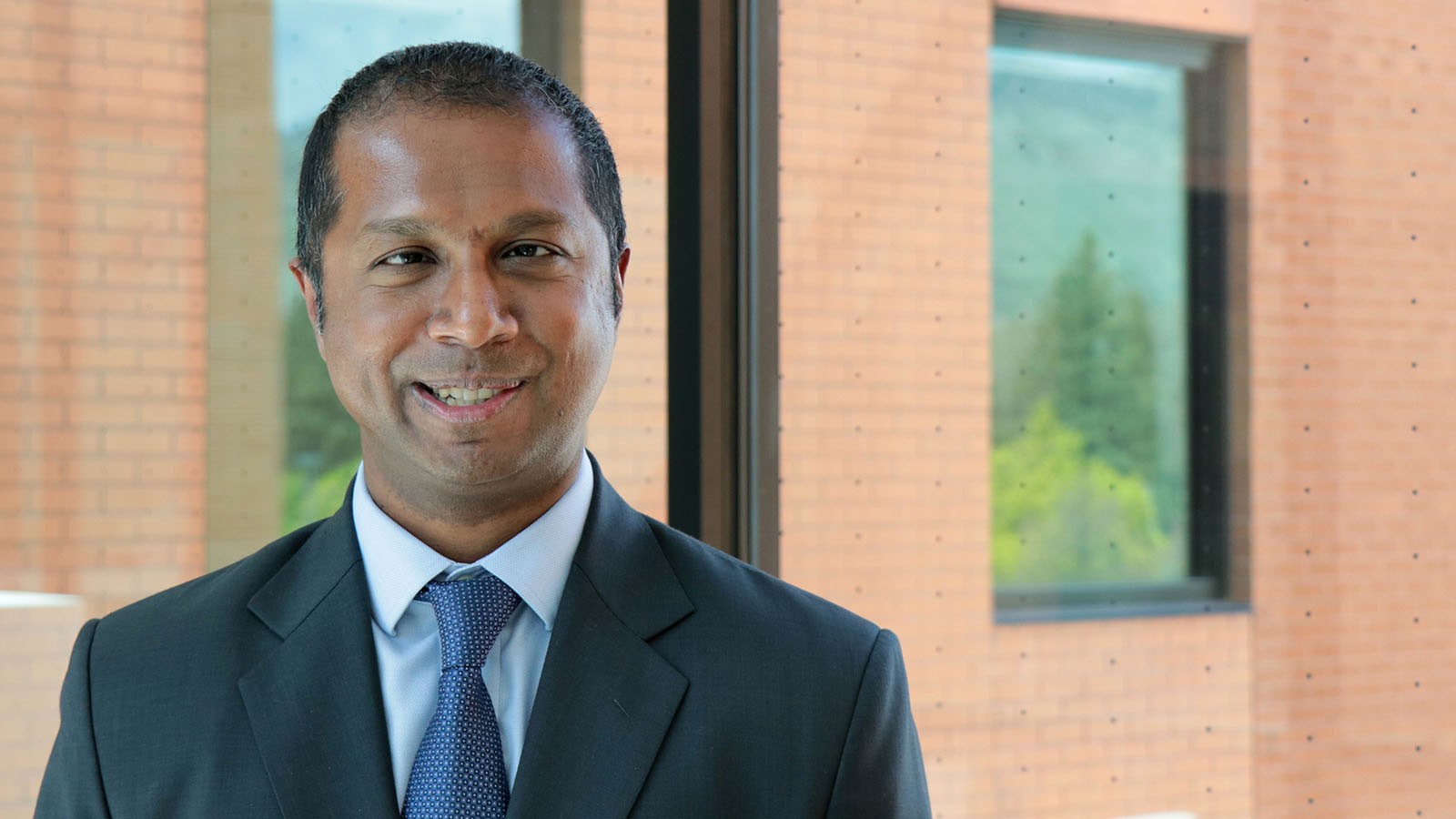 Starting in January 2021, Pavithran will be the new U.S. Access Board executive director. The board is a leading source on accessible design in the nation and the world. It develops standards for buildings, sidewalks, transit vehicles, telecommunications equipment, medical diagnostic equipment and information technology.

The U.S. Access Board is small, Pavithran said, but it has a large footprint. Its membership includes leadership from a number of federal agencies, as well as public board members from all over the country.

“We are unique in a way because most countries don’t have anything like that,” Pavithran said. “A lot of countries try to duplicate what we do. We are the gold standard that countries come to… there are always foreign diplomats coming to visit and asking us to go out there to help them when it comes to standards and guidelines.”

Pavithran himself served on the board after he was appointed by former United States President Barack Obama in 2012.

He has worked at the Center for Persons with Disabilities for 20 years, starting with WebAIM.

“Sachin worked with WebAIM when he was an undergraduate student,” said Cyndi Rowland, director for WebAIM’s, an organization that works with industry, government and education to make websites and digital materials accessible to people with disabilities. “Beyond the work he did for us was the way in which he shared perspectives of being a tech user with a disability. He helped us see important shifts that we needed to make. WebAIM is more relevant for having had Sachin in our early years.”

As he studied, worked and assumed leadership roles, both Pavithran and the accessibility movement have grown and changed perspective.

In the 90s, when he was a student at USU, the concept of accessibility was still gaining traction. Assistive technology—the high- and low-tech devices that help people with disabilities gain or maintain independence—was by and large expensive and hard to find. Today, phones, computer software and architecture have some built-in accessibility. Corporations like Apple, Google, Microsoft and Amazon have whole teams working on it, and they are competing with each other in that space, finding ways to do it better.

“They realize it’s a pretty big market,” Pavithran said. “It’s a market that has buying power, this is a market that is getting bigger and bigger because the baby boomer population is getting older, and they’re also going to use some of this technology.”

Even so, there is a lot of work to be done before people with disabilities—like Pavithran himself, who is blind—can fully interact in their communities. For example, it is still very hard for him to go to a concert at a large venue, find his seat and then leave it for a little while to find a restroom or buy refreshments without depending on someone else. And still, before he buys a piece of technology, he spends a lot of time researching whether he can actually, physically use it. And the barrier of transportation remains enormous for people with disabilities, limiting where they work and live, and interfering with interactions in their own communities.

Over his years at Utah State University and the CPD, Pavithran has experienced his own evolution. He came to the United States after growing up in Dubai, and he had almost no experience with people with disabilities, other blind people or using a white cane to get around.

“When I came to the CPD I used to go straight to my office, sit at my desk, and do what I needed to do, then go back home,” Pavithran said. “I would not explore around the building, didn’t go meet people, didn’t do anything because I wasn’t confident enough that I could figure it out.”

Pavithran learned to overcome his natural shyness, as advocating for himself and other people with disabilities became a priority. Another huge influence was getting involved in the National Federation of the Blind.

“I was invited to go to Washington, D.C., in early 2007,” Pavithran said. “The Washington seminar and the speakers at the event [were] blind people who held high positions in organizations, whether it’s nonprofit, government, in the public sector or leading different companies. Attorneys, people working in the White House, people who are successful. And I had no idea there were blind people who were that successful, like absolutely no clue. It changed my perspective… running into hundreds of blind people just doing things and saying, ‘Hey, let’s go to dinner, it’s just three blocks down the street over there.’ How do you do that without someone helping you get to that? It was just as foreign. It was so out of my comfort zone. I just tagged along with those people, and I started telling myself, I need this. I need to be able to do this.”

Since that time Pavithran has served as an advocate and leader at the national level, not just with the Access Board with also as president of the Association of University Centers on Disability. Pavithran has stressed the need to address underserved populations within the disability community.

“It’s a topic that hasn’t been given a lot of attention, because people really didn’t think people who are not the majority race could have a different level of treatment within the disability community,” Pavithran said. “It was surprising to the disability population at large, because they thought all disability people were … piled into the same group. But the reality is, there are a lot of things that still need to be addressed. There’s inequity. When you are a person of color, you still have those prejudices against you that exist in this society. Now, when you tack on disability on top of that, it is just a double-whammy at that point. … If you look at a lot of the data, unless they live in a community that has a large [minority] percentage of the population, you usually don’t see them getting a lot of services.”

Pavitrhan will now lend his perspective on the national stage, and he’s ready.

“Sachin has trained worldwide to large audiences in a number of countries,” said Marilyn Hammond, who has worked with him for years at the Utah Assistive Technology Program. “His advice and expertise is sought after by legislators and government officials. Sachin will be sorely missed at the CPD. He truly does make the world a better place for all of us.” 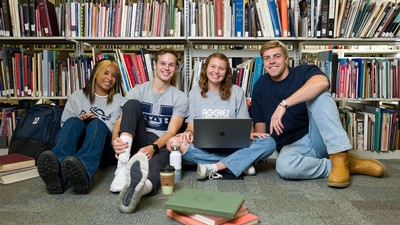 Utah State University has released "The Greats 2022," outlining the most unique and impactful Aggie accomplishments of the past year.