Larry Elliot is a third generation greenhouse grower in Farmington who raises carnations, snapdragons and several other varieties of cut flowers that he sells to florists and distributors. He's the manager, grower and all-round proprietor of Nicholls Flowers, just two blocks from State Street in Farmington.


He points to a few tomatoes in his home garden that survived the frost and says he dabbles in growing hay, but cut flowers are his livelihood. The business was founded by his grandfather in the early 1940s, and was carried on by his father and now him. The business has grown and diminished a little from year to year, but it has remained stable, employing eight people and selling about a quarter million flowers per year.

"It's a changing business, and I don't know if it will go on to the next generation," Elliot says.

"It's hard to compete with California and Florida where there are huge outdoor cut flower operations and South America that has lower labor prices. And now there's the Internet."

He explains that the Internet has changed everything because now essentially anybody can compare prices from around the country and around the world. People can buy from anybody anywhere, so Elliot relies on close sales margins and close relationships with customers and Utah State Extension.

Of course it helps that the office is just around the corner, but being able to send samples to the plant diagnostic lab at Utah State has also been a big help, he says. Debbie (Amundsen) and Shawn (Olsen) have always been there to help before a plant disease gets out of control.

He points to a row of dried and withered carnations as an example of what can happen if disease spreads.

"I've always been able to get samples tested and get results back quickly by working with the Extension agents in the county and the specialists on campus," Elliot says.

To find out more about Davis County, click here. For more about Extension in other counties take the Extension tour of Utah. 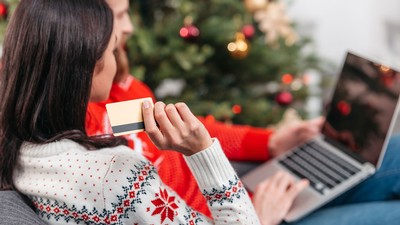