Roger K. Kjelgren, associate professor of urban horticulture in Utah State University’s Department of Plants, Soils and Biometeorology, has been awarded a Fulbright Scholar grant to Thailand during the 2005-06 academic year, according to a news release from the U.S. Department of State and the J. William Fulbright Foreign Scholarship Board.
Next fall, Kjelgren will travel to Kasetsart University in Bangkok, where he’ll spend six months teaching and assisting the department of forestry faculty in developing curriculum for the school’s new urban forestry program.
“It will be a great learning experience and quite a change from Utah,” said Kjelgren, who joined Utah State’s faculty in 1992, directs the master of professional studies in horticulture program and is a founder of the university’s six-year-old Center for Water-Efficient Landscaping.
While Bangkok’s hot, humid climate, dominated by the Asian Monsoon, differs markedly from the arid Intermountain West, Kjelgren will continue to train aspiring urban foresters to understand the complexity of water management in rapidly urbanizing areas.
“Bangkok has undergone significant growth in recent years and the metropolitan area’s population now exceeds 10 million,” said Kjelgren. “The Thai government has made improving the urban environment a top priority.”
He added that Bangkok is the country’s cultural, educational, political and economic center, as well as the main port and tourist gateway.
Kjelgren said he hopes his work with Kasetsart University, Thailand’s state agricultural institution of higher learning, will lead to an ongoing relationship with Utah State and future exchanges between Kasetsart and Utah State scholars.
Following his Fulbright experience in Thailand, Kjelgren will continue his year-long sabbatical with a six-month stint at the University of Queensland in Australia. There, he will serve as a visiting lecturer at the university’s Center for Native Floriculture.
Kjelgren is one of approximately 800 faculty and professionals from the United States who will travel abroad to some 140 counties for the 2005-06 academic year through the Fulbright Scholar Program. Established in 1946 under legislation introduced by the late Sen. J. William Fulbright of Arkansas, the program’s purpose is to build mutual understanding between the people of the United States and other countries. 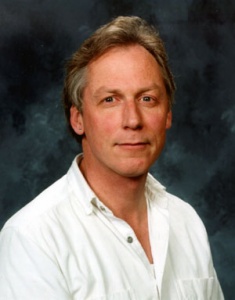