Utah State University's Special Collections and Archives has joined the Library of Congress to educate future generations about America's veterans. The endeavor, known as the Veterans History Project, is aimed at gathering wartime stories and chronicling this information through recorded interviews and other documents.


"We want to encourage people to participate," said Randy Williams, director of the Veterans History Project at Utah State and Fife Folklore archive curator of Special Collections and Archives. "If they're interested in getting involved, either by sharing their stories or by being willing to interview and work with those veterans, we would be happy to work with them."

The project was created by Congress in October of 2000 to honor the nation's war veterans. The legislation was signed into law by President Bill Clinton the same month.

Utah State joined the Library of Congress by becoming part of the Veterans History Project, collecting wartime histories from the surrounding areas, including Cache, Box Elder and Rich counties. Williams said the project will involve a summer workshop in June to train volunteers. Anyone can join the project by becoming a volunteer, a partner or a youth partner, Williams said.

According to the Veterans History Project brochure, volunteers will interview war veterans and transcribe their recordings, or identify documents to donate. Volunteers may be family members, fellow veterans, students or other interested citizens who collect veterans' histories and donate them to the project.

The brochure describes a partner as a civic organization, veterans group, government agency or an institution, such as a museum, library, community college or university. Partners can assist by developing public programs or events associated with the project.

The pamphlet defines youth partners as classes of students and teachers in middle and secondary schools, after-school programs and youth groups. The youth partners teach and learn the techniques and educational value of oral history.

According to the Veterans History Project How-to Guide, "The legislation calls upon the American Folklife Center at the Library of Congress to collect and preserve audio- and video-taped oral histories, along with documentary materials such as letters, diaries, maps, photographs, and home movies of America's war veterans and those who served in support of them."

"Every person's story is like a quilt," said Williams. "Every patch is important, but when you stand back, you see something really beautiful. Each of these stories makes the quilt more beautiful and more full, rich and textured. I really hope that we can get a variety of colors from different past experiences."

Williams said there are 1,500 veterans dying each day, and 1,100 of them are World War II veterans. She said the need to document their history is at an all-time high. Though the urgency is placed on collecting World War II and Korean War histories, veterans from the Vietnam and Persian Gulf wars are also important, she added.

As program director, Williams said she will be in charge of organizing the summer workshop when the department finds out if a grant is awarded. The event will accommodate approximately 40 volunteers. She said she wants to stress the importance of the workshop in getting people involved in the project. 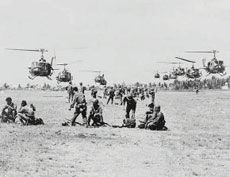 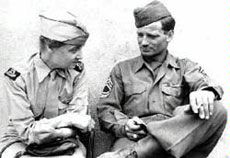