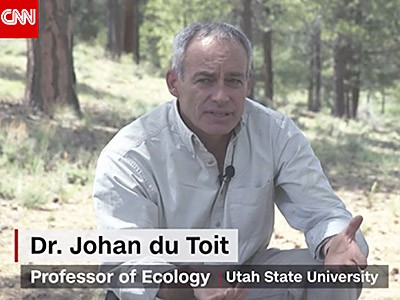 On May 9, 2016, President Obama signed the National Bison Legacy Act into law, making the American bison the official national mammal of the United States. But just a fraction of the iconic animals, that roamed the North American plains in the millions at the start of the 19th Century, remain.

And most of these, says Utah State University ecologist Johan du Toit, have been hybridized, to some extent, with cattle.

But a unique population of about 350 genetically pure bison, disease-free and not crossbred with cattle, lives on and thrives in southeastern Utah’s Henry Mountains. du Toit, professor in USU’s Department of Wildland Resources and the USU Ecology Center, says these animals may be instrumental in conserving the national mammal and restoring the massive bovines to their former ranges.

du Toit, who, along with colleagues and students, has studied the Henry Mountains herd extensively, is featured in a July 6, 2016, CNN News video.

“This bison population provides a source of inspiration to people who are interested in … restoring some of the splendor of the wildlife that used to occur on this continent,” he told CNN. “Particularly for a species that has played such an important part in the history of the indigenous people of North America.” 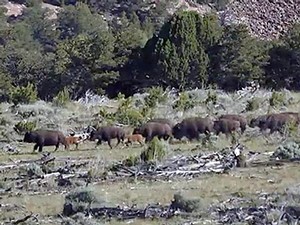 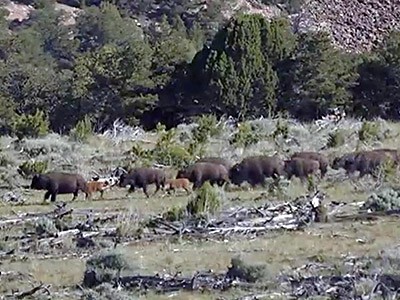